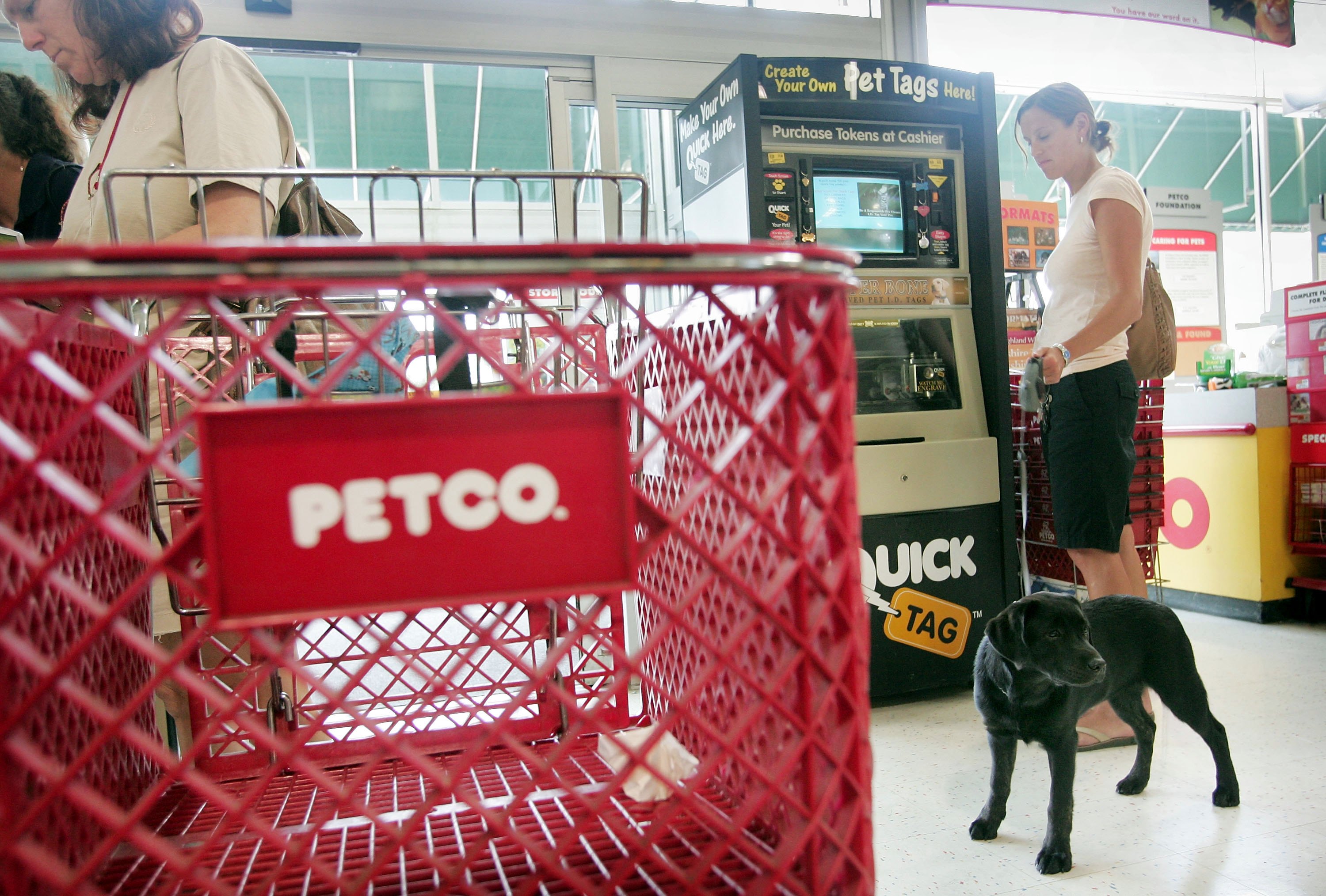 Petco said Monday it has removed all remaining Chinese-made dog and cat treats from its website and stores nationwide because of concerns they have sickened thousands of pets and killed more than 1,000 dogs in the U.S. since 2007.

The U.S. Food and Drug Administration says initial tests have not connected the Chinese jerky and rawhide treats to the illnesses, but the San Diego-based company and its rival PetSmart both vowed in May to ban the snacks.

Petco is the first national pet retailer to pull the treats from its 1,300 stores. Phoenix-based PetSmart Inc. said Monday that it plans to have them off shelves at its roughly 1,300 stores by March.

John Sturm, Petco's vice president of pet nutrition and merchandising, told CBS News in an email that the company has been "actively reducing our China-made assortment and expanding our American-made offerings for several years now."

He also noted that, "while there is no direct, definitive link identified by the FDA between the reported illnesses in cats and dogs and China-made treats, as a trusted source to our customers, we decided pet parents' concerns about the safety of China treats was significant enough to pull these products from our shelves."

The FDA targeted the treats after receiving more than 4,800 complaints of pet illnesses, including the deaths, after pets ate chicken, duck or sweet potato jerky treats from China. Tests have not confirmed any connection, but the agency is still investigating. Meanwhile the number of cases continued to climb, with illness reported in more than 5,600 dogs, 25 cats and 3 humans as of October.

Symptoms may occur within hours or days after eating the treats, the FDA warned, and can include decreased appetite, decreased activity, vomiting, diarrhea (sometimes with blood or mucus), increased water consumption and/or increased urination. In severe cases, pets may be diagnosed with pancreatitis, gastrointestinal bleeding, and kidney failure.

The FDA said it has tested for a wide range of contaminants including Salmonella, pesticides, rodenticides, mold, arsenic, led, antibiotics and other chemicals, but has so far been unable to determine the cause of the illnesses.

Sturm said Petco treats are now made in the U.S. or places such as the Netherlands, New Zealand, Australia and South America. The company risked tens of millions of dollars by changing treat vendors, he said.