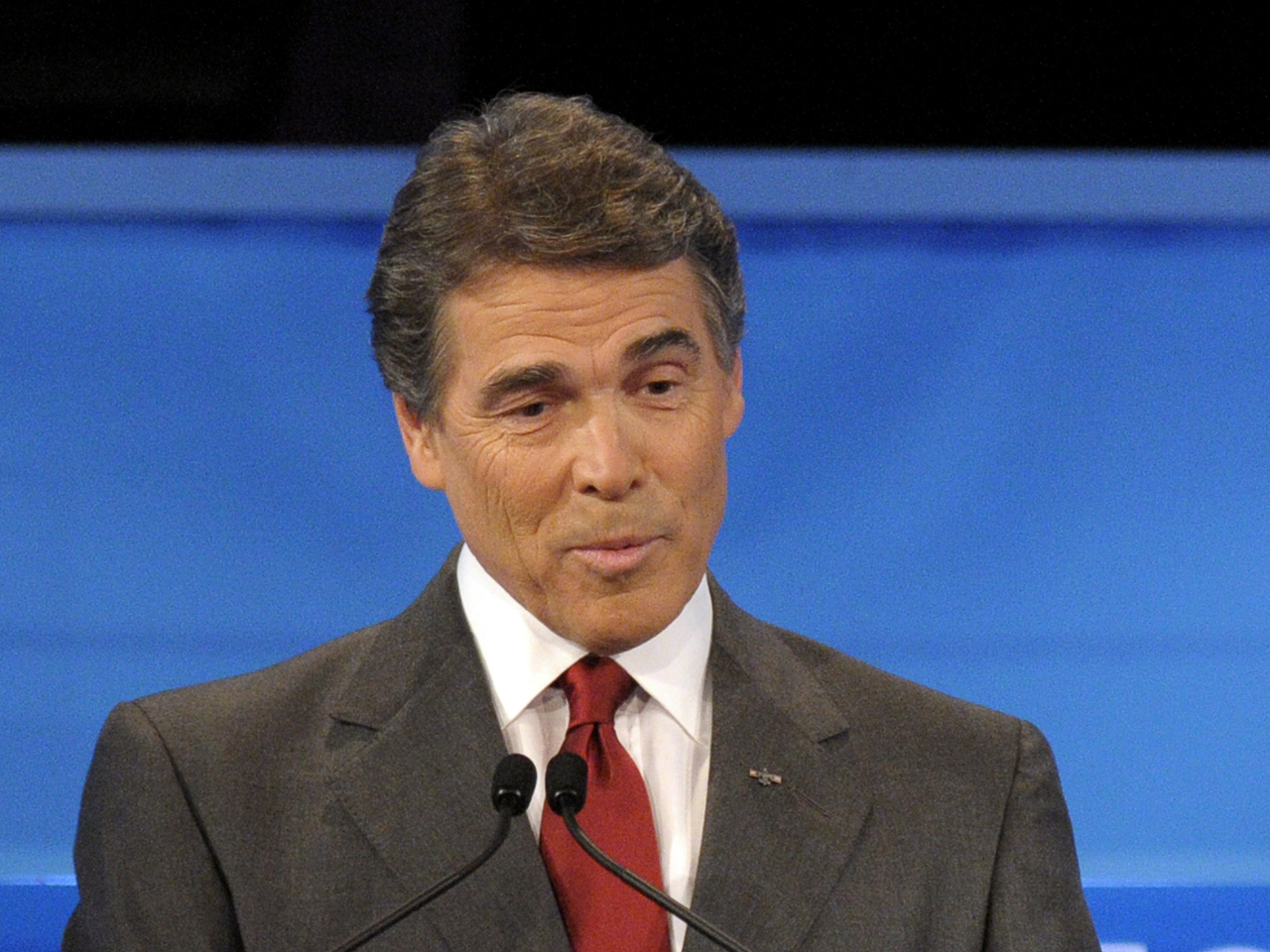 Texas Governor Rick Perry responded Monday to criticism by President Obama regarding his position on climate change, calling the president's remarks "outrageous" and suggesting Mr. Obama was exploiting the fires for political purposes.

"It's outrageous President Obama would use the burning of 1,500 homes, the worst fires in state history, as a political attack," Perry spokesman Ray Sullivan told Politico via email. "This from a president whose nation is financially suffering and his solution is taking more money away from families by raising taxes on families and small businesses."

Mr. Obama on Sunday took a swipe at Texas Governor Rick Perry for his skepticism regarding climate change, pointing to "a governor whose state is on fire denying climate change" as exemplification of the weakness of the Republican presidential field.

"I mean, has anybody been watching the debates lately?" he asked at a campaign fundraiser in California. "You've got a governor whose state is on fire denying climate change," Obama said.

The president also called out audience members from two recent GOP presidential debates for their responses to sensitive moments in the debates.

"It's true," said Mr. Obama. "You've got audiences cheering at the prospect of somebody dying because they don't have health care and booing a service member in Iraq because they're gay."

"That's not reflective of who we are," Mr. Obama continued. "This is a choice about the fundamental direction of our country. 2008 was an important direction. 2012 is a more important election."

Perry, whose state has recently been ravaged by a series of wildfires, has suggested that climate change is a hoax - and that the data surrounding global warming has been manipulated by climate scientists for financial gain.

At an August event, Perry said "there are a substantial number of scientists who have manipulated data so that they will have dollars rolling into their projects."

"I do believe that the issue of global warming has been politicized. I think there are a substantial number of scientists who have manipulated data so that they will have dollars rolling in to their -- to their projects," Perry said. "And I think we're seeing almost weekly or even daily scientists who are coming forward and questioning the original idea that man made global warming is what is causing the climate to change. Yes, our climate's changed, they've been changing ever since the Earth was formed."

In his remarks, Mr. Obama urged Democrats to "push back" against news organizations that provided  "inadequate information."

"And in some cases I may need you to have some arguments with our progressive friends," he said. "We're going to have a stark choice in this election... But I have to make sure that our side is as passionate and as motivated and is working just as hard as the folks on the other side because this is a contest of value. This is a choice about who we are and what we stand for and whoever wins this next election is going to set the template for this country for a long time to come."