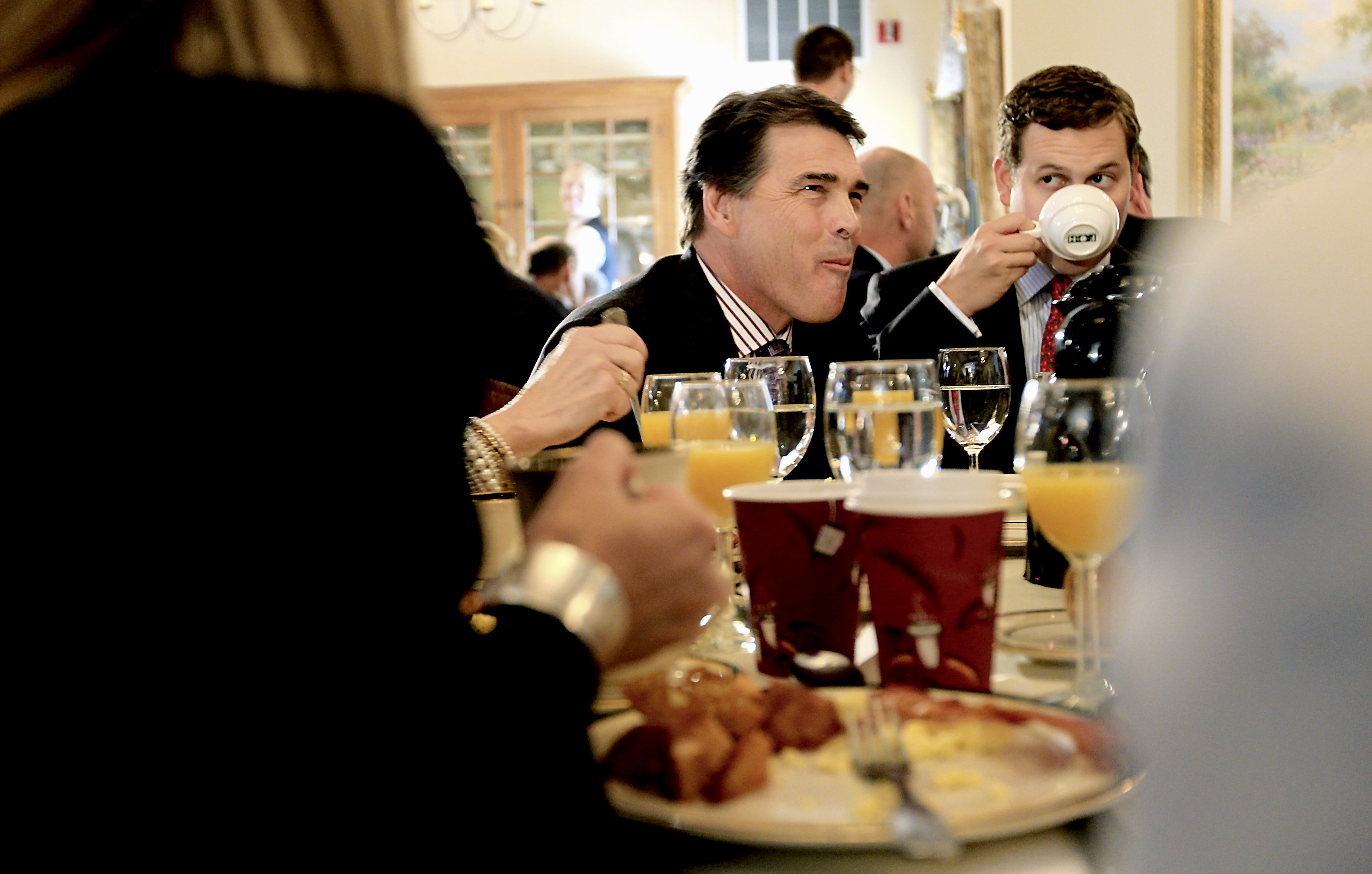 Republican presidential candidate Rick Perry said Wednesday morning that he does not believe in global warming science and suggested it is grounded in scientists manipulating data for financial gain.

The Texas governor was appearing at a New Hampshire breakfast event with business leaders Wednesday morning when he said "there are a substantial number of scientists who have manipulated data so that they will have dollars rolling into their projects."

Perry said scientists are coming forward almost daily to question "the original idea that man-made global warming is what is causing the climate to change." He said the climate is changing but that it has been changing "ever since the earth was formed."

Perry added that "the issue of global warming has been politicized," and argued that America should not spend billions of dollars addressing "a scientific theory that has not been proven, and from my perspective is more and more being put into question."

There is wide consensus among climate scientists that global warming is taking place and that the actions of human beings have contributed to the increasing temperatures.

Many conservatives have questioned that conclusion, but Perry's chief rival for the Republican presidential nomination, Mitt Romney, has said he accepts the scientific consensus.

"I believe the world is getting warmer, and I believe that humans have contributed to that," Romney said in New Hampshire in June. "It's important for us to reduce our emissions of pollutants and greenhouse gases that may be significant contributors."

Perry's primary focus during the "Politics and Eggs" Breakfast in Bedford was the economy. He sought to create a contrast with President Obama on job creation, saying, "my actions as governor are helping create jobs, while the president's tax and regulation policies are killing jobs."

Perry also said his decision as governor to sign an executive order requiring that sixth-grade girls in Texas be vaccinated against the human papilloma virus - prompting criticism from many social conservatives, who worried that such a vaccination would encourage promiscuity - was a mistake, according to the Nashua Telegraph.

Perry added that he would not have signed the deal worked out between Republicans and Democrats to raise the debt limit in order to avoid a potential economic catastrophe.