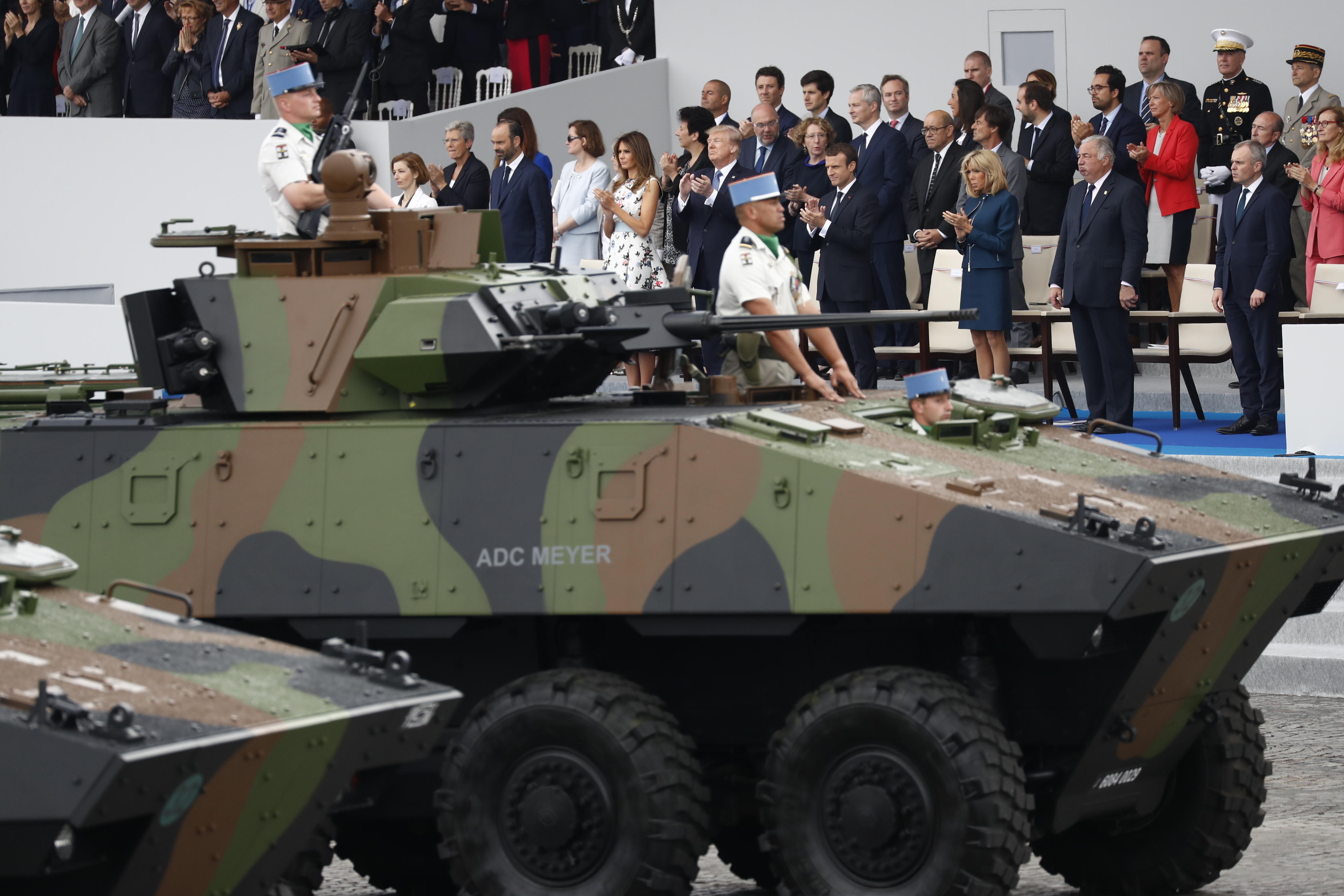 President Trump has requested that the military begin preparations for a military parade in the nation's capital, CBS News has confirmed.

The news was first reported by The Washington Post. "The Pentagon is aware of the request and is looking at possible dates," Pentagon spokesman Charles Summers said, according to CBS News' David Martin. Not much planning has been done yet, according to Summers, because the request is only two weeks old.

The president has repeatedly mused about how he would like a military parade. He was impressed by a French military parade in Paris on Bastille Day last year, and spoke publicly about wanting a similar one in the U.S.

"It was one of the greatest parades I've ever seen," Mr. Trump told reporters two months after viewing the Bastille Day parade. "It was two hours on the button, and it was military might, and I think a tremendous thing for France and for the spirit of France."

Mr. Trump has now told the military to make his wishes a reality. He gave the marching orders during a meeting with top generals at the Pentagon on Jan. 18, according to the Post.

"The marching orders were: I want a parade like the one in France," one official told the Post. "This is being worked at the highest levels of the military."

"President Trump is incredibly supportive of America's great service members who risk their lives every day to keep our country safe," Sanders said in a statement provided to the White House press pool. "He has asked the Department of Defense to explore a celebration at which all Americans can show their appreciation."

A White House official told the Post that the idea was still in the "brainstorming" phase, and that "there's really no meat on the bones." However, the official also said that Mr. Trump is adamant about doing "something that highlights the service and sacrifice of the military" that would serve as "a unifying moment for the country."

Mr. Trump wants the parade to happen on Pennsylvania Avenue in Washington, D.C., the Post reports, although no location has been set yet. Municipal officials in D.C. have not been informed about the parade plans.

Dates discussed for the event include July 4 and Memorial Day, which is May 28. According to the Post, however, the Pentagon prefers it be held on Nov. 11, which is both Veterans' Day and the 100th anniversary of the end of World War I.

Military parades are unusual but not unprecedented in American history. In 1991, a parade was held in Washington to celebrate victory in the Gulf War. And Presidents Kennedy and Truman had military equipment at their respective inaugurations during the Cold War.

But a military parade could be difficult from a logistical standpoint, the Post notes. For one thing, Washington's streets are not built to support 70-ton tanks. And the event would likely cost millions of dollars, with no clear plan on how it would be paid for.

Still, Mr. Trump has publicly entertained the idea of holding a military parade since before he took office. "That military may come marching down Pennsylvania Avenue," he told the Post prior to his inauguration. "That military may be flying over New York City and Washington, D.C., for parades. I mean, we're going to be showing our military."