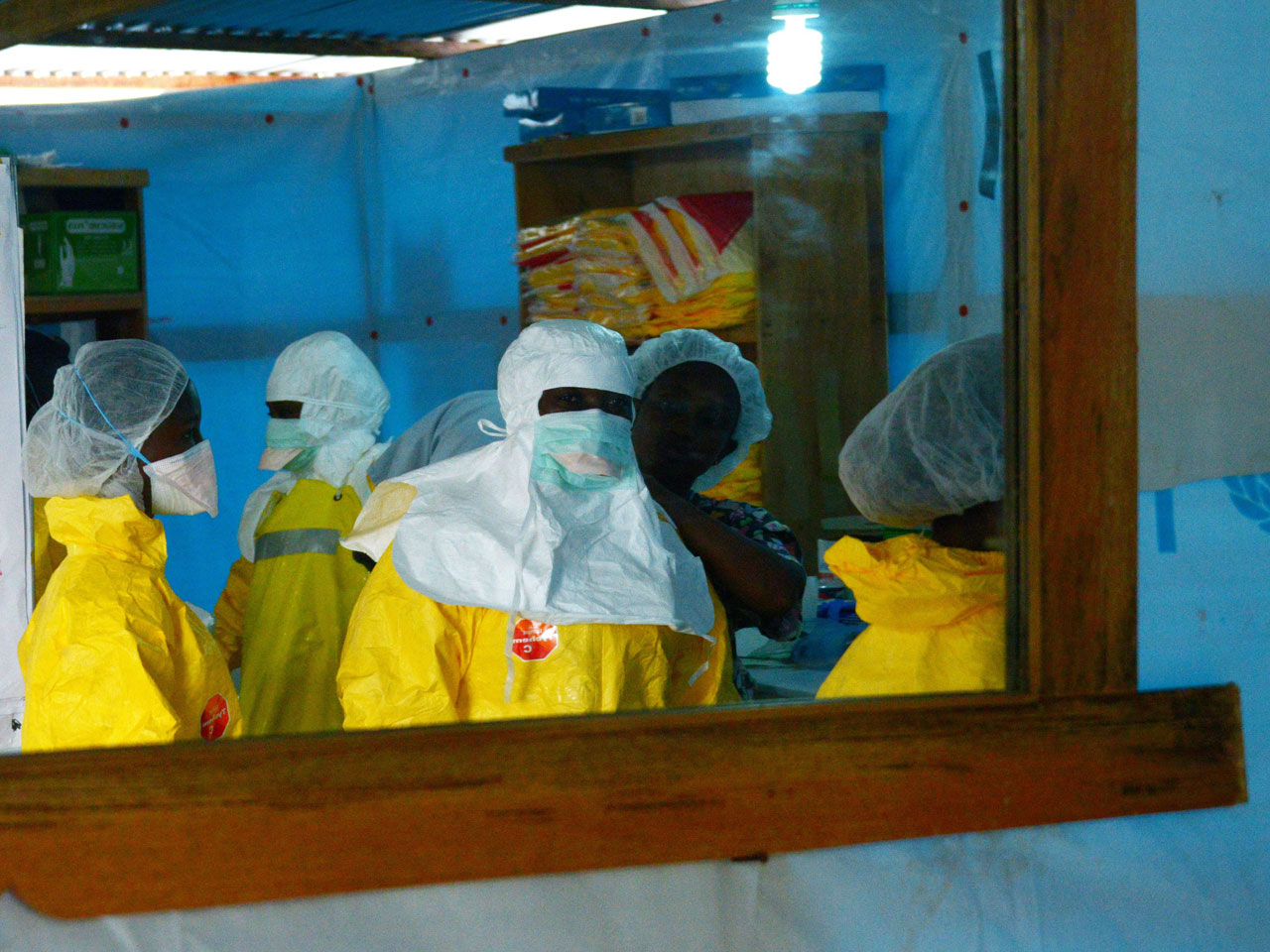 MONROVIA, Liberia - The United States and Britain plan to send military personnel to help contain West Africa's Ebola outbreak, as the World Health Organization warned Monday that many thousands of new infections are expected in Liberia in the coming weeks.

The current Ebola outbreak is the largest on record. It has spread from Guinea to Sierra Leone, Liberia, Nigeria and Senegal and killed more than 2,000 people. An "exponential increase" in new cases is expected in the coming weeks, the U.N. health agency warned.

"As soon as a new Ebola treatment facility is opened, it immediately fills to overflowing with patients, pointing to a large but previously invisible caseload," WHO said in a statement about the situation in Liberia, the hardest-hit country. "Many thousands of new cases are expected in Liberia over the coming three weeks."

The head of the U.S. Centers for Disease Control, Dr. Thomas Frieden, had warned last week that the outbreak was "spiraling out of control."

So far, more than 3,500 people have been infected, nearly half of them in Liberia.

In response to the spiraling disaster, President Barack Obama said Sunday that the military would help to set up isolation units and provide security for public health workers responding to the outbreak.

Military personnel will set up a 25-bed field hospital in the Liberian capital, Col. Steven Warren, a Pentagon spokesman, said Monday. The clinic will be used to treat health care workers, a high number of whom have become infected in this outbreak.

Once set up, the center will be turned over to the Liberian government. There is no plan to staff it with U.S. military personnel, Warren said.

CBS News correspondent David Martin reports USAID requested the hospital, adding that it is very likely only the beginning of an ongoing series of deployments of military aid to help combat the outbreak.

"This is not Liberia's particular fight; it is a fight that the international community must engage very, very seriously and bring all possible resources to bear," said Information Minister Lewis Brown.

And Britain will open a 62-bed treatment center in Sierra Leone in the coming weeks. It will be operated by military engineers and medical staff with help from the charity Save the Children, Britain's Department for International Development said Monday.

The clinic will also include a special section for treating health care workers, offering them high-quality, specialist care, the statement said.

Currently, there are about 570 beds in Ebola treatment centers in Guinea, Sierra Leone and Liberia, the hardest-hit countries, and the World Health Organization says nearly 1,000 more are needed, the vast majority of those in Liberia.

But experts say it's not just beds, but more international and local health workers that are needed. Doctors Without Borders welcome the U.S. announcement but urged Washington to not simply set up clinics but also to staff them.

Many health workers, however, have been reluctant to respond to the crisis out of concern that there isn't enough protective equipment to keep them safe. The African Union, which was holding an emergency meeting on the outbreak Monday, has promised to send in doctors and nurses but wants assurances that they will be safe.

Ebola is spread through the bodily fluids of people who show symptoms, and doctors and nurses are at high risk of infection because they work closely with the sick.

Officials have said flight bans and border closures - meant to stop the disease's spread - are slowing the flow of aid and protective gear for doctors and nurses to the region. Senegal, which has shut its land border with Guinea and banned flights from Sierra Leone and Liberia, said Monday it was planning to open a "humanitarian corridor" to the affected countries.

In Nigeria, authorities are monitoring 477 people in the southern oil hub of Port Harcourt who came into contact with infected people.