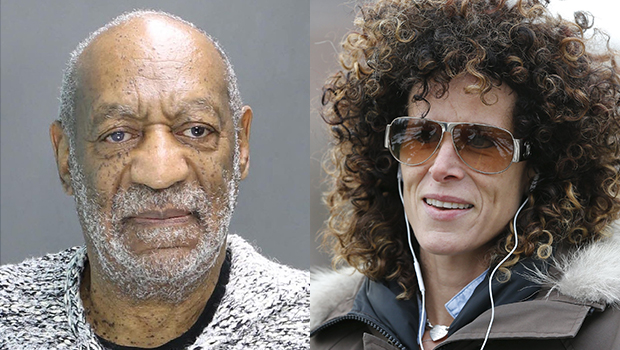 A Pennsylvania judge has decided that disgraced comedian Bill Cosby will go to trial for criminal sexual assault.

The judge reviewed testimony, excerpts of the comedian's interview with police and other evidence from prosecutors.

Earlier, it was revealed in court that Andrea Constand told authorities that Cosby violated her sexually after giving her three pills that made her dizzy, blurry-eyed and nauseated and left her legs feeling "like jelly," according to a police report read at the hearing on Tuesday.

"I told him, 'I can't even talk, Mr. Cosby.' I started to panic," the former Temple University athletic department employee told police in 2005.

The testimony was read at a preliminary hearing to determine whether prosecutors have enough evidence to put the 78-year-old TV star on trial on sexual assault charges that could bring 10 years in prison.

It was not the face-to-face confrontation between accuser and accused that some had anticipated: Constand was not in the courtroom, and the judge ruled that she would not have to testify at the hearing and that prosecutors could instead have her statements to police read into the record.

Cosby's lawyers argued unsuccessfully that that would be hearsay and would deprive him of his right to confront his accuser. Such testimony from law enforcement officers is common practice at preliminary hearings in Pennsylvania, which have a far lower burden of proof than trials.

In her statement, Constand said Cosby penetrated her with his fingers as she drifted in and out of consciousness soon after he gave her the pills at his suburban Philadelphia mansion in 2004.

She said Cosby told her the pills were herbal medication. She said he also urged her to sip wine even though she said had not eaten and didn't want to drink.

Constand said her legs felt "rubbery" and "like jelly." ''Everything was blurry and dizzy. I felt nauseous," she said, according to the police report.

Constand told detectives that Cosby positioned himself behind her after telling her to lie down on the couch when she became dizzy. She said she awoke with her bra askew and did not remember undoing it.

Cosby has said it was consensual sexual activity.

During exchanges with Constand's lawyer Dolores Troiani in 2005 and 2006,Cosby admitted that he did not verbally ask her for consent for their sexually encounter: "I didn't say it verbally, I said, The action is my hand on her midriff, which is skin ... I don't hear her say anything. And I don't feel her say anything. And so I continue and I go into the area that is somewhere between permission and rejection. I am not stopped."

Cosby also admitted to Troiani that he had had sexual relationships with at least two 19-year-olds and that a modeling agency would send "five or six" models to his studio each week while he was working on his sitcom.

Cosby said he first became interested in Constand when he saw her at Temple University, and Constand had gone to him for career advice. Cosby said he gave her the pills to address her stress.

Earlier Tuesday, the comedian walked into the courthouse on the arm of an aide, waving to people waiting outside. He looked healthier than he did when he was charged in December, and was not carrying a cane this time.

Prosecutors reopened the case last year after dozens of women leveled similar allegations and after Cosby's sealed deposition in Constand's lawsuit was made public.

He settled her lawsuit for an undisclosed sum in 2006 after testifying about his extramarital affairs, his use of quaaludes to seduce women and his efforts to hide payments to former lovers from his wife.

The testimony and the barrage of allegations have all but destroyed Cosby's nice-guy image from TV's "Cosby Show."

Cosby's lawyers are trying to get the case thrown out, arguing that a previous prosecutor a decade ago made a binding promise that the comic would never be charged. On Monday, Pennsylvania's Supreme Court rejected a request to delay the preliminary hearing while Cosby pursues a dismissal.

Cosby has not entered a plea since his Dec. 30 arrest. He is free on $1 million bail.

He is also fighting defamation lawsuits across the country for allegedly branding his accusers liars and is trying to get his homeowner insurance to pay his legal bills.

Constand is now a massage therapist in Toronto.