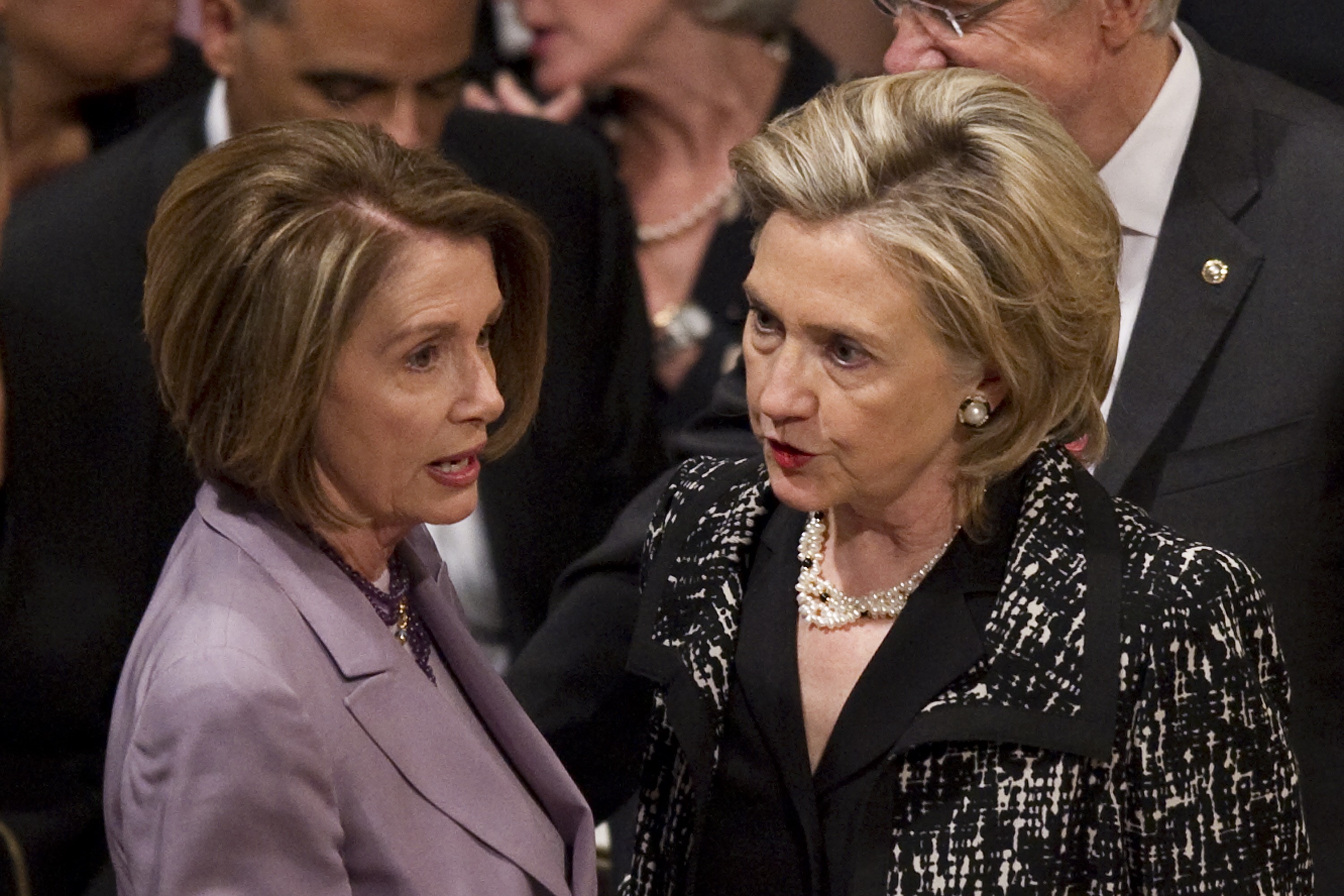 Hillary Clinton has not said whether she will run for president in 2016, but House Minority Leader Nancy Pelosi, D-Calif., is praying she decides to give it a go.

"I pray that Hillary Clinton decides to run for president of the United States," Pelosi said during a panel discussion at the Clinton School of Public Service in Little Rock, Ark., according to the Arkansas Democrat-Gazette.

"Let's set aside for a moment the fact that she's a woman," said Pelosi, who has previously urged Clinton to seek the presidency in 2016. "As a person, she would be the most qualified person to enter the White House in modern history."

"Now, that she happens to be a woman - that is a spectacular thing," she added.

As first lady, Pelosi said, Clinton "saw first hand the challenges and the urgency and the weight of the world on the shoulders of the president."

"Nobody has been first lady, senator, and now secretary of state," Pelosi explained. "So putting everything aside that she is a woman, she'd be the best qualified person we've seen - with all due respect to President Clinton when he went in, President Obama, and President Bush and everybody else."

The California Democrat said that Clinton's election would be "such a lift for our country" and the rest of the world.

"Think of the message it sends to women in the world," she said. "The most powerful figure in the world is a woman, and she also happens to be the most qualified for the job."

Despite her ardor for a Clinton bid, Pelosi clarified that she does not have any inside information: "I have no knowledge of anything except my prayers."

Since leaving the State Department, Clinton has kept a low profile, staging only a few public appearances and speaking engagements. Early polls of the 2016 race have shown her far ahead of any potential Democratic primary challengers, including Vice President Joe Biden.