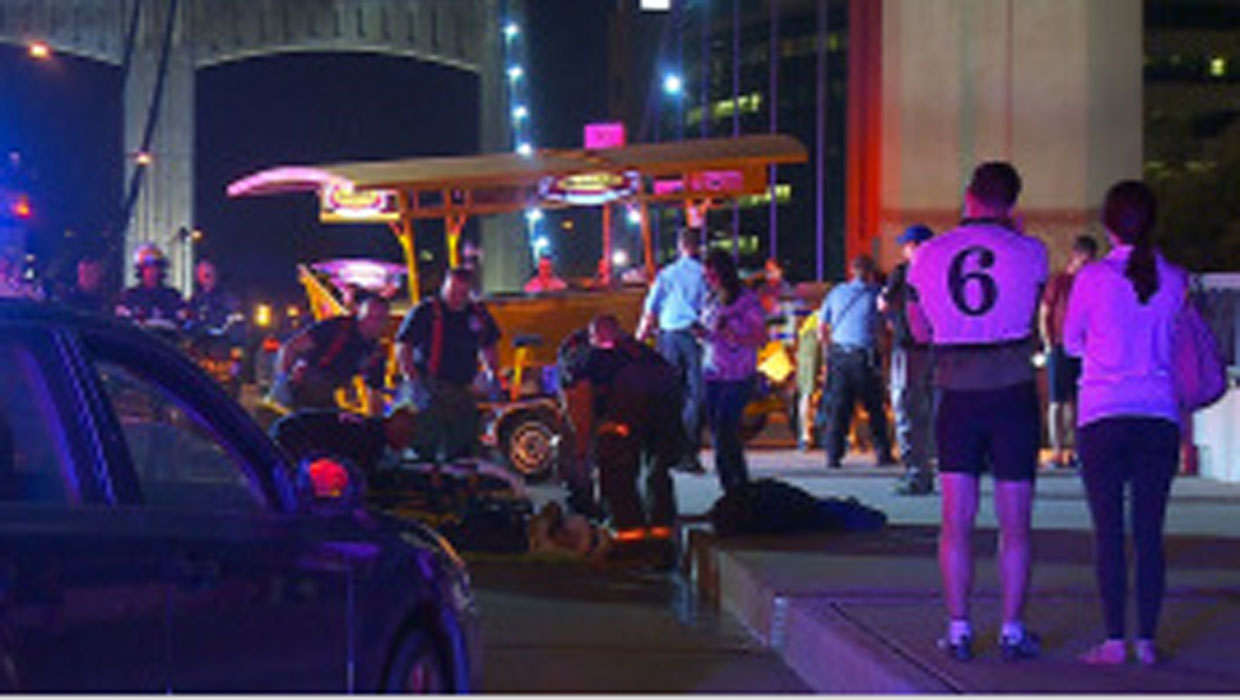 A vehicle struck the mobile bar from behind as it traveled across the Hennepin Avenue Bridge, causing it to tip over.

According to the station, quick-thinking bystanders helped the people who had been pinned down when the Pedal Pub flipped.

"To see that that pub was tipped over, and that a number of people had to come by to actually pick it up to help the folks that were trapped underneath it, gives you an idea of the severity of this accident," said Scott Seroka of the Minneapolis Police Department.

All twelve passengers were taken to the hospital. The driver of the Pedal Pub was unharmed.

The accident happened almost exactly a month after another incident involving a Pedal Pub occurred in Minneapolis, when six people were arrested for "water attacks" on one such vehicle.