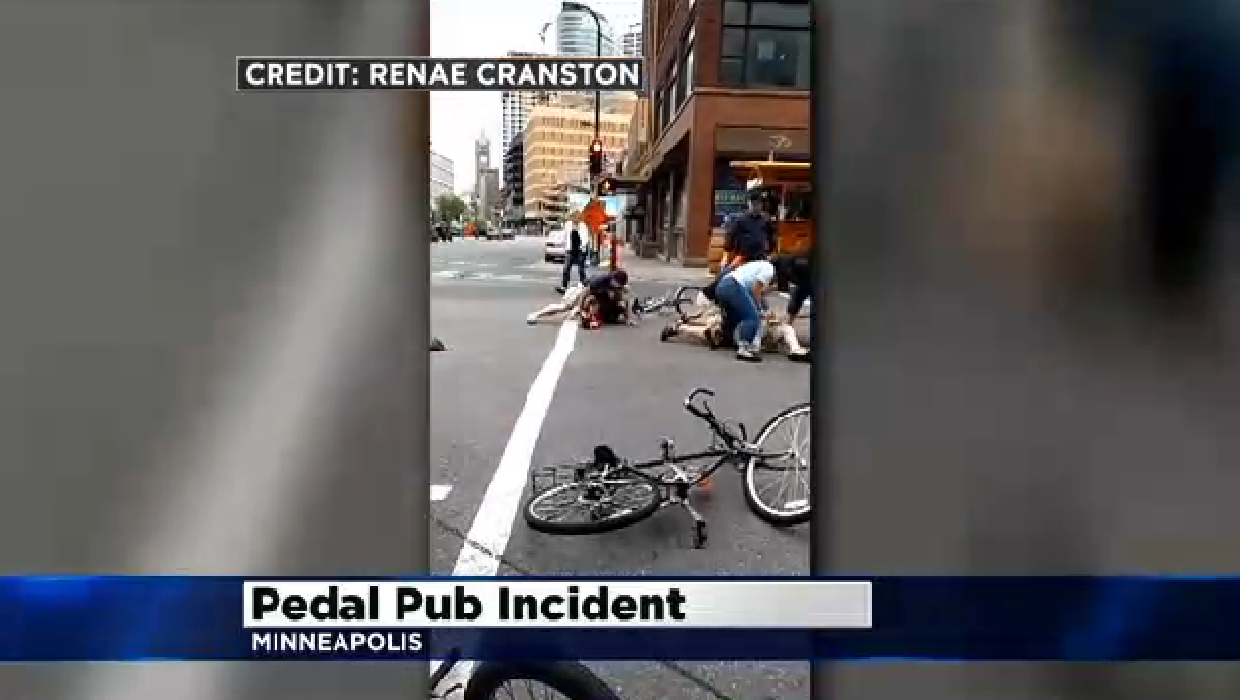 MINNEAPOLIS -- Six people are facing potential criminal penalties in a series of water attacks on three "pedal pubs" in Minneapolis, including one of the mobile party bars that carried six off-duty police officers, reports CBS Minnesota.

PedalPub Twin Cities manager Lisa Staplin said the first two "Mad Max"-style attacks Saturday evening involved bicyclists who sprayed a driver and passengers on one pedal pub with high-powered water guns and threw water balloons at them. She said the driver of the first pedal pub was momentarily blinded by the blast.

"They stopped her in the middle of the street, they blasted her directly in the face and they got a couple of other people, and this is all happening in the street," Staplin told the station.

But the third attack on the slow-moving, people-powered, 16-seat vehicles was foiled when passengers saw the approaching cyclists and held them until Minneapolis police arrived. Burnsville Police Chief Eric Gieske confirmed that six of his off-duty officers were on board. He said he has asked the Minneapolis Police Department for a full investigation.

The police report shows the suspects were booked on suspicion of offenses including terroristic threats, fifth-degree assault and disorderly conduct. All were freed after posting $78 bail. They're scheduled to make their first court appearances June 4.

Staplin said her business checks social media for potential threats and got wind of plans for the attacks Saturday morning via the Facebook page "I hate the Pedal Pub." She said the posts later disappeared and they hoped the threat would blow over. But they warned their drivers to remain alert.

On Sunday, the "I Hate the Pedal Pub" page had a fresh post that said, "I have received a few messages that some people have pursued pedal pubs today with squirt guns and water balloons. Wrong idea guys. Although getting wet is mostly harmless, it is still considered assault."

While nobody was injured, Staplin said the attackers created a potentially dangerous situation.

"We were lucky enough it was water but it could have been bleach, gasoline, urine," said Zach Howland, a driver who had 16 customers on board at the time of the incident. "There's no need to put our clients and our drivers in harm's way."