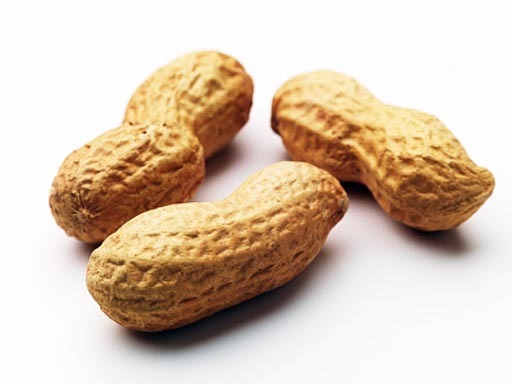 (CBS) Will peanut allergies become a thing of the past?

Scientists have found a way to "turn off" life-threatening allergic reactions to peanuts and other foods - by playing a "trick" on the immune system.

"We think we've found a way to safely and rapidly turn off the allergic response to food allergies," Dr. Paul J. Bryce, assistant professor of medicine at Northwestern University Feinberg School of Medicine in Chicago, said in a written statement. Bryce and his colleague, Dr. Stephen D. Miller, described their research in the Journal of Immunology.

What was the trick? In experiments on mice specially bred to be have a condition that mimics severe food allergies, the scientists attached peanut proteins to blood cells called leukocytes and reintroduced them into the mice's bodies. When the mice were then allowed to chow down on a peanut extract, there was no allergic reaction.

"Their immune system saw the peanut protein as perfectly normal because it was already presented on the white blood cells," Bryce said. "Without the treatment, these animals would have gone into anaphylactic shock."

Anaphylactic shock, a.k.a. anyphylaxis is whole-body allergic reaction marked by a long list of symptoms, including anxiety, abdominal pain, cough, nasal congestion, difficulty breathing and swallowing, nausea, and vomiting. It can come on within minutes or even seconds upon being exposed to an allergy-causing substance - typically peanuts or other foods, drugs, or insect stings.

In a second phase of the study, the researchers successfully desensitized mice to egg proteins. Bryce said he thinks the approach can be used to target multiple food allergies at one time.

Each year in the U.S., there are15,000 to 30,000 episodes of food-induced anaphylaxis and 100 to 200 related deaths from anaphylaxis. Peanuts are the leading cause of fatal food-related anaphylaxis, according to the American Academy of Allergy, Asthma and Immunology.

The Food Allergy & Anaphylaxis Network has more on peanut allergy.