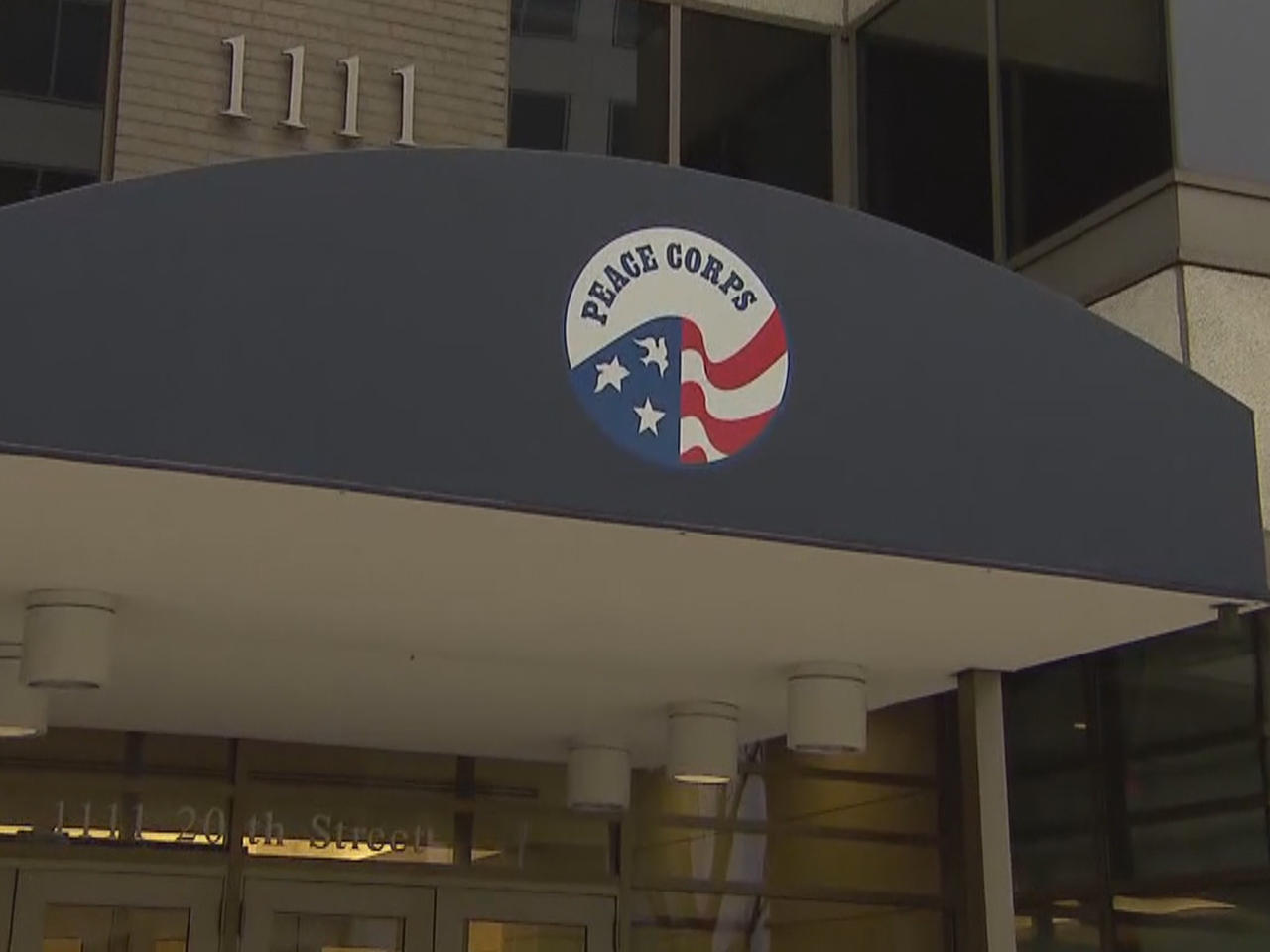 In 2015, a whistleblower spoke to "CBS This Morning" about her belief there was a culture of "victim-blaming" inside the Peace Corps. She said it prevented some sexual assault survivors from getting help. Her complaint launched a lengthy investigation, the results of which only recently became public.

That Peace Corps Inspector General investigation found cases where the agency did not provide "a compassionate and supportive response" to sexual assault survivors, despite congressionally-mandated reforms that should have fixed these problems, reports CBS News correspondent Kris Van Cleave.

In March 2016, Peace Corps volunteer Megan Riethmiller was teaching in Uganda. It was her first day.  She says that night the school priest came to her door with a gift.

"He asked if we could say a prayer together," she recalled. "As I was finishing up the 'Our Father,' that's when he started touching me, and I completely froze. I think I sat on that floor for half an hour not knowing what to do, not knowing what to say."

In a letter this month, the Office of Special Counsel, or OSC, advised President Donald Trump the Peace Corps is not doing enough to protect its volunteers from sexual assault and called for specific reforms.

"I feel the Peace Corps failed me every step of the way," said volunteer Danae Smith, who was attacked while walking in a remote Dominican Republic village. She reported it to the Peace Corps in 2015.

"They told me that as a volunteer, it was my job to have been more proactive to prevent it from happening," she said. Within a week, the Peace Corps sent her home.

To date, CBS News has heard from more than two dozen former volunteers whose stories point to a troubling pattern -- one the OSC wants to change.

It's calling for better training for in-country Peace Corps host family members and co-workers, who account for 16 percent of reported sexual assaults against volunteers.

The Peace Corps says that kind of training is not required by law.

The OSC also wants stricter employee screening rules, noting often volunteers accused of sexual assault are able to resign, avoiding punishment and any mention of the allegations in their personnel files.

One such volunteer was even rehired by the Peace Corps.

And citing a recent Peace Corps Inspector General report, the OSC highlighted problems with the agency's response to a sexual assault.

Fourteen percent of assaulted volunteers had to wait more than four weeks to get counseling, and some were limited in the number of sessions due to a "misunderstanding" of Peace Corps policy.

Riethmiller was allowed only six sessions.

"I was spiraling downwards and I knew it and I asked for more counseling," she told Van Cleave. "I called the doctor and she said, 'We need to have a serious talk about whether you're fit to be a volunteer or not.'"

"Did you feel like they were blaming you for what was happening to you?" Van Cleave asked.

Whistleblower Kellie Greene was hired as the first Peace Corps victim's advocate, after Congress mandated reforms to how the agency responded to sexual assault cases in 2011.

When asked if she thought the environment at the Peace Corps had improved, she replied, "Sadly, no."

Greene says she was pushed out for trying to change the culture.  Her 2015 whistleblower complaint prompted the letter from the Special Counsel.

"To continually hear on a recurring basis the same stories that follow the same theme shows that there's a real systemic problem within Peace Corps," said Greene.

The Peace Corps tells "CBS This Morning" it has made significant progress in recent years, having instituted "more than 30 new policies" aimed at reducing the risk of sexual assault to volunteers and doing a better job at responding to victims.

That bill is now before Congress.

"Members of Congress shouldn't have to get involved on this issue," Poe said. "The Peace Corps should have been doing the right thing all along and coming down on the side of our Peace Corps volunteers, our angels abroad."

Megan Riethmiller says she's made progress since her assault, and even though she left feeling like she was being blamed as a victim of sexual assault, she would even consider going back to the Peace Corps. "If they changed their policies and procedures, I would," she said.

Riethmiller says she reported the assault to Ugandan police, but no action was taken against the priest.

Congressman Poe's bill in part aims to hold foreign nationals responsible for crimes against volunteers committed abroad. It does have bipartisan support, and he's optimistic about its chances of becoming law.

The Peace Corps says it is in the process of responding to the OSC letter.

Greene does have a Prohibited Personnel Practices case filed with the Office of Special Counsel against the Peace Corps. Greene is being represented by Kalijarvi, Chuzi, Newman & Fitch, P.C.

Editor's clarification: The Office of Special Counsel letter called for training of in-country nationals who are hosts and co-workers of Peace Corps volunteers. It did not call for training of volunteers and Peace Corps staff, whom the Peace Corps says are already provided with "comprehensive sexual assault risk-reduction and response training." The original version of this report did not draw that distinction.