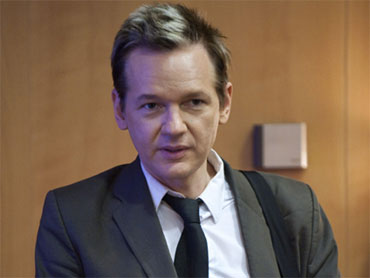 The online payment service provider PayPal has cut off the account used by WikiLeaks to collect donations, serving another blow to the organization just as it was struggling to keep its website accessible after an American company stopped directing traffic to it.

PayPal said in a blog posting that the move was prompted by a violation of its policy, "which states that our payment service cannot be used for any activities that encourage, promote, facilitate or instruct others to engage in illegal activity."

The short notice was dated Friday, and a spokeswoman for PayPal Germany on Saturday declined to elaborate and referred to the official blog posting.

Donating money to WikiLeaks via PayPal on Saturday was not possible anymore, generating an error message saying "this recipient is currently unable to receive money."

PayPal is one of several ways WikiLeaks collects donations, and until now was probably the most secure and convenient way to support the organization.

The other options listed on WikiLeaks' website are through mail to an Australian post office box, through bank transfers to accounts in Switzerland, Germany or Iceland as well as through one "credit card processing partner" in Switzerland.

WikiLeaks' PayPal account redirects users to a German foundation which provides the organization with the money. The Wau Holland Foundation, named after a German hacker, confirmed Saturday in a Twitter message that their PayPal account had been taken down because of the "financial support to WikiLeaks."

The foundation's president Winfried Motzkus earlier this week was quoted by his hometown Bielefeld's local newspaper Neue Westfaelische as saying that Wau Holland has so far collected €750,000 ($1 million) for WikiLeaks, covering the organization's expenses.

WikiLeaks' recent releases seem to have been a boon for the foundation, which has previously described itself as the organization's main financial backer.

On its website, the foundation says "the huge and in this form unique amount of donations has caused the delay of issuing contribution receipts" - which allow Germans to deduct donations from their taxes.

Messages left for the foundation and for its president Motzkus were not immediately answered.

While WikiLeaks vows to make the world a more transparent place, very little is known about its day-to-day functioning. It has no headquarters, few if any paid staff and its finances remain opaque.

The move by PayPal, a subsidiary of U.S. based online marketplace operator EBay Inc., came as another blow to the organization that has embarrassed Washington and foreign leaders by releasing a cache of secret - and brutally frank - U.S. diplomatic cables.

WikiLeaks had become an Internet vagabond Friday, forced to move from one website to another as governments and hackers hounded the organization, trying to deprive it of a direct line to the public.

EveryDNS - a company based in Manchester, New Hampshire, stopped directing traffic to the website wikileaks.org late Thursday after it said cyber attacks threatened the rest of its network.

The Swiss address directs traffic to servers in France, where political pressure quickly mounted with Industry Minister Eric Besson on Friday saying it was unacceptable to host a site that "violates the secret of diplomatic relations."

The web hosting company OVH confirmed that it had been hosting WikiLeaks since early Thursday, after a client asked for a "dedicated server with ... protection against attacks," adding it was now up to the courts to decide on the legality of hosting the site on French soil.

French newspaper Le Monde - which was among the publications that were granted full access to the diplomatic cables beforehand - said in one of its online articles Saturday it could not provide links to the relevant cables "as a result of the computer attacks WikiLeaks has suffered and the refusal of some Internet hosts and countries to take in the site."

Media freedom watchdog Reporters Without Borders on Saturday condemned the personal attacks on WikiLeaks founder Julian Assange and "the blocking, cyber-attacks and political pressure" in what it called the first "attempt at the international community level to censor a website dedicated to the principle of transparency."

"We are shocked to find countries such as France and the United States suddenly bringing their policies on freedom of expression into line with those of China," the organization said in a statement.

WikiLeaks has been brought down numerous times this week by what appear to be denial-of-service attacks. In a typical such attack, remote computers commandeered by rogue programs bombard a website with so many data packets that it becomes overwhelmed and unavailable to visitors. Pinpointing the culprits is difficult. The attacks are relatively easy to mount and can be performed by amateurs.

The attacks started Sunday, just before WikiLeaks released the diplomatic cables. To deal with the flood of traffic, WikiLeaks moved to Amazon.com's Web hosting facility.

But Amazon booted WikiLeaks from the site on Wednesday after U.S. congressional staffers started asking the company about its relationship to WikiLeaks.

The U.S. is currently conducting a criminal investigation into WikiLeaks' release of the diplomatic cables.

Legal pressure also increased on WikiLeaks founder Julian Assange after Swedish authorities revised a warrant for his arrest in response to procedural questions from British officials.

British law enforcement authorities have refused to say if or when Assange would be arrested. His lawyers have said they believe they would be notified of any move to arrest him but had yet to be served with a warrant as of Friday afternoon.

The 39-year-old Australian is wanted on allegations of rape and other sex crimes that emerged after a trip to Sweden in August.