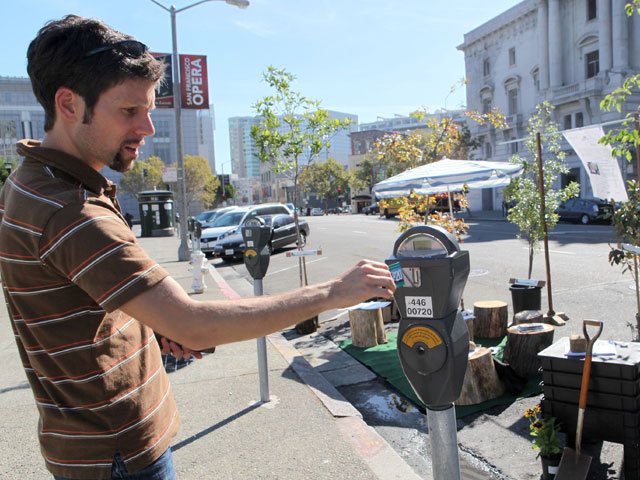 SAN FRANCISCO - San Francisco plans to launch a new service that could help drivers avoid a parking ticket by allowing them to feed the meter using cellphones.

The San Francisco Chronicle reports that the city will alert drivers with a text message when their parking meters are about to expire. Drivers will also be given the option to put more money on the meter remotely using their phones, which will cost 45 cents for each of those transactions.

It's a small fee to pay in lieu of a fine. Drivers have to pay $55 for an expired meter in the Castro district. In the city's downtown core, it is $65.

The Municipal Transportation Agency will first test the service at curbside meters and two city-owned parking lots in the Castro district before deciding whether to offer them elsewhere. The initiative is part of the SFpark experiment that uses technology to help fix San Francisco's traffic and parking problems, including demand-based pricing to reduce traffic congestion.