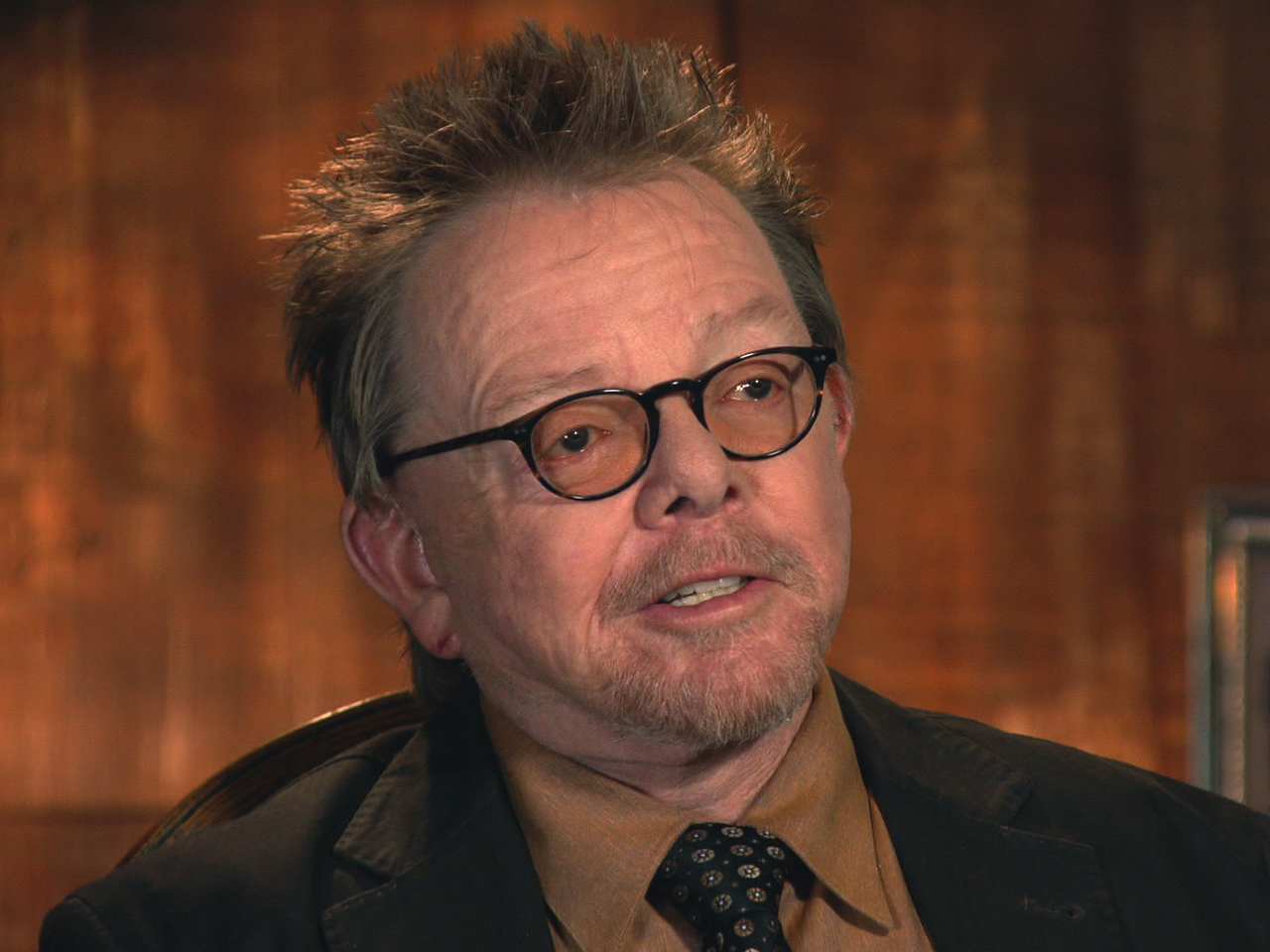 (CBS News) "We've Only Just Begun" was a bit hit for the Carpenters - and for songwriter Paul Williams. The man whose others songs include the Academy Award-winning "Evergreen" is a bit of an evergreen himself, surviving even thriving after some years in obscurity. Anthony Mason has his story:

If you lived through the 1970s or early '80s, it was almost impossible to avoid Paul Williams. His music was all over the radio: He wrote huge hits for the Carpenters ("Rainy Days & Mondays"), Barbra Streisand ("Evergreen"), and even the Muppets ("The Rainbow Connection").

He sang his own songs, too, in what one critic called "the craggy, forlorn voice of a sad Munchkin."

At 5'2", he didn't really have the stature of a celebrity, but he became one. It seemed like he was everywhere.

"I said 'yes' to everything," said Williams. "I was just a little media whore. It was horrific."

He appeared on game shows, variety shows and talk shows. Johnny Carson loved him; Williams was on "The Tonight Show" 50 times.

And then there were acting roles in "The Odd Couple," "The Love Boat," "Police Woman."

But then, by the end of the '80s, Paul Williams all but disappeared. And filmmaker Stephen Kessler, a longtime fan, assumed the worst: "I always thought he died too young."

Until he started looking into Williams' life and found, to his amazement, that he's not dead.

Kessler's documentary, "Paul Williams: Still Alive," is an affectionate look at the songwriter's descent and recovery from drug and alcohol addiction. And it's put Williams back in the very place he'd fled for the past two decades: the spotlight.

"I'm really happy with the film," Williams said - though he didn't want to do it at first.

"There's nothing to me more pathetic than some little old man going, 'Please, sir, may I have another little cup of fame? Just if you'd throw that camera on me for just one more time.' You know, I had a sober lifestyle, and I didn't know if I wanted to go poke the bear again."

Three years ago, Williams was elected president of ASCAP, the organization that represents music writers and publishers.

He won an Oscar for "Evergreen": "I've been nominated six times. This is the only time I've ever won and it's the most amazing moment. You walk on stage. You hug Barbra Streisand. What I actually said was, 'I was going to thank all the little people. Then I remembered I am am the little people.'"

Born in Omaha, Williams was always the smallest kid in class. He was 13 when his father, an architect, died, and Williams was shipped off to live with an uncle in California.

He had no musical education as a kid, "But I could play enough to write. 'Just an Old Fashioned Love Song.' It's as complicated as anything Beethoven ever wrote!"

His breakthrough hit would come from a song that was never meant for the radio: "'We've Only Just Begun' had all the romantic beginnings of a bank commercial."

But the Carpenters happened to see the ad. And then, said Williams, "An angel sang it, and everything changed."

Then, the floodgates opened. Three Dog Night ("Out in the Country"), Helen Reddy ("You and Me Against the World"), and David Bowie ("Fill My Space") would all record Paul Williams songs.

Does he have a favorite? "'Rainbow Connection' has to be my favorite song, I think, that I have ever written," Williams said. "IN one sentence you know that he's got an inner life."

He noted, though, how difficult it is to write in the voice of a frog: "Kermit-speak!"

Williams says his own vulnerability came out in his music.

"Where did that vulnerability come from?" Mason asked.

"When you're in high school and you're four-foot-six, I just didn't fit in."

That, Williams says, is why celebrity became so intoxicating. "Something switched in me: You know, I went from being different to being special, and that's addictive."

In the documentary, Kessler confronts Williams with one of his most embarrassing moments, when he guest-hosted "The Merv Griffin Show" while obviously high.

"It's the most grandiose, vapid, shallow, arrogant, nasty little creature that I had become," Williams said.

"But I realized that if this is a film that is ultimately about recovery, it's gotta be in there. So we put it in."

"You had to show where you hit bottom."

"It's still hard for me to watch."

It would take two trips to rehab before Williams finally cleaned up his act. "March 15, 1990 is my sobriety birthday," he said. "In the last 22 years, I have been given a totally different life."

He volunteers as a drug and alcohol rehab counselor, and as head of ASCAP now ("It's the greatest honor I've ever been given"), he represents other songwriters.

"I have a black belt in back-slapping," he told Mason. "And at my height you gotta be careful, 'cause I get a little more familiar sometimes!

And then there's the documentary. Yes. Paul Williams IS still alive. And the film he was reluctant to be a part of is even generating some Oscar buzz.

"When the lights sort of got turned on you again for this movie, how'd that feel?" Mason asked.

"You don't look that annoyed!"