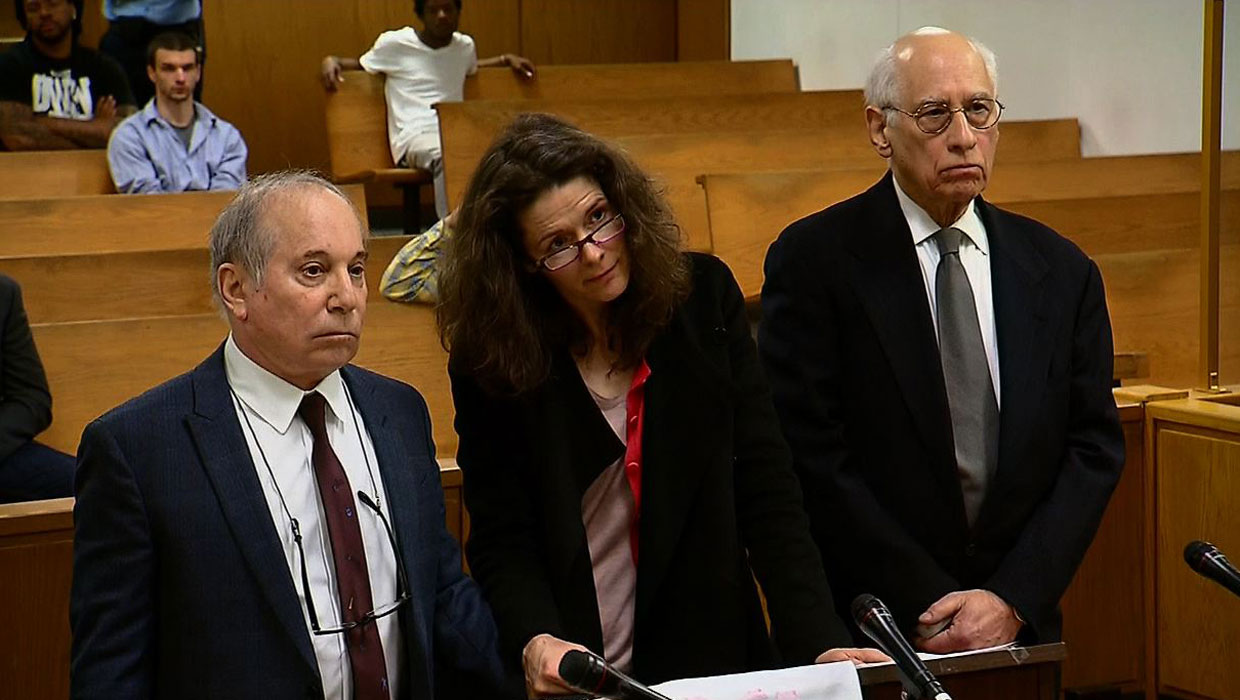 NORWALK, Conn. -- Paul Simon and his wife, Edie Brickell, were arrested on disorderly conduct charges by officers investigating a family dispute, but the couple held hands in court Monday and said they did not feel threatened by the other.

Simon told a judge that he had a rare argument with his wife Saturday night at their home in New Canaan.

A caller from the singers' home dialed emergency services Saturday night and hung up, police chief Leon Krolikowski said at a news conference Monday. Officers who responded found minor injuries and believed it was a case of domestic violence, he said.

Simon and Brickell, who have been married for more than two decades, were each given a misdemeanor summons and one of them agreed to leave and go to another location, Krolikowski said.

"There was aggressiveness on both sides," he said. "They're both victims and they have children involved and we're trying to be very cautious of that."

"They're very willing to help us when we need help, frankly they're well known enough that everybody knows who they are - they're quiet, they keep to themselves, they're great people," Krolikowski said." It's unfortunate this incident occurred, but we were obligated to make an arrest."

An attorney representing the couple, Allan Cramer, said the incident was very minor.

"They are here together, they get along fine with each other," Cramer told reporters before the hearing. "If it were Joe Blow we wouldn't be here. You certainly wouldn't be here. These people have had a wonderful life together and they've never had these types of problems."

At Monday's hearing, Simon and Brickell each said the other was not a threat. Judge William J. Wenzel said he did not see a need for a protective order.

"Neither of us has any fear" Simon said, and added that they planned to go watch their son's baseball game later in the afternoon

"He's no threat to me at all," said Brickell, according to the Hartford Courant.

Simon is a 12-time Grammy winner and member of The Songwriters Hall of Fame and Rock and Roll Hall of Fame - as half of the duo of Simon and Garfunkel and as a solo artist.

Last month, he wrapped up a national tour with Sting. Most recently, Simon performed at the 25th anniversary of the Rainforest Fund benefit concert in New York on April 17.

Brickell is perhaps best known for the song "What I Am," recorded with her band the New Bohemians and released in 1988.

She collaborated last year with comedian Steve Martin, who has an acclaimed career as a folk musician, for the roots album "Love Has Come For You." The pair won a Grammy for best American Roots song in January. The two are touring and are due to perform next on May 9.

Simon and Brickell were married in 1992. They have three children together.