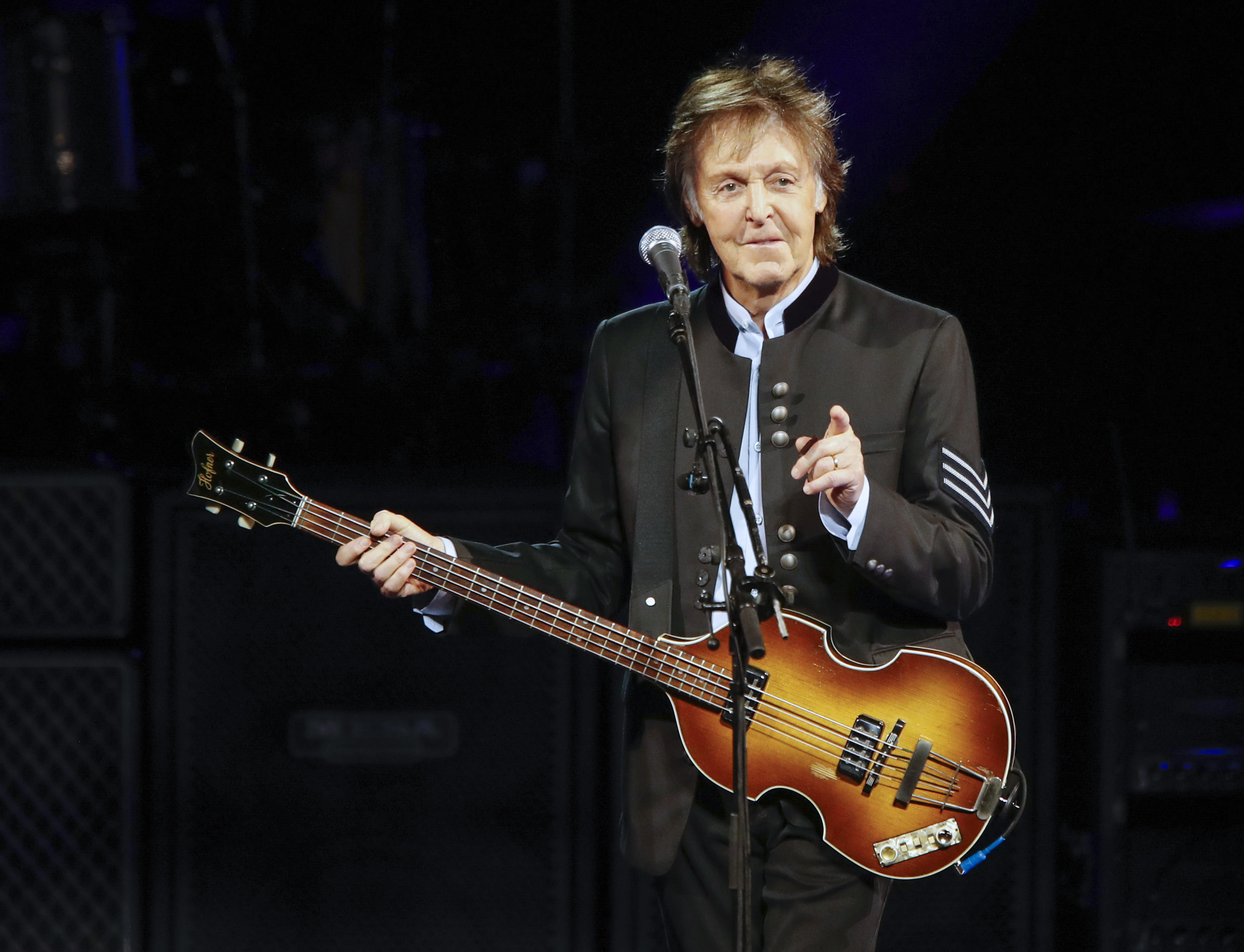 NEW YORK -- Commuters with tickets to ride out of New York's Grand Central Terminal heard a special serenade on Friday evening, with Paul McCartney taking over a corner of the majestic hub for a concert. Before an audience of celebrities and lucky ticket holders, McCartney played an hour-long medley of new songs from his latest album and classic hits from the Beatles, CBS New York reports.

Only invited guests including Jon Bon Jovi, Meryl Streep, Amy Schumer, Kate Moss and Steve Buscemi were let behind black curtains to see the stage, but everyone could hear a 24-song set that spanned more than 50 years of music.

"I have a feeling we're going to have a bit of fun here tonight," said the former Beatles singer-songwriter before launching into "Can't Buy Me Love."

It was a stunt to promote a new album called "Egypt Station." McCartney said he wondered "what's the coolest station we could think of?" and settled on the Manhattan landmark. The band set up under a chandelier and in front of a giant clock, just off the 42nd Street entrance.

McCartney had been teasing fans for days on social media – telling them to sign up for the chance to get tickets to this surprise show – but no official announcement was made on where it will be.

Despite grey streaks in his famous mop top, the 76-year-old former Beatle was in fighting trim.

While he played three songs from his new album, McCartney did more from the 50-year-old White Album. The sweaty, dancing crowd hardly minded the trip back in time.

McCartney may be the world's most famous musician, but he's also human. Seemingly nervous as he stood on a riser in the middle of the audience with an acoustic guitar for one song, he flubbed the words to "Blackbird" not once but twice, starting over both times. Surrounding fans, famous and non-famous, knew all the lyrics and coaxed him on.

"I know this song," he said in frustration. "I wrote it!"

Before singing the Beatles' first single, "Love Me Do," McCartney told of his nerves singing the chorus and that he can still hear it in his voice when he hears the recording.

Flash forward a half century, and he talked about a writing session with Kanye West. After a few days in the studio, he wasn't sure they even had a song. A few months later, West sent him a copy of "4, 5 Seconds" with Rihanna on lead vocals.

"I rang him up and asked, 'am I on this song?'" McCartney said, and West said it included his guitar. At Grand Central, McCartney reclaimed it.

Some members of the Beatles' extended family were on hand. Sean Lennon, the son of McCartney's late partner, was in the audience. So was McCartney's wife, Nancy Shevell, and he dedicated the song "My Valentine" to her. Giles Martin, the son of longtime Beatles producer George Martin, was handling the concert's sound.

For a new song about bullying, McCartney invited two women from the audience to tell their stories about being treated poorly. "I got made fun of for being a Beatles fan," one of them said.

That earned her a Beatle hug.

Fans told CBS New York they could not believe their good fortune.

"I was shocked, I've never won anything like this," said Adam Birnbaum.

"I was freaking out," said Sarah Saul. "I love Paul McCartney."

"We've grown up with him, he's like another friend," said Keri Butcher. "He's like our confidant. The new song confidant? You put on Paul McCartney, he knows how to make you feel better."

The train station had also been selling these special edition Paul McCartney "Egypt Station" Metro cards. A nod to the legendary Beatle's new album that came out hours before he took the stage.

"Typical Paul," said Mike Rood. "I've been following his career in the way he does these things for a while now and I love the fact that he can still be sneaky with fans."