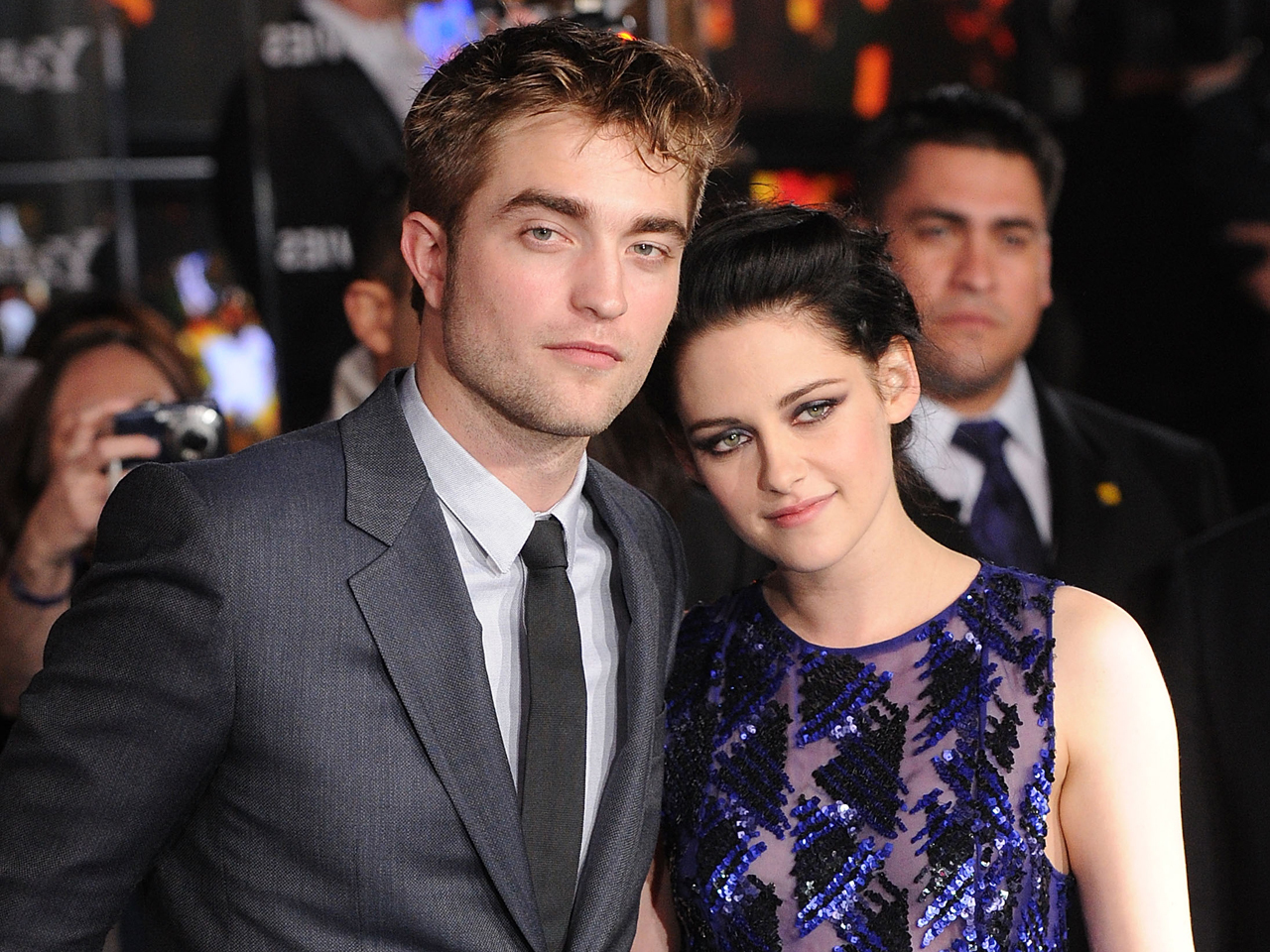 We already know that Pattinson approves. He said it's a "beautiful" dress that does Stewart justice. "She looked incredible," Pattinson said of his on- and off-screen girlfriend. "I mean, it's a really sweet scene."

It's designed by Carolina Herrera. It has 100 buttons down the back. It's made of lace and satin, and strives to be both romantic and mysterious.

"Well, the inspiration became a little bit by the book," said Herrera on the red carpet at the Los Angeles premiere Monday night.

"And the description of the book, and the magic and the moment that is the wedding and also about her (Bella's) personality which is very important in a wedding gown. She is this very innocent girl that is believing in her first true love and there is romance and there is fantasy and mystery. Everything so, I took all that into consideration," Herrera added.