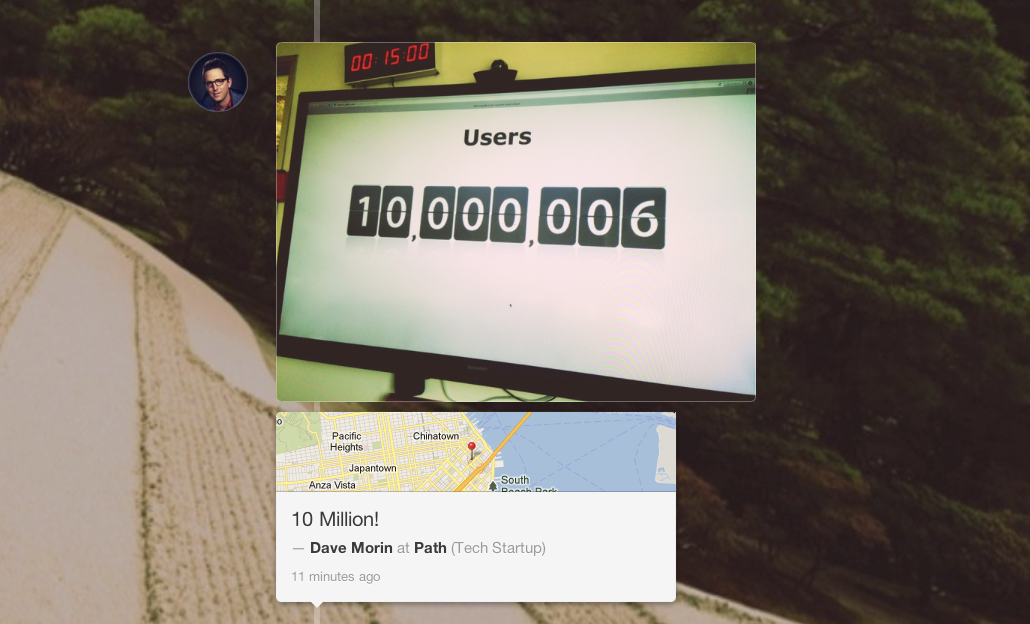 The secret seems to be out about Path, which today announced that it has more than 10 million users of its private social-networking applications for iOS and Android.

Path CEO and co-founder Dave Morin appropriately shared the milestone with a photo on his Path -- publicly for all the world to see.

Launched more than two years ago, Path has experienced the most pickup in recent months following the release of an updated application that supports member-to-member messaging and includes illustrator-crafted sticker packs. Last week, Morin told The Wall Street Journal that his application was adding 1 million new users a week.

Path also now ranks as the sixth most popular free application on Apple's App Store in the U.S.

A version of this article originally appeared on CNET under the headline "Path marches past 10M user milestone."