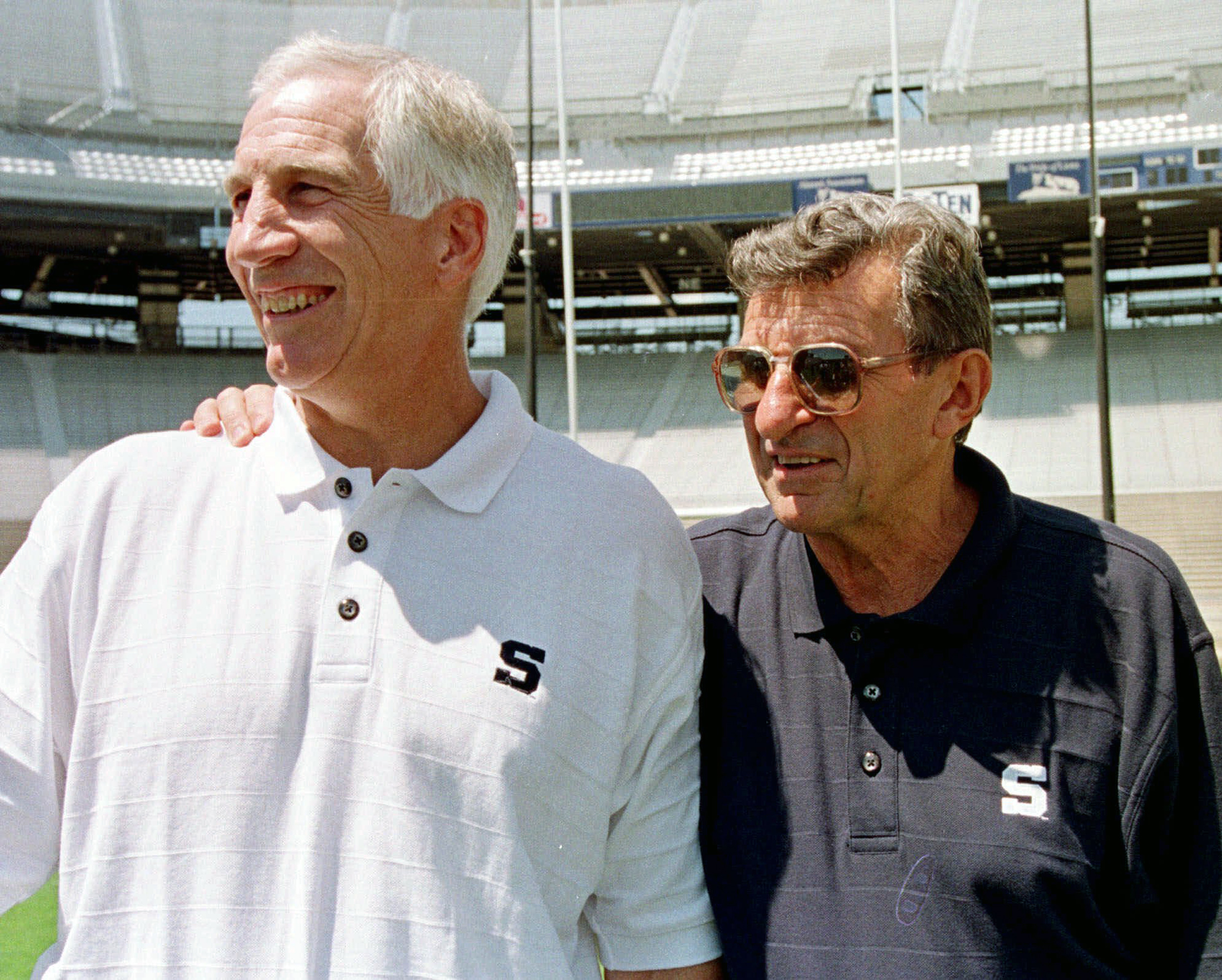 (CBS/AP) INDIANAPOLIS - The family of Hall of Fame football coach Joe Paterno says the NCAA's sanctions defame his legacy and are a panicked response to the scandal that led to them.

The statement was released Monday by Paterno's family. It says President Rodney Erickson, acting Athletic Director David Joyner and the entire Board of Trustees failed by not seeking a full hearing before the NCAA's infractions committee.

The family also says that punishing "past, present and future" students because of former assistant Jerry Sandusky's crimes did not serve justice.

"Football will never again be placed ahead of educating, nurturing and protecting young people," Emmert said.

The family calls the move a "panicked response to the public's understandable revulsion" at Sandusky's sexual abuse of 10 boys over a period of 15 years.

The program will also be on probation for five years. Current Penn State players will immediately be allowed to transfer without sitting out a year, Emmert said. One coach told CBSSports.com last week that Penn State recruits were already calling him trying to gauge interest in their talents.

When asked about Paterno's role in the scandal, Emmert said the NCAA decided to withhold judgment on individuals.

Sandusky was convicted on 45 criminal counts last month at a trial that included gut-wrenching testimony from eight young men who said he abused them as boys during the course of a decade.

"No matter what we do here today, there is no action that we can take that will remove their pain and anguish," Emmert said.

Emmert fast-tracked penalties rather than go through the usual circuitous series of investigations and hearings. The NCAA said the $60 million is equivalent to the annual gross revenue of the football program. The money must be paid into an endowment for external programs preventing child sexual abuse or assisting victims and may not be used to fund such programs at Penn State.

After an eight-month inquiry, a firm led by former federal judge and FBI director Louis Freeh produced a 267-page report finding that Paterno, athletic director Tim Curley, university vice president Gary Schultz, who oversaw the campus police department, and university president Graham Spanier "never demonstrated, through actions or words, any concern for the safety and well-being of Sandusky's victims until after Sandusky's arrest."

The May 1998 complaint by a woman whose son showered with Sandusky didn't result in charges at the time. The report says Schultz was worried the matter could be opening "Pandora's box."

Officials later did bar him from bringing children to campus.

Six months to the day after Paterno's death, the iconic statue of him was removed from the front of Penn State's football stadium Sunday. In addition to the statue being hauled away from Beaver Stadium, the Paterno memorial was covered up.

Everything is gone: every plaque, every word, every reminder of six decades at Penn State - erased memorials to a man who, in the end, said he wished he had done more.