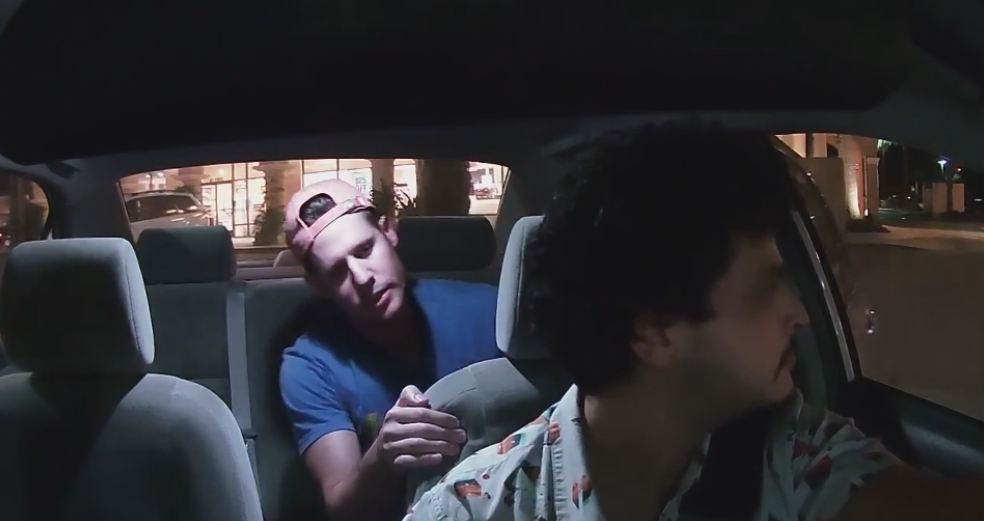 ORANGE COUNTY, Calif. -- An assault on an Uber driver in Orange County, California, on Friday night was captured on video. When the driver asked an allegedly drunk passenger to get out of his car, the rider went on a rampage.

Passenger Benjamin Golden is filmed slapping, punching and cursing at his Uber driver.

The filmed assault occurred when Uber driver Edward Caban's was giving his last ride on Friday night. He said he had just asked his apparently drunk passenger to get out of his car when the assault occurred.

Golden, a marketing executive for Taco Bell, was arrested by Costa Mesa Police and charged with assault and disorderly conduct.

Taco Bell fired Golden on Monday night, saying in a statement it, "...offered and encouraged him to seek professional help."

Caban picked the 32-year-old passenger up from a bar. From the beginning, he said the man was belligerent and refused to give him a drop-off address.

"I don't feel like he would have stopped if I didn't spray him. The way that he was coming at me, I was afraid he was going to start strangling me," Caban said.

As the man fell across his back seat, Caban said he feared for his safety and turned his dash camera on Goldman.

"Get out of my car, get out of car," Caban can be heard and seen saying.

It appears Goldman is about to leave, but then things quickly turn and he is captured on video assaulting Caban.

When riders sign up for Uber, they agree to a code of conduct. Uber also has a rating system for riders, designed to keep drivers safe.

CIA director: Putin's military has many problems, "manpower only one of them"
Mireya Villarreal