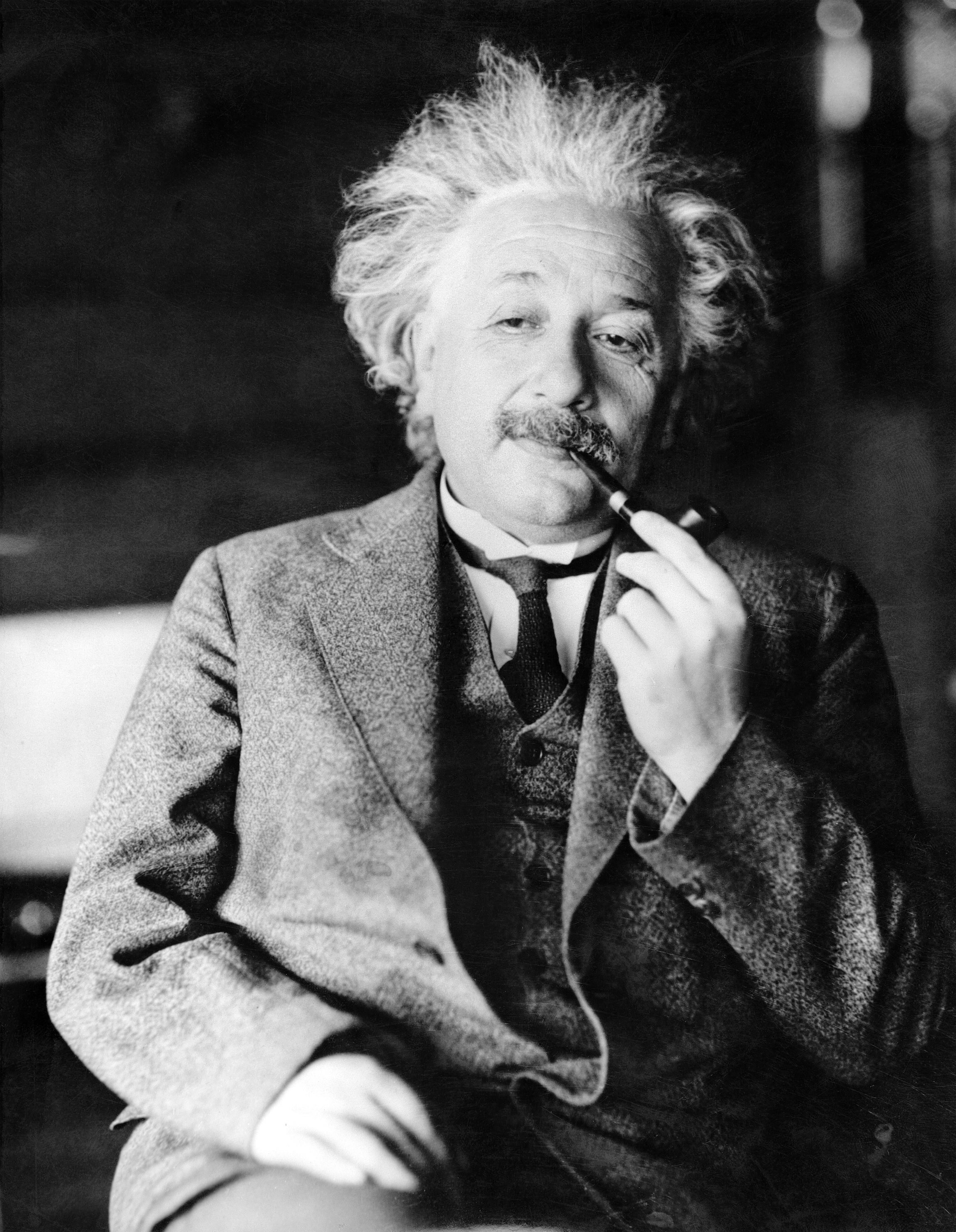 If you've ever wondered what the brain of a genius looks like, make your way to Philadelphia. There, the public can view for the first time 46 slivers of the brain of Albert Einstein, the theoretical physicist who developed the Theory of General Relativity.

The brain is on display at Philadelphia's Mütter Museum and Historical Medical Library, in a whirlwind exhibit built in about nine working days, according to museum curator Anna Dhody. Visitors can view 45 of the brain slides as-is, and see one magnified under a lens.

"He was a unique individual, and to have the organ that's most associated with intelligence of this great man is a wonderful opportunity," Dhody told Livescience. "What we're hoping to do is to showcase this and to really talk about the brain and the physiology."

The brain slices have had a strange journey since Einstein's death in 1955 at age 76 from an abdominal aneurism. The pathologist who completed Einstein's autopsy, a man named Thomas Harvey, removed Einstein's brain as part of standard autopsy procedure -- and then failed to put it back. Harvey later said that Einstein's son had given him permission to take the scientist's brain, but the Einstein family disputed that claim.

Harvey lost his job over the Einstein scandal, but he kept the brain. Over the years, he would send portions to neuroscientists trying to understand if something about the man's brain structure made him so brilliant. It's some of these hair-thin sections that are now on display at Philadelphia's Mütter Museum and the Historical Medical Library. [Inside the Brain: A Journey Through Time]

"Dr. Harvey had done some of his training in Philadelphia, and he came back to Philadelphia and asked specifically for one of his slide technicians," Dhody said. "All the boxes and all the series of slides were done in Philadelphia."

As a "thank you" to the Philadelphia pathologist who allowed the slides to be made in his lab, Harvey gifted him a box of 46 slides of ultra-thin brain slices, each just 20 to 50 microns thick. (For comparison, an average human hair is about 100 microns in diameter.)

"I think the time has come to turn them over to the College and the Mütter Museum as they are a part of medical history," Rorke-Adams said in a statement.

Einstein's brain will be in good company at the museum, which also boasts displays of a tumor from President Glover Cleveland and neck tissue from John Wilkes Booth. The goal, Dhody said, is to let visitors see what the brain of a genius looks like, while emphasizing that no one really knows if anything about Einstein's brain structure made him great.

Various researchers have uncovered out-of-the-ordinary features in the brain, including extra support cells called glial cells in some regions involved in complex thinking. But human anatomy is notoriously individualistic, and it's tough to say whether any given aspect of Einstein's brain structure made him a genius, was the result of his genius, or was just a quirk. [Life's Extremes: Smart vs. Dumb]

According to Rorke-Adams, Einstein's brain does look unusually young on a microscopic level. He lacks a build-up of lipofuscin, cellular waste associated with aging. His blood vessels are also in remarkably good shape.

"He died at the age of 76, so he was an older individual," Dhody said. "But Dr. Rorke-Adams said looking at his brain, you would think it was the brain of a younger person."

The brain will stay on display for the foreseeable future at the museum, Dhody said, and the museum may consider loaning out slides for future neuroscience research. In the meantime, the museum staff hopes to expand the exhibit with micro-level photographs of the slides.

"It's Einstein's brain!" Dhody said. "It's one of the greatest minds of the 20th century in our museum. What more can you ask for?"

Creative Genius: The World's Greatest Minds
Top 10 Mysteries of the Mind
10 Things You Didn't Know About the Brain