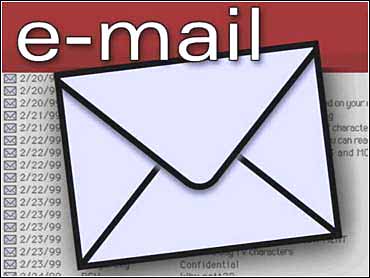 The British government, after a long parliamentary struggle, on Wednesday enshrined in law a bill to allow police and security services to trawl private e-mails.

The ruling Labour Party's Regulation and Investigatory Powers Bill went through its final stage without a vote but only after months of wrangling and numerous government concessions.

Opposition Conservatives in the House of Lords have had their teeth into the legislation and forced the government into a string of amendments in parliament's upper house.

The bill returned to the Commons to ratify those changes. With the government accepting them, its passage was assured. It now goes to the Queen for the formality of Royal Assent.

The law would give the British government the right to record everything Britons do on the Web, reports CBS News Correspondent Kimberly Dozier.

The Investigatory Powers Act would allow the government to receive copies of every email sent in Britain and would give law enforcement agencies the right to demand access to encrypted material sent by suspected criminals.

Critics say the fight over the law will move to court.

The act is aimed at catching the terrorists, Mafia dons and pedophile rings doing their deals on the Worldwide Web. But only Russia, Malaysia and Singapore have anything like it.

"They're essentially saying you cannot communicate securely or privately within this country," said Gus Hosein of the London School of Economics.

Supporters claim the measure merely provides law enforcement with the tools they need to fight crime in an increasingly cyber-savvy society.

One of the law's backers, Member of Parliament Charles Clarke, said, "The fact is, when you look at the crimes which we're trying to deal with, the interest of national security which is necessary to address, investigatory powers are necessary."

When someone sends an e-mail, it goes to an Internet service provider, which passes it on to the recipient. Under this bill, a copy of every e-mail could be sent to MI-5, Britain's equivalent of the FBI.

Privacy advocates are outraged and so are British businessmen. The technology they'll be forced to install could cost them up to $1 billion a year.

"We will be establishing some services outside of this country simply to counter the threat to our business from foreign Internet service providers," said Shaun Fensom, a representative of Poptel Cooperative Internet Service Provider.

Labor unions, for instance, are already threatening to take their business offshore.

Technology does exist to hide what you're doing on the Internet, but that's where the second part of the bill kicks in.

If the authorities suspect a person of illegal activity, they can force him or her to turn over their password, and show where they've been on the web. If a person fails to provide their password, they could be sentenced to two years in jail.

However, the government has conceded tht, in most cases, companies will be able to hand over printed text rather than encryption keys needed to unscramble coded e-mail.

The home secretary (interior minister) will have to personally approve all interception warrants and money will be offered to companies asked to install monitoring equipment.