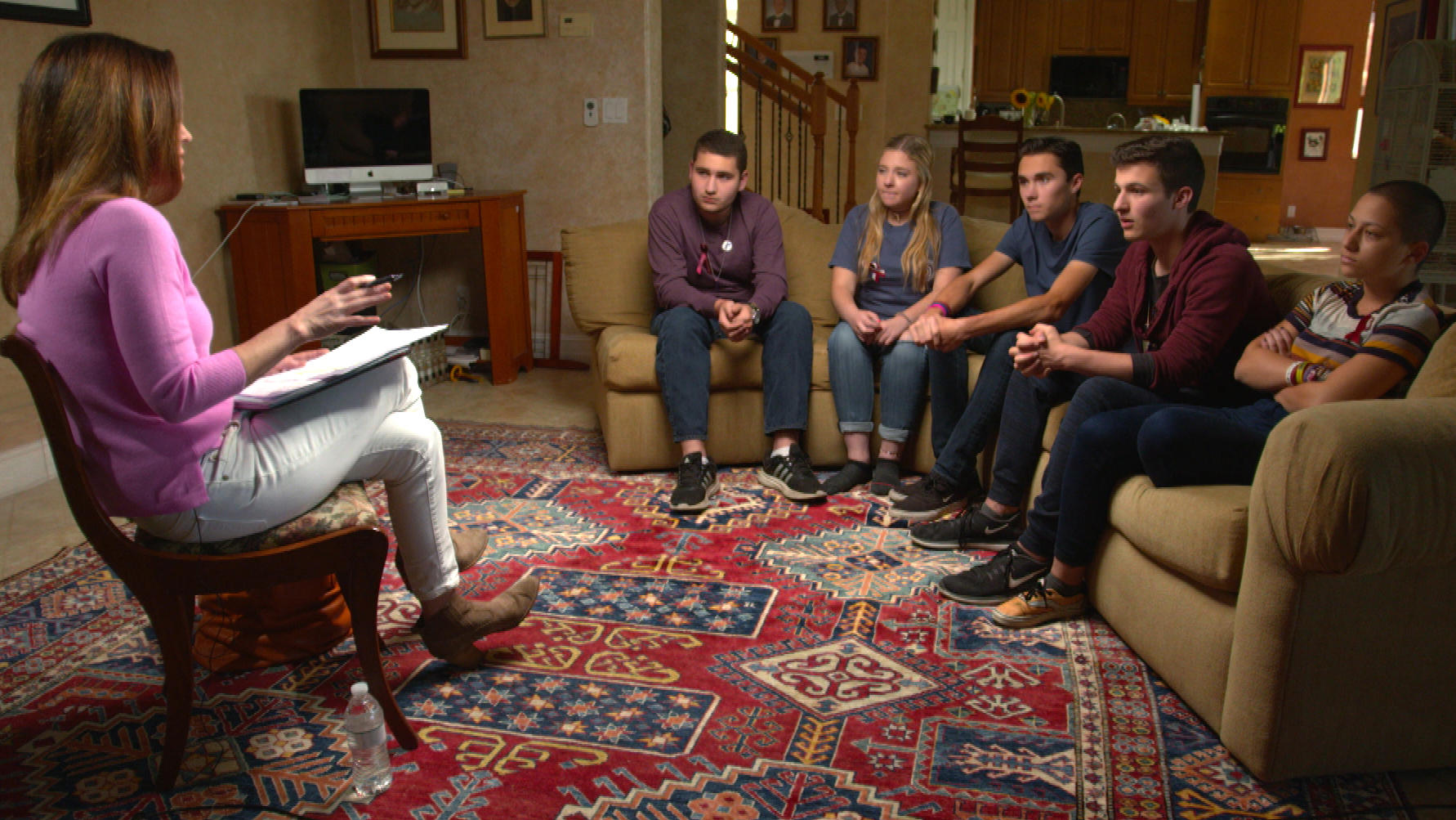 A little over one month has passed since a former student walked into Marjory Stoneman Douglas High School in Parkland, Florida, and opened fire, killing 17 people. In that time, classmates of those killed have taken a stand, marched forward, and spoken out to say "never again."

This week on 60 Minutes, Sharyn Alfonsi speaks with a group of students who've ignited a national movement—and helped change gun laws in Florida. Alfonsi asks them why they think the reaction to this shooting will be different from others. After the shooting at Sandy Hook elementary school, Alfonsi says, parents also tried to create change but were ultimately unable to achieve it nationally. Why do these students think they can?

"The thing about it is, we are the generation that's had to be trapped in closets, waiting for police to come or waiting for a shooter to walk into our door," Alex Wind answers. "We are the people who know what it's like first-hand."

"We're the mass shooting generation," Cameron Kasky says, pointing out that he was born after the Columbine High School shooting -- meaning mass shootings have happened his whole life.

"It's not just schools," she says. "It's churches. It's malls. It's streets. It's porches. It's concerts like the one in Las Vegas. It's nightclubs. It's everywhere."

When it comes to mass shootings in schools, Gonzalez says our society is asking the wrong question: Instead of asking, "Can we prepare for them?" we should ask, "Can we prevent them?"

"And the answer is yes," she tells Alfonsi in the clip above. "We can take away the threat of the guns themselves."

Stoneman Douglas junior class president Jaclyn Corin says school shootings have been treated as "inevitable," much like a tornado or hurricane.

"We have drills for those, and now there's drills for shootings," she says. "But it's preventable from the core. They want us to think that it's inevitable and that it's something we have to prepare for, even though we wouldn't even have to be doing those drills if these politicians would actually listen to the people that have actually gone through it."

The Stoneman Douglas students specifically feel politicians didn't listen to them while crafting the gun control legislation they voted on last month in the Florida state House. Lawmakers blocked a ban on semi-automatic weapons, refusing to even debate the subject. In the video above, Alfonsi asked them what the experience taught them.

"It didn't teach me much," David Hogg says. "It just only proved… that these politicians are corrupt. They're politicians that don't want to put children's lives ahead of their political agenda."

Corin says she expected it because change in the U.S. comes "over a long period of time."

"And a lot of lawmakers are not willing to accept change," she says, "and that's why we're going to vote in people that will."