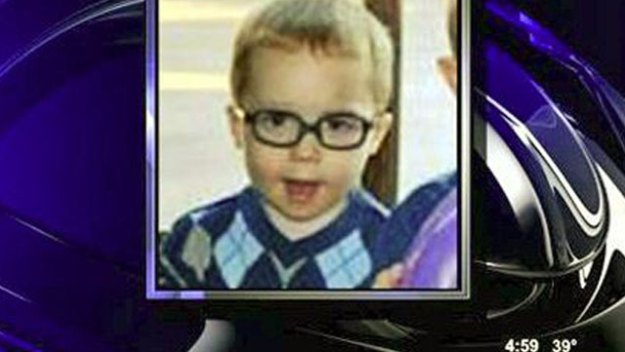 PITTSBURGH -- The parents of a 2-year-old U.S. boy who was fatally mauled after falling into a wild African dogs exhibit have settled their lawsuit against the Pittsburgh zoo.

Attorneys for the boy's parents, Jason and Elizabeth Derkosh, issued a joint statement Monday with the Pittsburgh Zoo & PPG Aquarium.

"Details of the settlement will remain confidential. The Derkosh family and the zoo request that the privacy of all parties involved be respected," the statement said.

The couple's son, Maddox, lunged from his mother's grasp and fell some 10 feet from the top of a wooden railing into an enclosed exhibit below in 2012. He had bounced off a net meant to catch falling debris and trash, then into the exhibit, where several dogs fatally attacked him.

The bespectacled boy, who had vision problems, became the only visitor in the zoo's 116-year history to die.

The Derkoshes sued in May 2013, and the zoo countered in September by arguing his mother was to blame for his death, because she lifted him atop the 4-foot-tall wooden railing that surrounded the raised observation platform so he could get a better look into the exhibit.

"The injuries and damages sustained by Maddox Derkosh, including Maddox Derkosh's death, were caused solely by the carelessness, negligence, and/or recklessness of Elizabeth Derkosh," the zoo's attorney wrote in the court filing. She "knew or should have known he could fall into the exhibit" and failed "to maintain a proper grasp of Maddox Derkosh after lifting him over the railing."

The parents' attorney, Robert Mongeluzzi, said then that the zoo "failed miserably in their solemn responsibility to prevent the attack" and "shamelessly attacked Maddox's grieving mother."

In October, Mongeluzzi filed a counterclaim on behalf of Elizabeth Derkosh, which included excerpts from the minutes of several of the zoo's safety committee meetings since August 2006.

The first excerpt says, "Wild dog exhibit has one side of the exhibit that is open and a visitor was seen dangling a child over the exhibit through the opening." According to the court filing, similar observations were brought to the safety committee's attention on four more occasions by July 2007 - including one that said, "Guest are dangling children over the railing at the Wild Dogs exhibit" - but Mongeluzzi contends the exhibit still was not changed until after Maddox was killed.

Allegheny County District Attorney Stephen A. Zappala Jr. investigated the boy's death and deemed it a "tragic accident," deciding not to prosecute his mother or zoo officials.

But the standard of proof for criminal charges is greater than that needed to prove negligence or recklessness in a civil lawsuit, in which a jury could have decided that both sides share some responsibility.

Zoo spokeswoman Tracy Gray has said the zoo has met safety standards of the Association of Zoos & Aquariums and that the U.S. Department of Agriculture found no problems with the exhibit in 35 inspections since 2006.

The dogs have been relocated to other zoos, and the Pittsburgh exhibit now houses cheetahs.

Mongeluzzi and zoo officials said they had no comment beyond the brief joint statement.

CBS station KDKA-TV reported that the mauling death was not the first incident at the painted dogs exhibit.

In May of 2012, nine of the dogs escaped from the exhibit and were able to dig out of their main enclosure. The dogs ended up in a backup enclosure and zoo staff were able to quickly corral them.