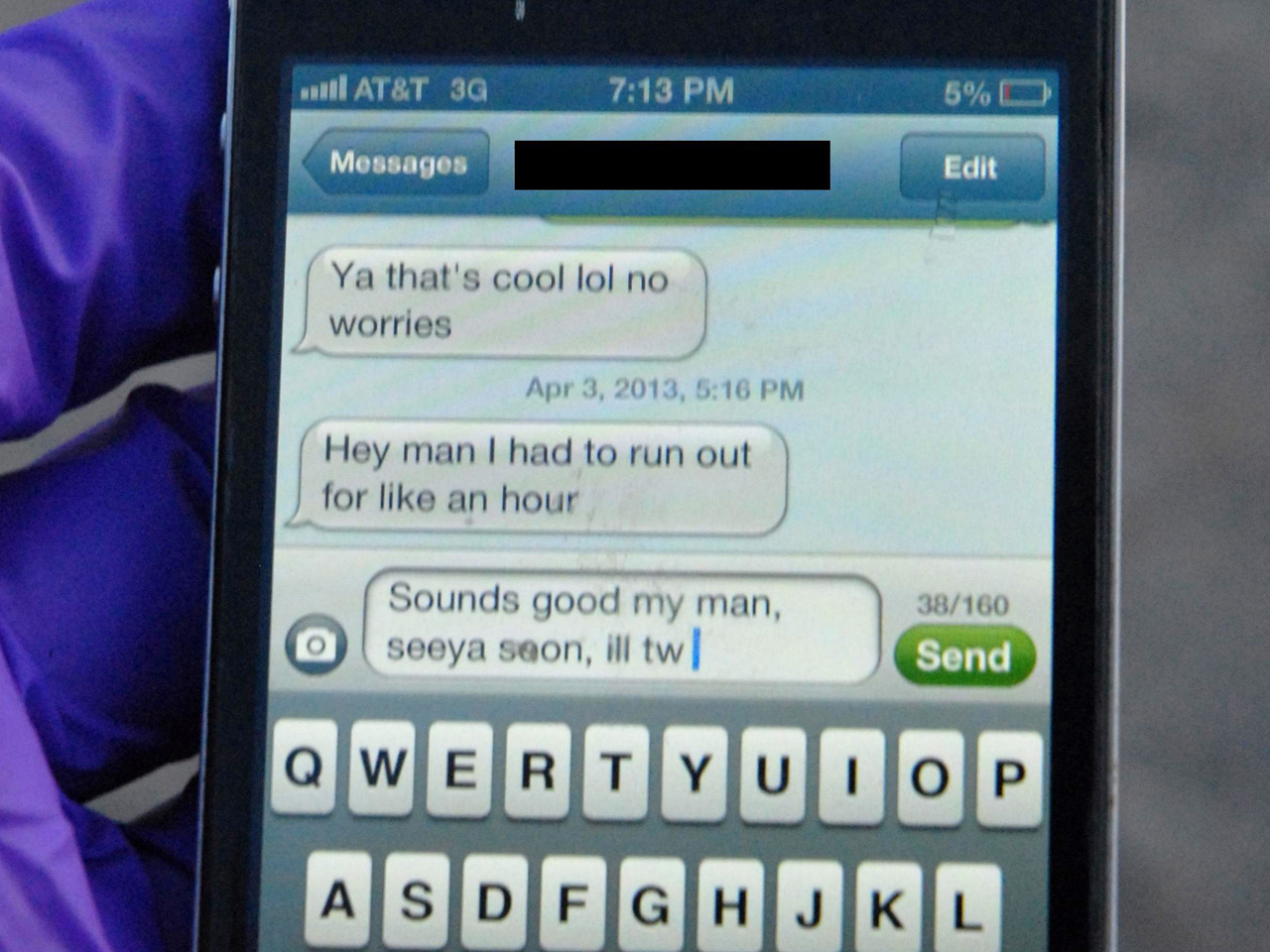 DENVER Alexander Heit's final text cut off in mid-sentence. Before he could send it, police say the 22-year-old University of Northern Colorado student drifted into oncoming traffic, jerked the steering wheel and went off the road, rolling his car.

Heit died shortly after the April 3 crash in Greeley, but his parents and police are hoping the photo of the mundane text on his iPhone will serve as a stark reminder to drivers.

The photo, published Wednesday in The Greeley Tribune, shows Heit was responding to a friend by typing "Sounds good my man, seeya soon" followed by a few letters before crashing.

In a statement released through police, Heit's mother says texting while driving can "tear a hole in the heart of everyone who loves you."