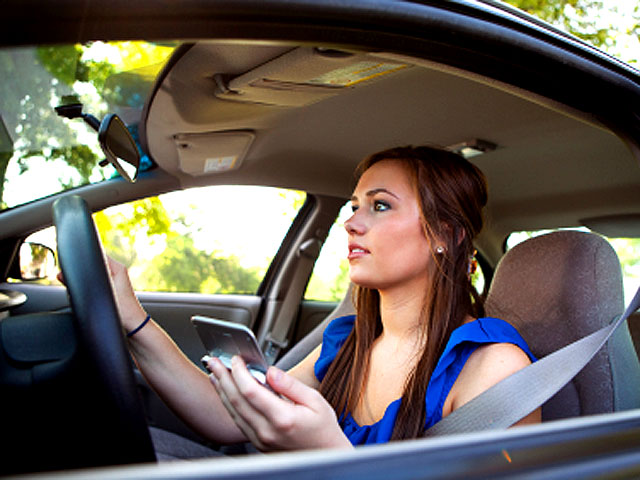 (CBS/AP) - More than half of high school seniors admit they text or email while driving - the first federal statistics on how common the dangerous habit is in teens.

The Centers for Disease Control and Prevention released the survey results Thursday. Some earlier studies had suggested teen texting while driving was common, though perhaps not quite so high.

Still, the numbers aren't really surprising, said Amanda Lenhart, a senior researcher at the Pew Research Center in Washington. She studies how teens use technology.

A typical teen sends and receives about 100 text messages a day, and it's the most common way many kids communicate with their peers. Even during short car rides, it's not uncommon for messages to be coming in and for teens to respond, she said.

"A lot of teens say 'Well, if the car's not moving and I'm at a stoplight or I'm stuck in traffic, that's OK,'" said Lenhart, who has done focus groups with teens on the topic.

Other teens acknowledge they know it's not safe, but think it is safer if they hold the phone up so they can see the road and text at the same time, she said.

The CDC survey didn't ask whether high school students' texting was done while the vehicle was moving or stopped. The survey is conducted every two years, but this was the first time it asked about texting while driving.

Despite the findings, the survey also found some improvements among youth when it comes to motor vehicle safety.

Some students are participating in risky behaviors to their health outside the car. The survey found only a 1 percent drop in the amount of teens smoking cigarettes (from 19 percent in 2009 to 18 percent last year). Marijuana smoking increased among surveyed teens from 21 percent reported in 2009 to 23 percent in 2011, which suggests marijuana use is more common than cigarette use among high school students.

"We are encouraged that more of today's high school students are choosing healthier, safer behaviors, such as wearing seat belts, and are avoiding behaviors that we know can cause them harm, such as binge drinking or riding with impaired drivers," Dr. Howell Wechsler, director of CDC's Division of Adolescent and School Health, said in a news release. "However, these findings also show that despite improvements, there is a continued need for government agencies, community organizations, schools, parents, and other community members to work together to address the range of risk behaviors prevalent among our youth."