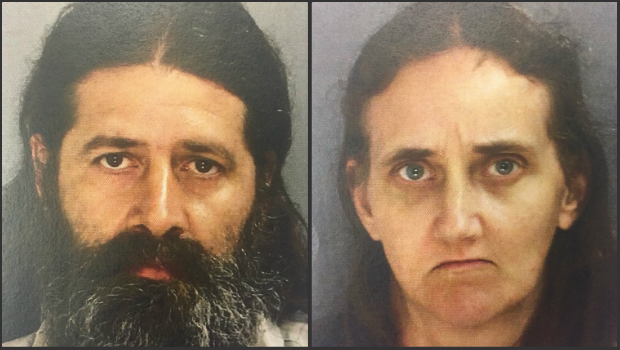 DOYLESTOWN, Pa. - A Pennsylvania couple accused of “gifting” their teen daughter to a “cult-like figure” has pleaded to child endangerment charges.

Savilla and Daniel Stoltzfus got financial help from Lee Kaplan when they fell on hard times after breaking from their Amish faith, according to authorities and interviews with relatives and neighbors.

Police say the teen’s father, Daniel Stoltzfus, told them he and his wife Savilla “gave” their oldest daughter to Kaplan after he financially helped the couple, and sent her to live with him in Feasterville from their home in Lancaster County.

Police ultimately found the teen girl, her nine sisters and her two young children living with Kaplan when a neighbor’s tip led them to search his Philadelphia-area home last June. Authorities later charged him with sexually assaulting six of the girls.

The Stoltzfuses are also reportedly the parents of nine other girls found in the home.

The oldest daughter had two children with Kaplan after the parents sent her to live with Kaplan when she was 14. Kaplan is now 52.

Kaplan’s trial is set for May in Bucks County. He faces a long list of rape and sexual assault charges. His lawyer has said that he considered the daughter who bore his children his wife and that he denied sexual misconduct with the other girls.

Neighbors have described the couple as caring and hard-working until a 14-month-old son was killed in a farm accident in 2001. The couple later broke from their Amish church as they became closer with Kaplan, who appeared to have a cult-like influence over them, they said.

The break led to financial problems when an Amish bank revoked the family’s $300,000 business loan, they said.

A DA has said Kaplan “groomed” the girls to believe he was a prophet from God. The oldest girl told police six sisters were considered Kaplan’s wives, and he told them he learned in dreams that the arrangement was was what God wanted, according to an affidavit.

Savilla Stoltzfus was also considered one of his wives, authorities said.

“He played on their trust and affection for him and he groomed them to see him as a religious and cult-like figure,” Bucks County District Attorney Matthew Weintraub  said in October.