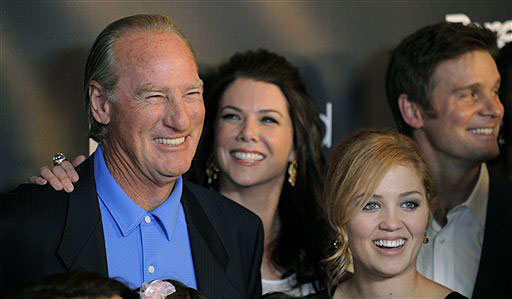 In this day of reboots, spin-offs and revivals, TV shows don’t stay dead for long.

And NBC’s “Parenthood” may be the next series to get the resurrection treatment.

It’s been nearly two years since the Braverman clan wistfully strolled off that baseball diamond in the Parenthood finale and, by our calculations, that means it’s time to check in with series creator Jason Katims about a revival.

“There’s nothing happening right now, but when the time is right I would love to revisit it,” he said.

While Katims admitted that “more time has to pass” before he feels ready to revisit the characters -- the series ended its run two years ago -- he does see it as something of an inevitability.

“It would start at the moment when I feel like I have a story to tell,” he admitted. “But the whole thing about Parenthood is the kids get a little older and their lives change and then there’s more story to tell. I feel like that will happen at some point. And then it will be a question of, logistically, can we get the actors [back together] at the same time? And then we have to [find an outlet] that wants to [air] it.”

Katims also confirmed that he’s looking to Netflix’s revival of “Gilmore Girls” debuting in November for ideas. “I asked someone who was working on it how they structured it and how it all worked,” he said. “I was thinking that might happen [with ‘Parenthood’] down the road a few years.”