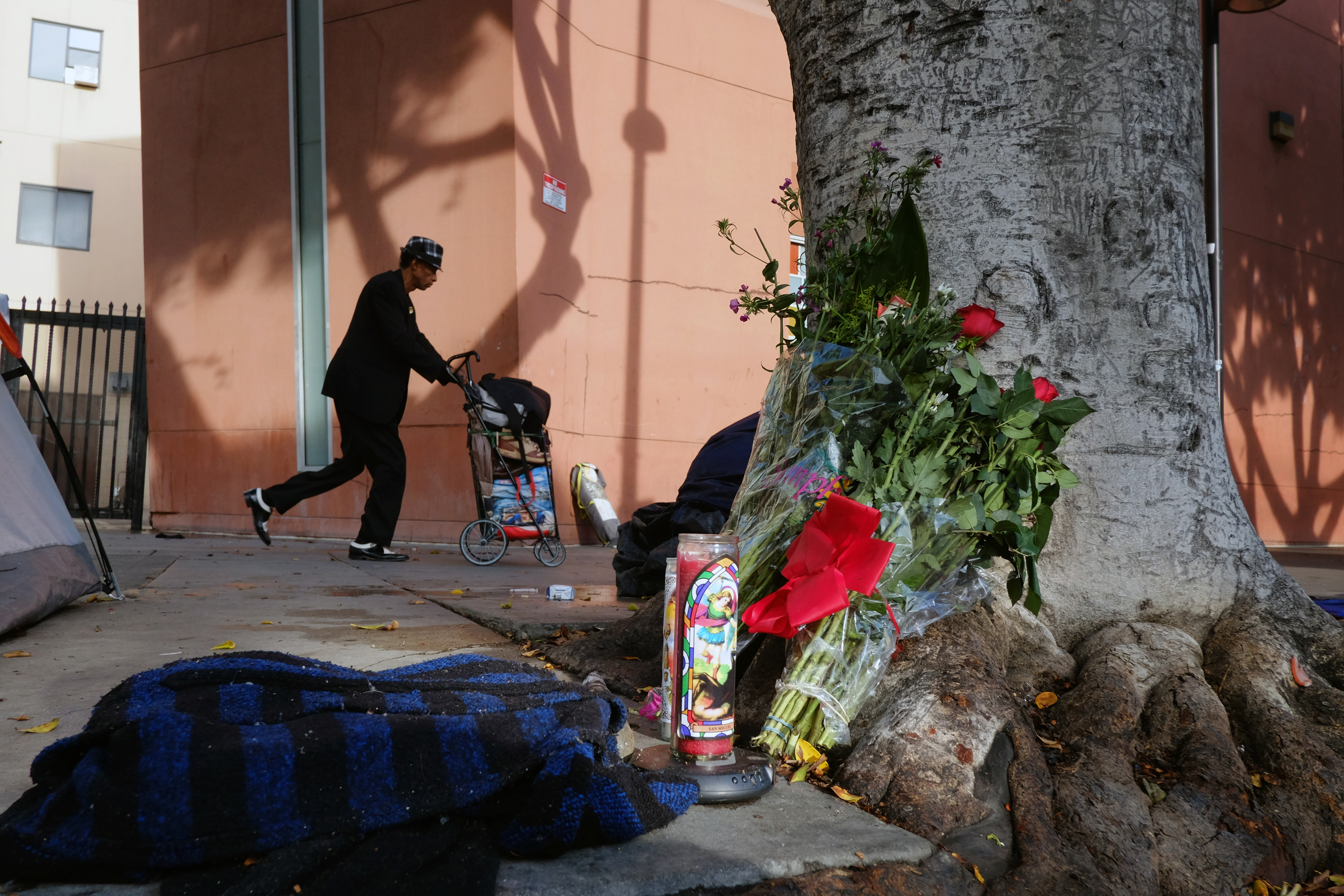 The Los Angeles Police Commission issued the finding in the shooting of Charly "Africa" Keunang after discussing it in a closed-door meeting. The commission found that one of the officer's tactics violated policy, but it did not explain how.

The decision, announced publicly by commission President Matthew Johnson, led to outcries from about a dozen activists in the room who have criticized the shooting and repeatedly called on police to release body camera footage that captured it. Afterward, the group held hands and prayed outside police headquarters.

The March 1 death of the 43-year-old Keunang was captured on video by a bystander and has been viewed millions of times online. The killing prompted protests and drew comparisons with the death of black men in other officer-involved shootings across the U.S.

The video showed a group of officers getting into a scuffle with Keunang after reports of a robbery. At one point, Keunang allegedly appeared to try and grab an officer's gun, reported CBS Los Angeles.

"To the family and friends of Mr. Keunang, my fellow Police Commissioners and I extend our sincere sympathies for your profound loss," Johnson said in a statement.

Witness Yolanda Young told CBS Los Angeles in March that the suspect, believed to be Keunang, was in a tent arguing with another man and that he then began struggling with officers.

"Next thing I know," said Young, "dude swung on a cop and the cop swung back. And they were hitting on him and then two other cop cars pulled up and they got out of the car and ran over there, and they had three tasers out."

Police Chief Charlie Beck has said the shooting was justified because Keunang grabbed for a rookie police officer's gun after ignoring commands and becoming combative. He said the officer's gun was later found partly cocked and jammed with one round of ammunition in the chamber and another in the ejection port, indicating a struggle for the weapon.

An autopsy showed Keunang had methamphetamines and marijuana in his system when he died.

Keunang's family has filed a $20 million lawsuit against the city and police department, calling the shooting "a classic case of abuse of power and deadly force."

Joshua Piovia-Scott, the attorney representing Keunang's family in the lawsuit, has previously said that if police have nothing to hide, they should release footage from body cameras worn by the officers involved, which the department has declined to do.

Keunang's death is among several involving the LAPD that have gained national attention in the last few years.

Last month, Chief Beck recommended that prosecutors file criminal charges against an officer who fatally shot an unarmed homeless man in the back in Venice on May 5. The recommendation came after investigators concluded that 29-year-old Brendon Glenn was on his stomach trying to push himself up when Officer Clifford Proctor shot him.

The decision marked the first time Beck has recommended charges against an officer who fatally shot someone while on duty. More than 100 such shootings have occurred since Beck became chief in late 2009.

Beck has defended the officers involved in another high-profile fatal shooting, that of 25-year-old Ezell Ford. Ford was killed in August 2014 after police say he knocked an officer to the ground and tried to grab his gun.