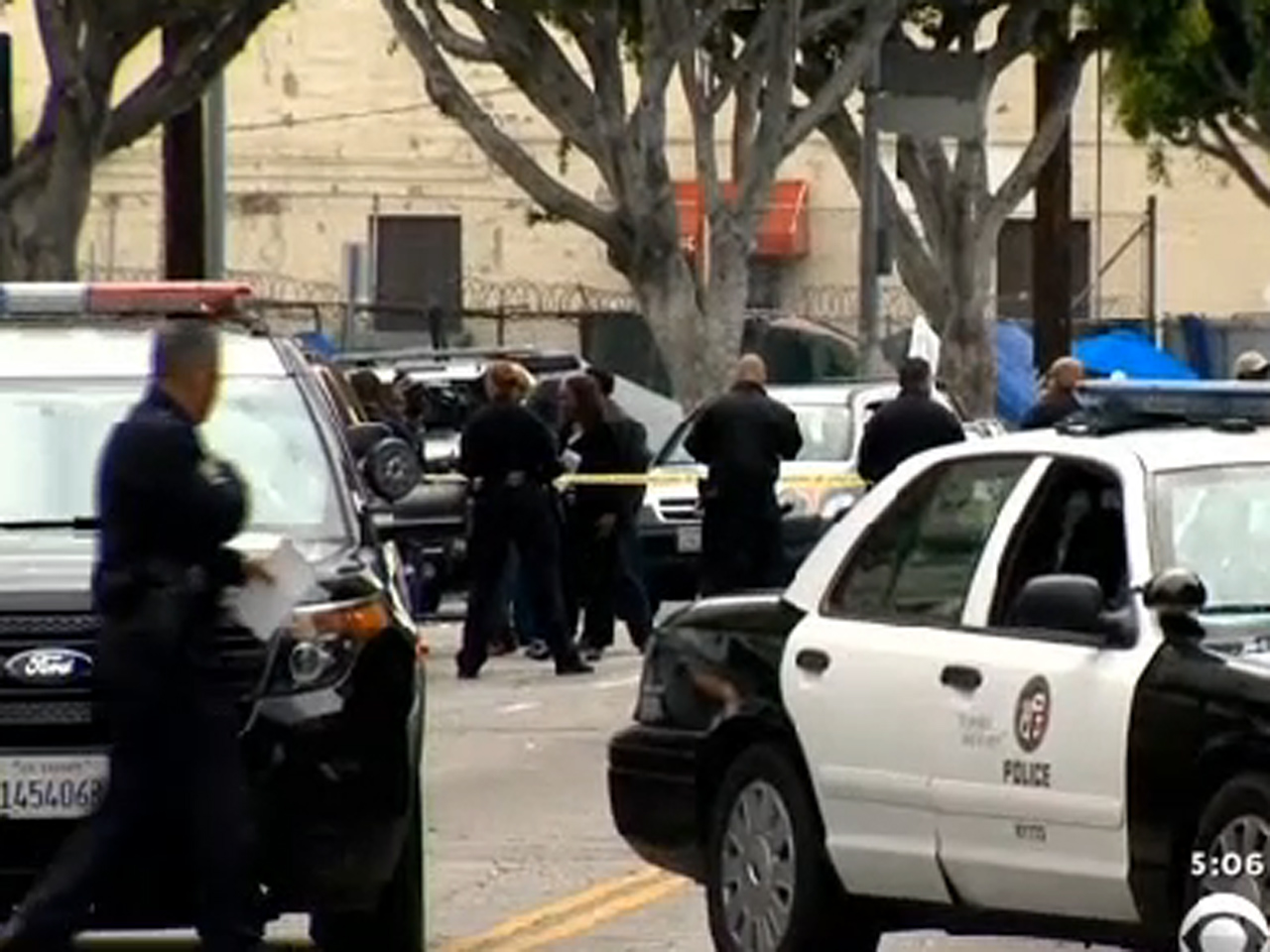 LOS ANGELES - The Los Angeles Chief of Police says a man who was shot dead by police officers during a confrontation in the city's Skid Row section "forcibly grabbed" for one officer's holster, which led to the police-involved shooting.

Police Chief Charlie Beck promised a "comprehensive" investigation of the incident, in a Monday afternoon news conference. The deadly shooting Sunday was captured on video that showed police officers wrestling with the man on the ground and was viewed by millions online.

After the shooting, police are seen drawing their batons and warning an angry crowd to step back. Several shouted at the officers, accusing them of going too far.

Beck said police officers were initially called to scene in response a robbery report, that they were directed to the suspect, and that he "repeatedly refused to comply with officers' commands" and that a "brutal, brutal fight ensued."

The chief said that officers used Tasers on the suspect but they "appeared to have little effect" and he continued to violently resist.

Referring to audio of the confrontation that he claims he has heard, Beck said a "young officer" said "he has my gun" several times, "with conviction."

"It appears officers acted compassionately up until the time when force was required," the chief said Monday.

He also said that all of the officers involved in the incident "had at least some training" in dealing with the mentally ill.

Witnesses told the Los Angeles Times that the victim was known on the street as "Africa." But his race was unclear from the video, which showed most of the figures in shadow.

The witnesses said the man had been there for four or five months amid the tents, sleeping bags and trash of Skid Row, where many of the city's homeless stay.

Three officers, one of whom is a sergeant, shot the man as they struggled on the ground for control of one of the officer's weapons, LAPD Cmdr. Andrew Smith said.

On the video, six officers can be seen responding to the scene. They begin wrestling with the man as he takes swings at them.

Two of the officers break away to subdue and handcuff a woman who had picked up one of their dropped batons. The struggle becomes increasingly blurry and distant, but shouting can be heard, followed by five apparent gunshots.

Police did not release the man's name or give any other identifying details, and Cmdr. Smith said he did not know whether the man was homeless.

Chief Beck said two officers were wearing body cameras which he said will offer "crucial perspective" on what happened.

Two police officers were injured in the encounter, he said, both treated and released, with one on crutches recuperating at home.

Other recent deaths during police actions in New York and in Ferguson, Missouri, and the lack of prosecution of the officers involved, have brought nationwide protest.

The violence Sunday also had echoes of the August Los Angeles police shooting of 25-year-old Ezell Ford, whose death in a struggle with officers brought demonstrations in the city. Ford was unarmed, and police said he was shot only after reaching for an officer's gun.