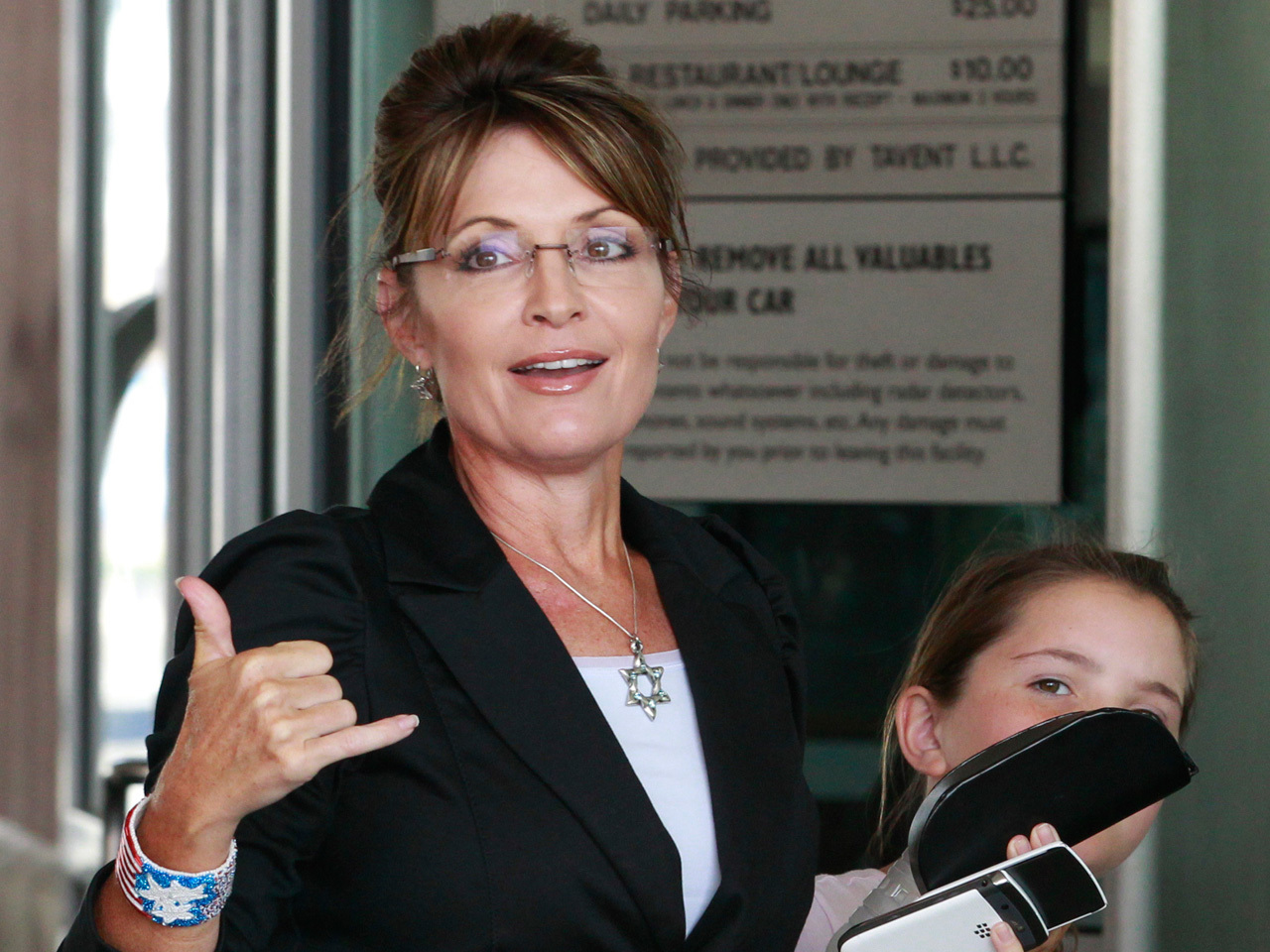 SEABROOK, N.H. - On the day Mitt Romney declared his candidacy for president, Sarah Palin's east coast tour stopped in Seabrook, New Hampshire, no less than 12 miles from where Romney had made the announcement earlier in the day.

Palin denied that she had planned her trip to the Granite State to coincide with (or upstage) Romney's announcement.

The former governor of Alaska attended a clambake - a New England summer tradition - in the backyard of a private residence near the beach. She was joined by her parents, Sally and Chuck Heath, her daughter Piper and about 40 neighbors and supporters.

While Palin spent most of her time chatting with guests, signing autographs and posing for photos, her Q and A with reporters afterward took on a more serious tone.

Palin blamed the Obama administration for not clearly communicating the US's goals in Afghanistan and Iraq and said it is time to reevaluate US military involvement in those countries. "America's self interest in these wars has to be explained better by the administration so that we can have faith in what we're doing there - and what we're spending in these foreign countries - is worth it."

Palin also delved into the debt ceiling debate, skewering Treasury Secretary Timothy Geithner for changing the "due dates where catastrophe would befall us if the debt ceiling is not raised."

"We're facing an August date where supposedly the debt ceiling will have to be raised at that point. Otherwise the economy will crash. I don't believe it," said Palin.

If Congress were to raise the debt ceiling, Palin said it would be a "failure of leadership" in the House.