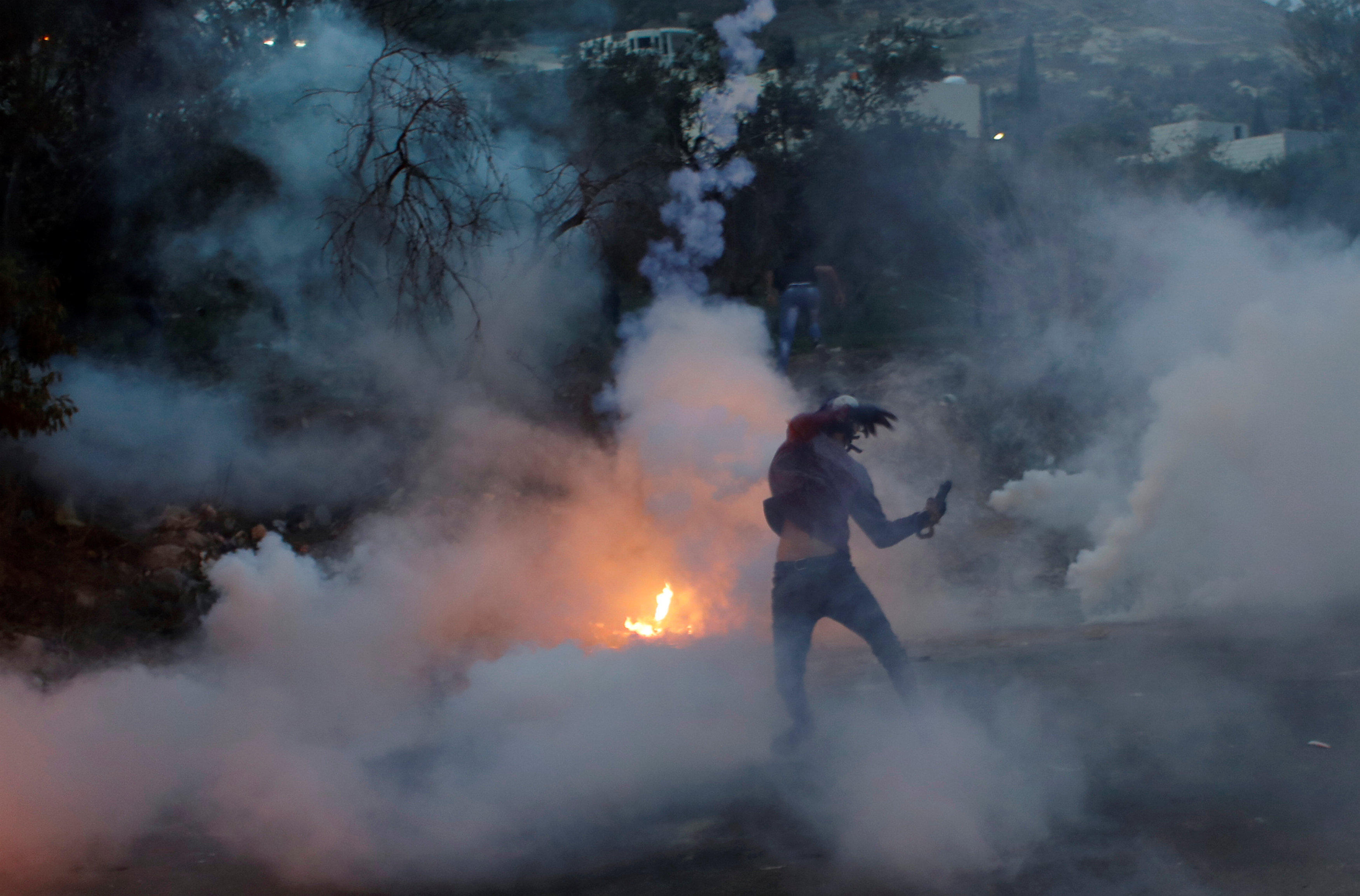 Abbas on a visit to Paris urged France and Europe to play a stronger role in peace efforts, insisting he'll no longer accept any U.S. plans for Mideast peace because of Mr. Trump's position on Jerusalem, which Palestinians see as the administration siding with Israel on the most sensitive issue in the conflict.

The Israeli military said thousands of Palestinians participated in "violent riots" along the Gaza border and across the West Bank "hurling firebombs and rocks and rolling burning tires" at Israeli forces. It said troops responded with tear gas and deployed live fire "selectively toward main instigators."

In Bethlehem on Friday, some Palestinian protesters held anti-Trump banners reading "Mr. Trump, it's not your land to decide to whom it belongs, Jerusalem is ours and it belongs to us,"and "Jerusalem is the capital of Palestine."

The U.N. General Assembly voted overwhelmingly Thursday to denounce Mr. Trump's recognition of Jerusalem as Israel's capital, largely ignoring Mr. Trump's threats to cut off aid to any country that went against him.

The nonbinding resolution declaring U.S. action on Jerusalem "null and void" was approved 128-9 - a victory for the Palestinians, but not as big as they predicted. Amid Washington's threats, 35 of the 193 U.N. member nations abstained and 21 were absent.

The Trump administration made it clear the vote would have no effect on its plan to move the American Embassy from Tel Aviv to Jerusalem.

The United States and Israel had waged an intensive lobbying campaign against the U.N. measure, with U.S. Ambassador Nikki Haley sending letters to over 180 countries warning that Washington would be taking names of those who voted against the U.S.

Trump went further, threatening a funding cutoff: "Let them vote against us. We'll save a lot. We don't care."

Speaking in Paris, Abbas said the United States is "no longer an honest mediator in the peace process."

Abbas also denounced the U.S threat to cut financial aid for countries who voted to back the U.N. resolution.

In a Christmas message, sent by his office as he met with French President Emmanuel Macron, Abbas said Mr. Trump's move disqualified the U.S. from continuing in its traditional role as mediator in peace talks.

"The U.S. chose to be biased. Their future plan for Palestine will not be based on the two-state solution on the 1967 border, nor will it be based on International Law or UN resolutions," Abbas said in the written message.

Mr. Trump's announcement departed from decades of U.S. policy that the fate of Jerusalem should be decided through negotiations.  East Jerusalem is home to sensitive Jewish, Muslim and Christian holy sites and the fate of the territory is an emotionally charged issue at the heart of the conflict.

The Palestinians seek east Jerusalem, captured by Israel in the 1967 Mideast war from Jordan, as the capital of their future state. Israel says the entire city, including east Jerusalem, is its eternal capital.

Mr. Trump said his decision merely recognizes the fact that Jerusalem already serves as Israel's capital and is not meant to prejudge the final borders of the city.