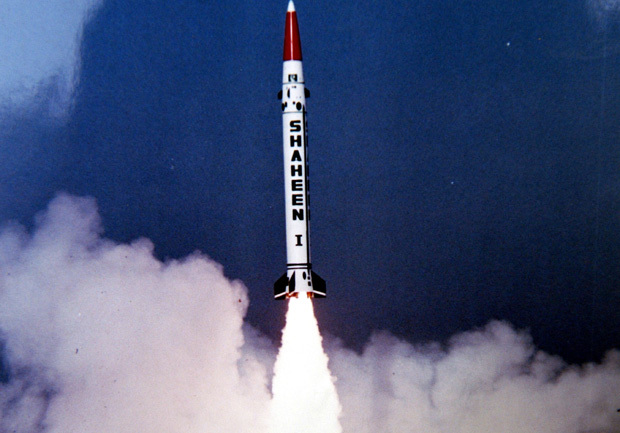 The missile known as the 'Shaheen-1' has a range of 900 kilometers, according to a statement issued by the Inter-Services Public Relations (ISPR), the Pakistan army's public relations outfit.

Pakistan has tested a number of ballistic missiles of varying ranges in recent years, mainly to counter what it sees as a threat posed by an ambitious nuclear and missile program of its neighbor India. Pakistan says its missile and nuclear program have been indigenously developed.

But as tensions have mounted in the past week in the Korean peninsula after North Korea threatened to launch its nuclear missiles, many analysts have been reminded of Pyongyang's old links with Pakistan. Western officials say in the early 1990s North Korea sold a batch of its 'Rodong' missiles to Pakistan, giving an opportunity to the south Asian country to further develop its own missiles.

Wednesday's missile test by Pakistan comes as the U.S., South Korea and Japan in particular remained alarmed over North Korea's tensions. But the senior government official who spoke to CBS News on condition of anonymity said the timing of Wednesday's missile launch was not linked to events in North Korea.

Instead, he said, the 'Shaheen-1' test was meant to give an opportunity to Pakistani scientists to closely track its flight path.

"Tracking this missile involved lots of very sophisticated gadgets which required clear weather and a certain temperature which is available at this time of the year," the official said.

He also said, in keeping with an established mutual practice observed by both India and Pakistan before carrying out their missile tests, Pakistan gave advanced notification to India.