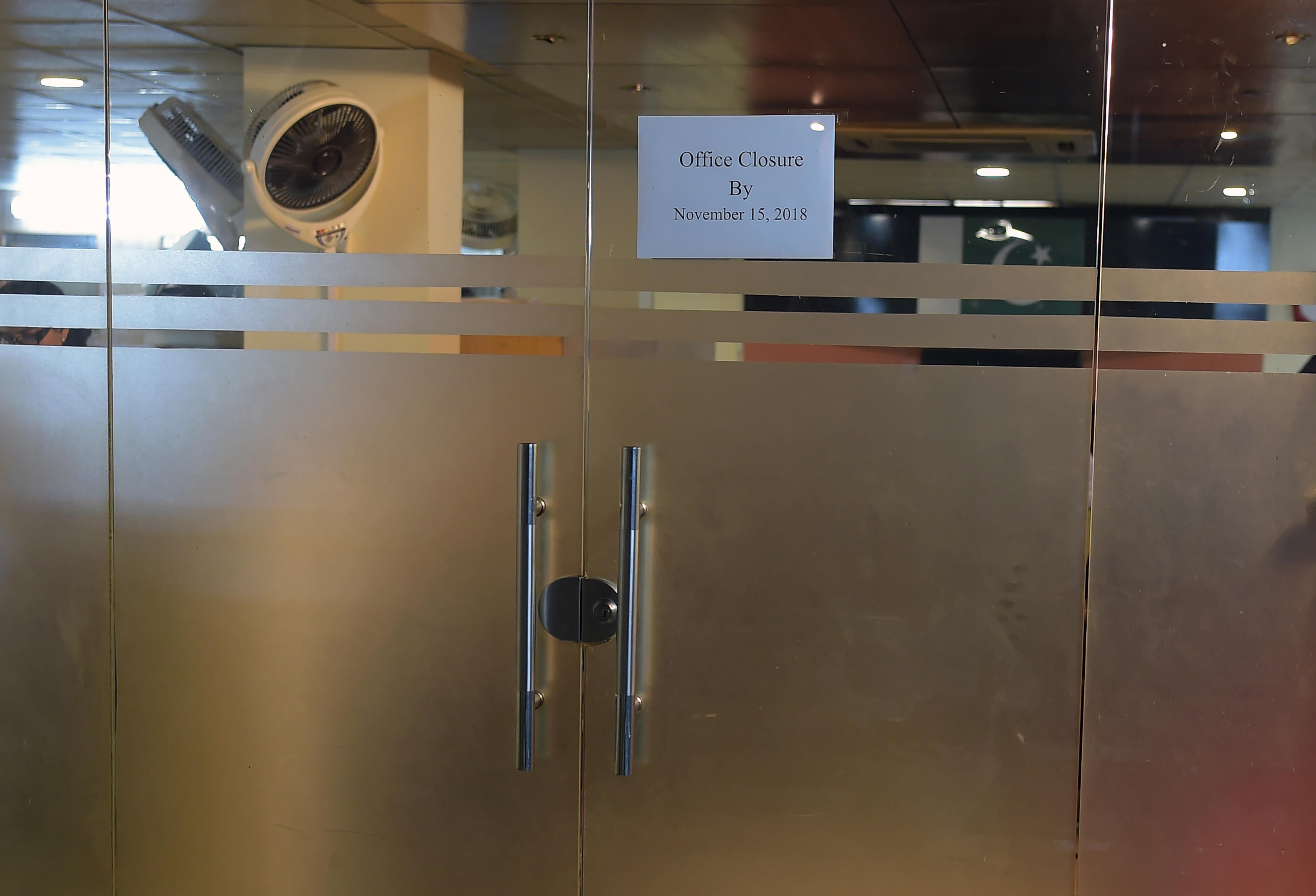 ISLAMABAD -- Pakistan is kicking out 18 international charities after rejecting their final appeal to stay in the country, a move that an aid group spokesman said Thursday would affect millions of desperately poor Pakistanis and lead to tens of millions of aid dollars lost.

The majority of the shuttered aid groups are U.S.-based, while the rest are from Britain and the European Union, according to a government list seen by The Associated Press.

Another 20 groups are at risk of also being expelled after authorities a few months ago singled out some 38 international aid groups for closure, without any explanation.

The development is the latest in a systematic crackdown on international organizations in Pakistan, with authorities using every bureaucratic excuse, such as discrepancies in visa and registration documentation, to target the organizations.

There is also a perception in Islamabad that the United States and European countries have secretly brought spies into Pakistan under the guise of aid workers.

On Thursday, Pakistan's Human Rights Minister Shireen Mazari tweeted that the 18 were asked to leave for spreading disinformation. "They must leave. They need to work within their stated intent which these 18 didn't do," she said.

Umair Hasan, spokesman for the Pakistan Humanitarian Foundation - an umbrella representing 15 of the charities - said those charities alone help 11 million poor Pakistanis and contribute more than $130 million in assistance.

"No organization has been given a clear reason for the denial of its registration renewal applications," Hasan said.

Pakistan and its security forces are still stinging from a 2011 covert operation that involved a Pakistani doctor, an aid group and a vaccination scam to identify Osama bin Laden's home, aiding U.S. Navy Seals who tracked and later killed him.

Islamabad says the United States never notified it of the daring nighttime raid in the Pakistani garrison city of Abbottabad - just a few miles from Pakistan's top military academy - in advance and that the mission that nabbed bin Laden invaded its sovereignty.

Many believe the sweeping crackdown on aid groups is the fallout from the CIA sting operation in which Pakistani doctor Shakeel Afridi, posing as an international aid worker, used a fake hepatitis vaccination program to try to get DNA samples from bin Laden's family as a means of pinpointing his location.

Afridi was subsequently arrested and remains in jail in northwestern Pakistan. Washington has repeatedly demanded his release.

The crackdown "simply marks the latest chapter in an ongoing effort to push back against foreign NGOs in Pakistan," said Michael Kugelman, deputy director of the Asia Programs at the Washington-based Wilson Center. "It's hard to overstate the significance of the hunt for bin Laden and the impact it had on Pakistani perceptions of foreign NGOs."

Hasan said the 18 expelled groups, with the exception of two that are still in court trying to overturn their ouster, have closed their operations in Pakistan. The groups provided everything from education to health care to sanitary and clean water facilities, he said. Many worked in partnership with provincial governments, often supplementing meager development budgets.

Now local officials are being "told not to work with these" groups, added Hasan. "Government people up front will tell you they see the value of their work, but the decision has been taken."

Military spokesman Gen. Asif Ghafoor denies any link between the closures of aid groups and the bin Laden operation, insisting they simply did not meet the criteria, though many had operated for decades in Pakistan. Among the U.S.-based organizations are World Vision, Plan International and Catholic Relief Services.

Pakistan has cracked down on dissidents in recent months and its numerous television channels and newspapers have faced increasing censorship, which has been criticized by international as well as national media watchdogs.

"Civil society space has shrunk," said Hasan. "Next, they will go after local organizations who receive international funding. It will seriously compromise the independence of organizations, their flexibility of how to operate, where to operate."

"These crackdowns on charities will deliver another blow to Pakistan's image," said Kugelman. "While Pakistan certainly isn't the only country to be curtailing the activities of charitable groups, the reputational impacts could be particularly strong because it has a preexisting image problem."