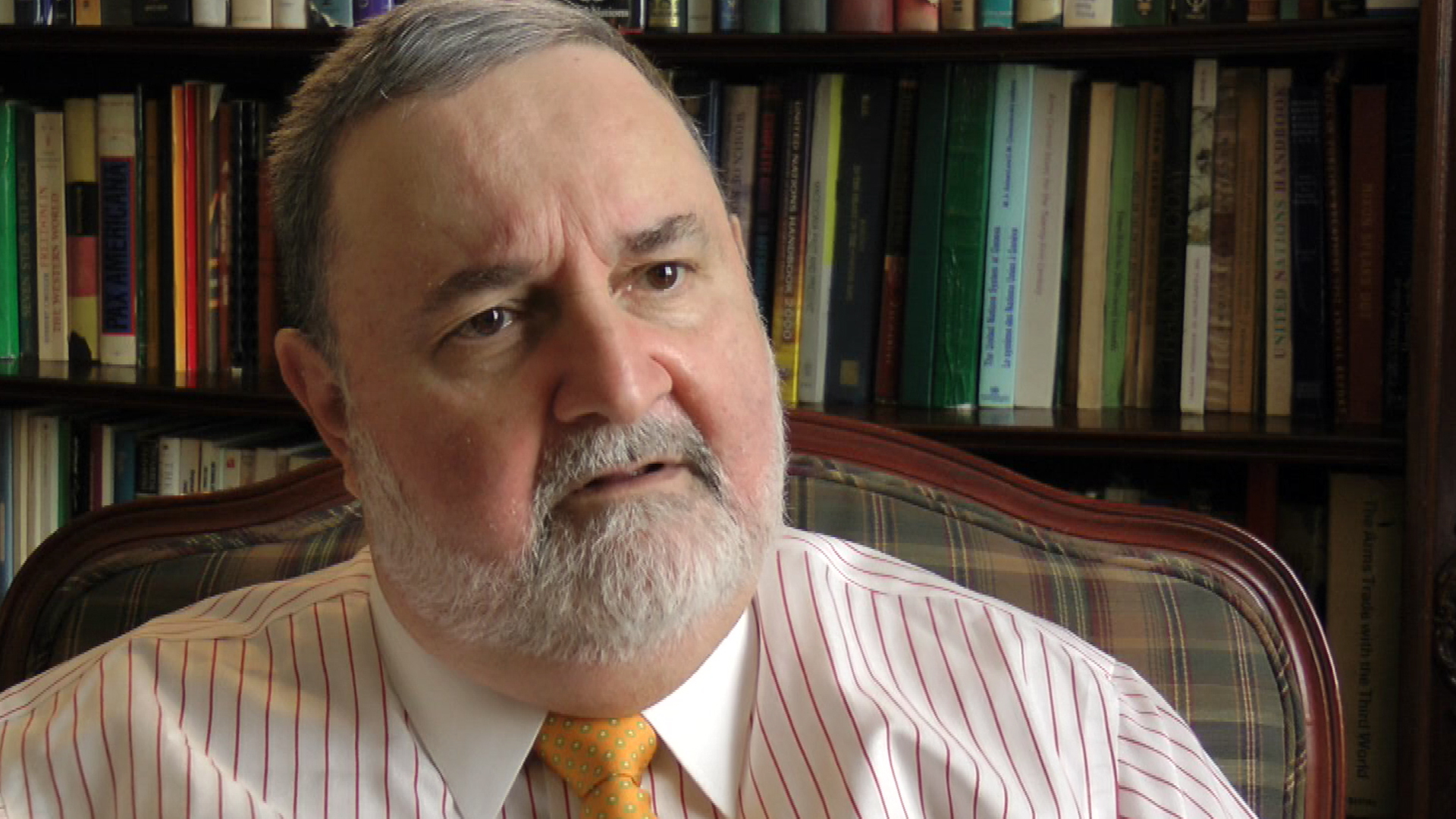 (CBS News) On a deadly day of violent protests in Pakistan, when thousands rampaged in Islamabad, Lahore, Karachi and Peshawar, burned American flags. and condemned the anti-Muslim film, Pakistani U.N. Ambassador Abdullah Hussain Haroon told CBS News' Pamela Falk that if the U.S. wants to stop the attacks against American embassies, "just lay off our Prophet, just lay off our Prophet. Is that too much to ask?"

Friday was declared an official holiday, a "Day of Love for the Prophet" and although officials urged non-violence in protests, some analysts in Pakistan and around the world, criticized the government for a day of killing and mob action that may have been, by design or by accident, seen as government support for the anger.

In one of the largest protests of those that have taken place recently around the world, at least 19 people died and dozens of business were torched, particularly Western restaurants and businesses.

In an attempt to prevent cellphone-detonated bombs, the government of Pakistan -- the nation with one of the largest Muslim populations in the world -- blocked cellphone service in over a dozen cities, a act that has widespread effect in a nation with 120 million cellphone subscribers.

Despite tear gas and live ammunition fired by Pakistani police to quell the violence, and TV ads purchased by the U.S. Embassy in an attempt to distance the U.S. government from the film, anger was in the streets throughout Pakistan.

In commentary that is likely to stir controversy, Pakistani diplomat Haroon gave his perspective as a life-long diplomat to CBS News.

U.S. Secretary of State Hillary Clinton thanked the Pakistani government for protecting the U.S. missions in the country and lamented the deaths in the protests -- and was flanked by Pakistani Foreign Minister Hina Rabbani Khar in Washington.

Haroon had more to say about the overall relationship, lamenting that American aid is too often given for military equipment, and not enough to help Pakistan bring its own people up from poverty.

Asked about the large U.S. aid that goes to Pakistan, Haroon responded. Angry at what he considers a "punitive relationship," where Pakistan "is still scapegoated," he said, "We don't need your money, we don't need your aid." Rather, he said, the Pakistani government needs preferential trade, as the U.S. has given Jordan and Egypt.

"Let's be honest about it," he said. "It's a punitive relationship, where if we do the right thing, we get rewarded; and, the moment we try to think for ourselves, we get banged over the head with a brick or a stone or a stick. I don't think that is an equitable relationship."

Asked about Shakil Afridi, the Pakistani doctor who helped the Central Intelligence Agency track down Osama bin Laden, and has been arrested and sentenced to almost three dozen years in jail, he said, "Every country worries about sovereignty. We have him because we value our national security; he should have come to us, this is what our government's point of view is."

The Pakistani diplomat, outraged at the souring relationship between Pakistan and the U.S., said that there was a great deal of hostility by the Pakistani people to American policy because of the drone attacks against civilians; the removal of Osama bin Laden without Pakistani consent; and the belief that the U.S. has supported governments in the world that did not distribute wealth to its people. He said that things were not always that way.

"The Muslim world has been entirely very friendly to America and the West. The Muslim world had a strong people-to-people belief at one moment and then the people-to-people belief moved away and became more of a government-to-government belief and then, oppressive governments were given what people would view as a license by the West or America, which then started creating the problem.

"They would ask: Why am I poor? Because the Americans don't treat me right. Why don't I have medicine for a dying child? Because the Americans have squeezed the money out of us. It is not the truth, necessarily, but it was the perception. And, nobody tried to reach out. You had some great institutions that used to reach out at one time in the '50s and '60s, but they are not there today."