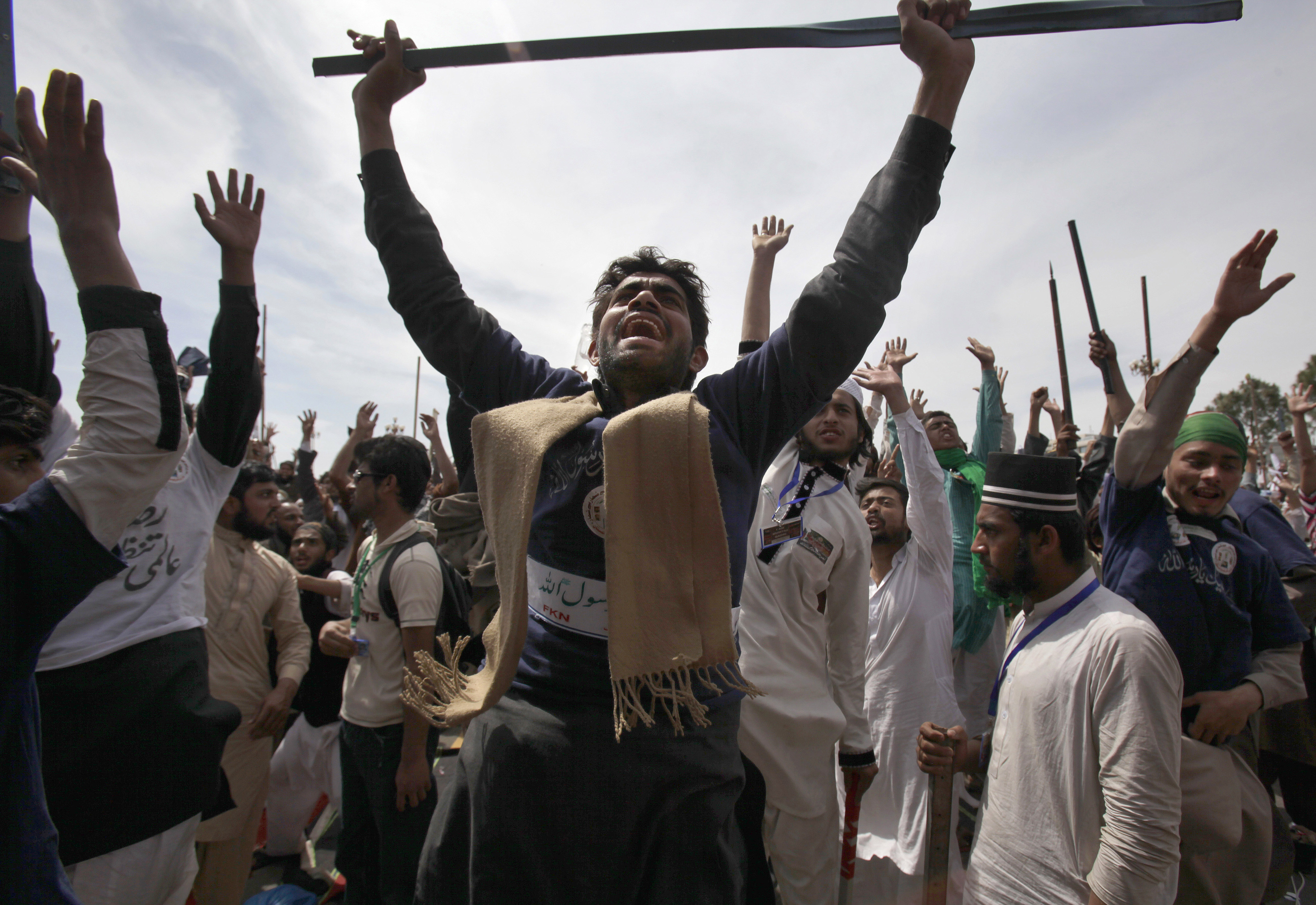 ISLAMABAD-- Hundreds of Islamic extremists resumed protests in Pakistan's capital on Tuesday over the execution of a man who killed a secular governor, in a show of defiance amid a government crackdown following a suicide attack two days earlier.

The rally by Pakistan's Sunni Tehreek group brought more than 10,000 protesters into the streets of Islamabad on Sunday, where they clashed with police. On Tuesday, local police official Mohammad Kashif said some 700 remained, bringing parts of the capital to a standstill.

The government had vowed to crack down on extremism after a suicide bomber targeted Christians celebrating Easter in Lahore, killing more than 70 people. The attack was claimed by a breakaway Taliban faction that supports the Islamic State of Iraq and Syria (ISIS). The army responded by launching raids on suspected militant hideouts in Pakistan's eastern Punjab province, of which Lahore is the capital.

More than 300 suspects have been detained in the past 48 hours, a security official said. Another official confirmed nearly 300 arrests and said most of those detained were suspected members of outlawed extremist groups. The two officials spoke on condition of anonymity as they were not authorized to brief journalists.

Provincial law minister Rana Sanaullah told a televised news conference that troops and police had conducted 160 operations against militants in Punjab in the past 24 hours, saying they would continue "until the last terrorist is eliminated."

Sanaullah, who has faced allegations of being soft on pro-Taliban militants, said police in recent months detained 5,221 suspects but freed 5,005 because of a lack of evidence. He urged citizens to assist authorities in tracking down militants.

The military has been waging an offensive against militants in the North Waziristan tribal region along the Afghan border since 2014.

The army claims to have killed hundreds of alleged terrorists, and overall violence has declined since then. But militants have still managed to carry out large attacks, including a Taliban massacre at an army-run school in Peshawar in December 2014 that killed 150 people, mainly children.