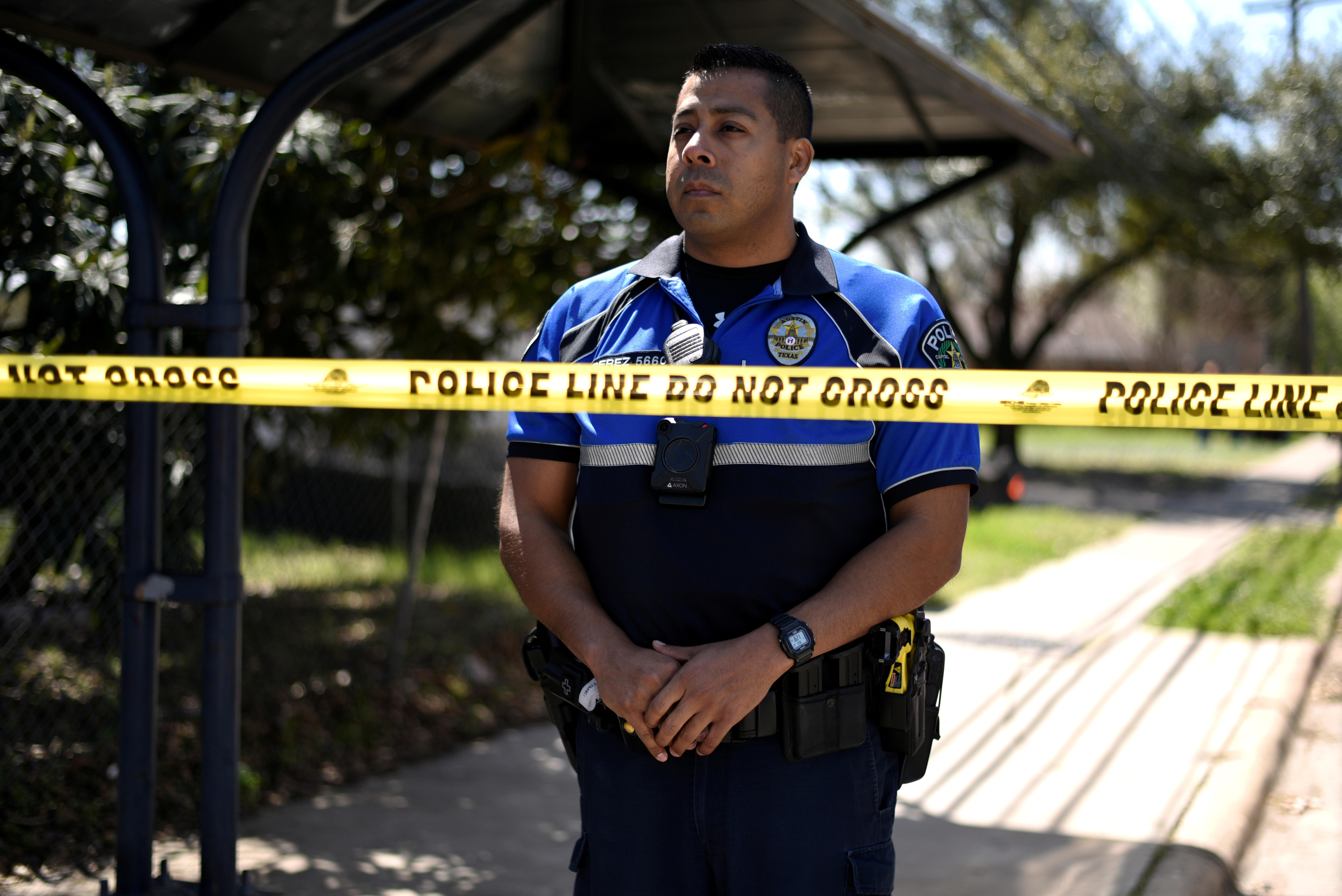 AUSTIN, Texas -- For the second and third time this month, someone left packages containing bombs at homes in Austin, Texas, killing two people and wounding two others. The explosions Monday happened at homes just a few miles apart.

"There was a package that exploded inside of the home. They have, to our knowledge, evacuated," a dispatcher was heard saying earlier Monday. "We have trauma activation, 65-year-old female, they are treating trauma, head and torso," an EMS worker was heard saying. "Can you confirm this was a device as of this morning?" dispatch asked. EMS responded: "That is affirmative."

It was the third package bombing in 10 days. The first happened March 2, killing 39-year-old Anthony Stephan House. The early morning bombing killed a 17-year-old boy and sent an adult woman to the hospital with non-life threatening injuries.

A 75-year-old woman was severely injured in the afternoon attack.

"We are looking at these incidents as being related based on similarities we have seen," Austin police chief Brian Manley said Monday. "These packages are being delivered in the night time hours and in the morning when the resident comes out they find them on their doorstep."

The police say the devices are powerful enough to cause extensive damage inside the homes and showed a certain amount of sophistication. Both the FBI and the Bureau of Alcohol, Tobacco, Firearms and Explosives (ATF) are on the scene and have joined the local police to investigate.

"We will leave no stone unturned because we are not going to continue to let this go on in our city," Manley added.

All three bombings happened on Austin's east side -- it's the predominantly minority and historically African-American part of town. Three of the victims are black, the elderly woman is Hispanic.

"We cannot rule out that hate crime is at the core of this but we are not saying that's the cause as well. We are just acknowledging and looking at any possible motivation," Manley said.

No matter the motivation, the bombings have shaken the foundation of this community.

Manley told CBS News that the explosions aren't just happening when people pick them up. Apparently one explosive detonated after the person took it inside a home and opened it.

"A couple of people knew the family, my heart goes out, you see, I am in tears now," the resident added.

The Texas governor's office is offering a reward of up to $15,000 for information leading to the arrest of those involved in the deadly package blasts. In a statement, Gov. Greg Abbott said he's been briefed by the Texas Department of Public Safety on the situation. He also says he's offered the Austin Police Department whatever assistance it needs in its investigation.

Abbott says he wants to assure Texans, especially those in the Austin area, "that local, state and federal law enforcement officials are working diligently to find those responsible for these heinous crimes."

Officials have urged residents to call police if they receive a suspicious package. There have been dozens of calls so far Monday night.