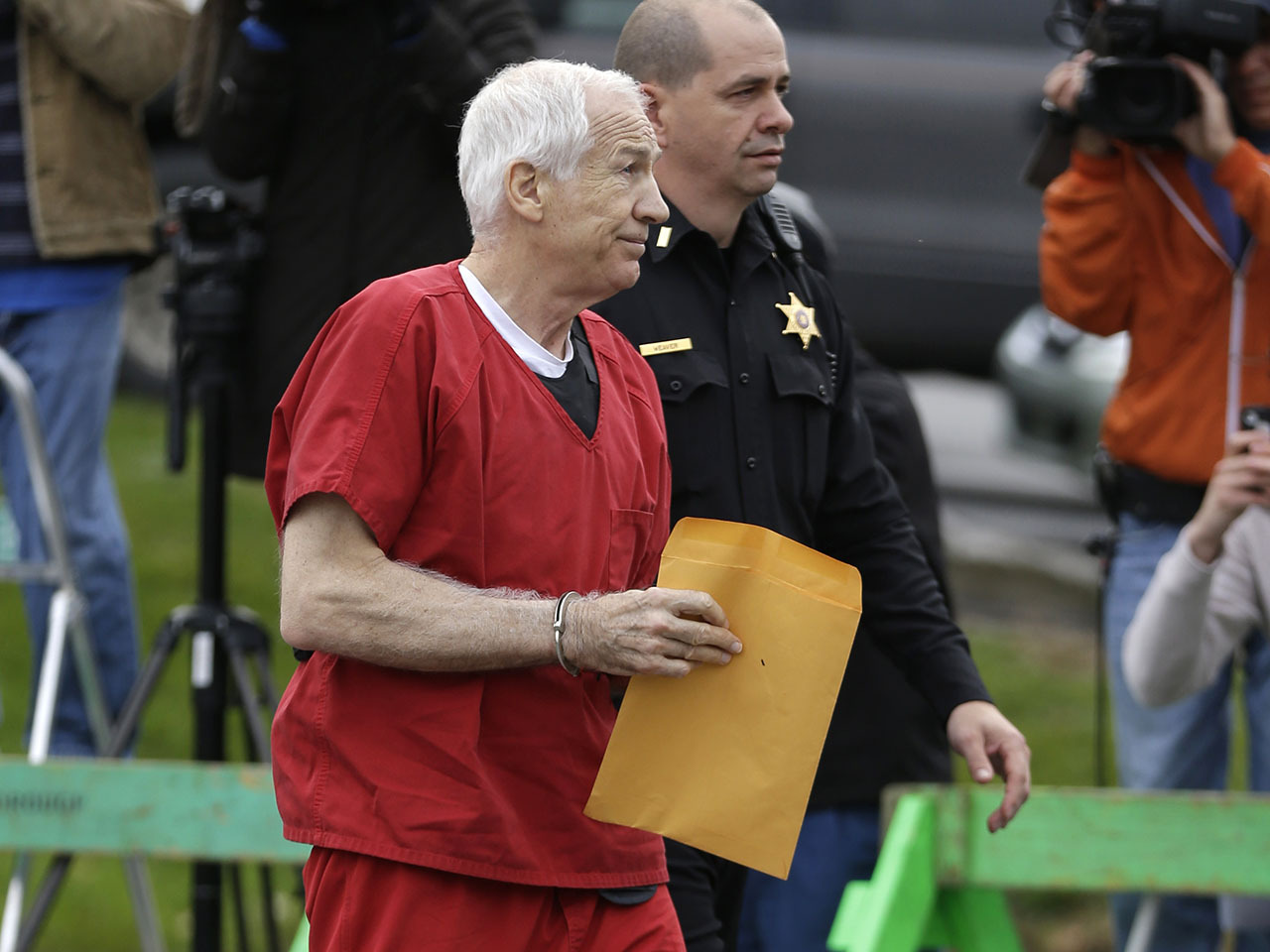 Pennsylvania's public employee pension system has moved to revoke Jerry Sandusky's pension after his conviction and sentence in the child sexual abuse scandal.

The State Employees' Retirement System notified Sandusky by letter Wednesday that his crimes triggered forfeiture of his pension. The former Penn State assistant football coach was sentenced Tuesday to at least 30 years in prison for molesting 10 boys.

Sandusky's lawyer said ahead of the notification that Sandusky would fight any attempt to revoke his pension.

Judge John Cleland sentenced the 68-year-old Sandusky to 30 years minimum to 60 years maximum in prison. Under Pennsylvania law, Sandusky cannot be released on parole before the minimum term is up.

A defiant Sandusky gave a long, rambling statement in which he denied the allegations and talked about his life in prison and the pain of being away from his family.

Outside the courthouse after the sentencing, prosecutor Joseph McGettigan praised the victims for their bravery in coming forward and called Sandusky's punishment a "wise and proper one." He called the former football coach's statement "a masterpiece of banal self-delusion" that was "entirely self-focused as if he again were the victim."

Sandusky was found guilty in June of 45 counts of child sexual abuse, convicted of molesting 10 boys over a 15-year period. Witnesses said Sandusky used the charitable organization he founded for troubled children as his personal hunting ground to find and groom boys to become his victims.

His arrest 11 months ago, and the details that came out during his trial over the summer, transformed Sandusky's public image from a college coach who had been widely admired for his work with The Second Mile charity into that of a reviled pervert who preyed on the very youngsters who sought his help.