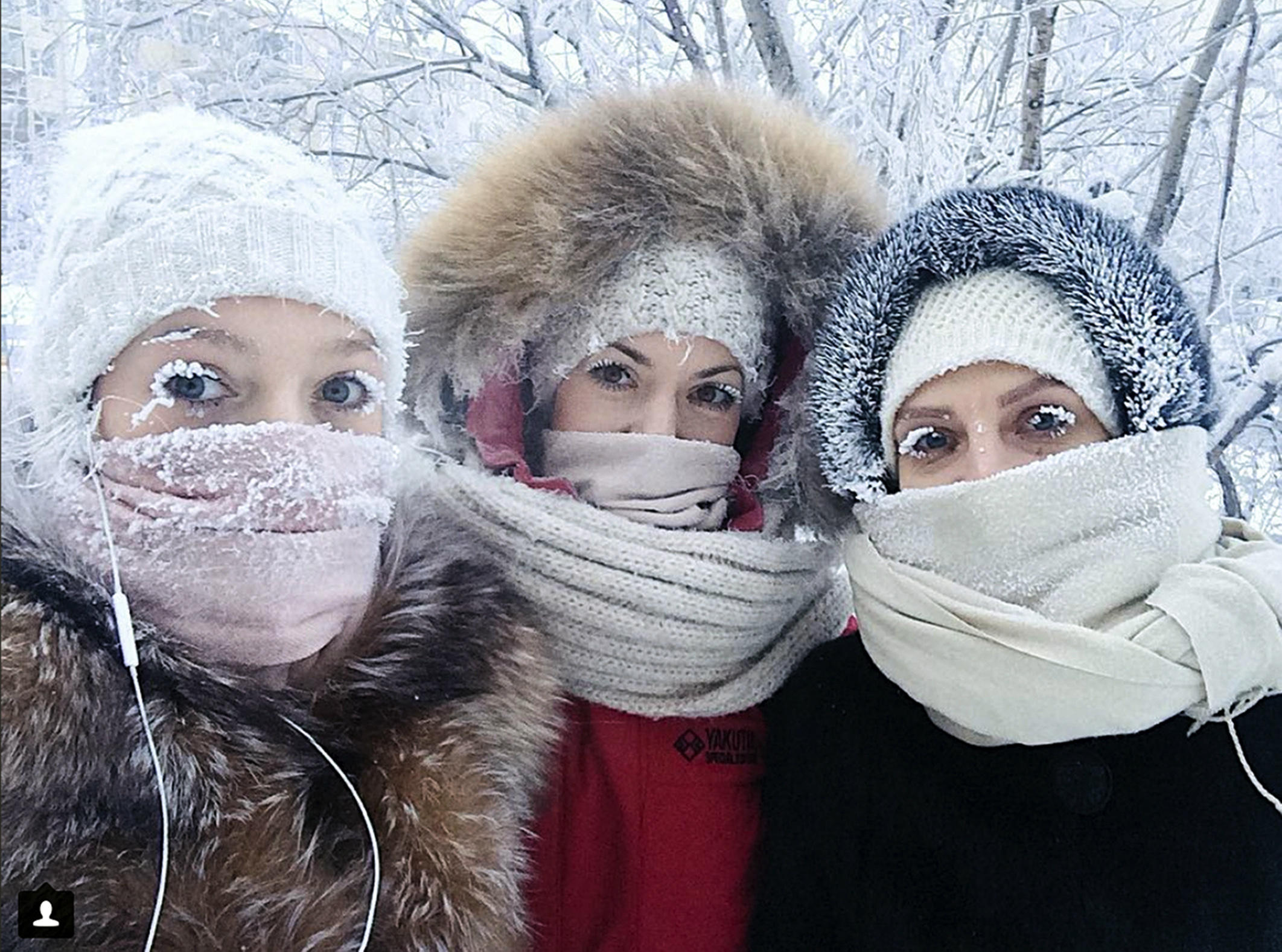 MOSCOW -- Even thermometers can't keep up with the plunging temperatures in Russia's remote Yakutia region, which hit minus 88.6 degrees Fahrenheit in some areas Tuesday.

In Yakutia -- a region of 1 million people about 3,300 miles east of Moscow -- students routinely go to school even in minus 40 degrees. But school was cancelled Tuesday throughout the region and police ordered parents to keep their children inside.

In the village of Oymyakon, one of the coldest inhabited places on earth, state-owned Russian television showed the mercury falling to the bottom of a thermometer that was only set up to measure down to minus 50 degrees. In 2013, Oymyakon recorded an all-time low of minus 98 Fahrenheit.

By comparison, the windchill at the summit of Mount Washington in New Hampshire was recorded at minus 90 degrees earlier this month during a brutal cold snap in the eastern U.S., but the actual temperature was higher.

Over the weekend, two men froze to death when they tried to walk to a nearby farm after their car broke down. Three other men with them survived because they were wearing warmer clothes, investigators reported.

But the press office for Yakutia's governor said Tuesday that all households and businesses in the region have working central heating and access to backup power generators.

Residents of Yakutia are no strangers to cold weather and this week's cold spell was not even dominating local news headlines Tuesday.

But some media outlets published cold-weather selfies and stories about stunts in the extreme cold. Women posted pictures of their frozen eyelashes, while YakutiaMedia published a picture of Chinese students who got undressed to take a plunge in a thermal spring.