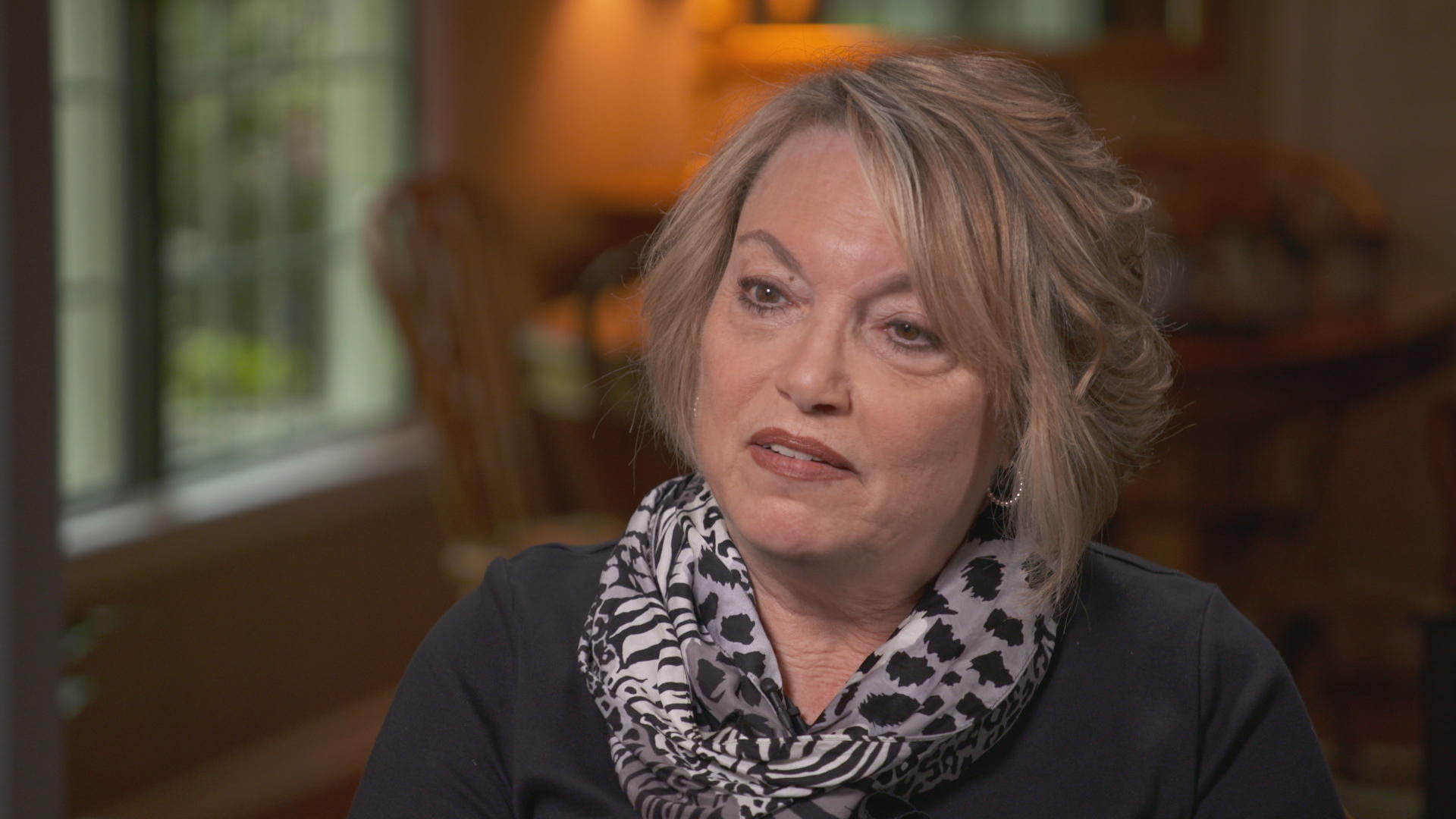 Purdue Pharma laid off its entire sales team this week. Now only on "CBS This Morning," a former Purdue sales representative reveals the drugmaker downplayed the dangers of opioids, even after pleading guilty to a felony charge of "misbranding." Purdue's 2007 settlement with the Justice Department included more than $630 million in fines.

But 24 states and more than 400 cities and counties are suing Purdue and its competitors, accusing them of fueling an opioid drug crisis that's killed more than 200,000 people.

Purdue makes OxyContin, perhaps the best known opioid painkiller in America. In 2007, it admitted to falsely selling the drug as less addictive than rivals. But a former Purdue salesperson tells us the deceptive sales didn't end there.

"It was always in the back of my mind that maybe the company had not told us the whole truth when they hired us, when we interviewed, when we went through training," Carol Panara told CBS News correspondent Tony Dokoupil. She trained for a sales job with Purdue Pharma in 2008.

She showed us how the company's bonus system put her in a position to make more money – by convincing doctors to prescribe higher doses of OxyContin for a wider range of pain.

"So bottom line, sell as much as you can," Dokoupil said.

"Sell as much as you can. The idea being that we're trying to… expand our reach beyond just pain doctors," Dokoupil said.

A year earlier, Purdue had admitted it falsely "promoted OxyContin as less addictive" by – among other means – claiming the drug's slow-release formula "did not cause a 'buzz' or euphoria... and could be used to 'weed out' addicts." The company said the "misstatements" ended in 2001.

"They made it sound like it was a little bit of a witch hunt on the government's part," Panara said.

But amid skyrocketing addiction rates and overdoses related to OxyContin, Panara claimed the company taught a sales tactic she now considers questionable, saying some patients might only appear to be addicted when in fact they're just in pain. In training, she was taught a term for this: "pseudoaddiction."

"So the cure for 'pseudoaddiction,' you were trained, is more opioids?" Dokoupil asked.

"Did this concept of pseudoaddiction come with studies backing it up?"

"We had no studies. We actually -- we did not have any studies. That's the thing that was kind of disturbing, was that we didn't have studies to present to the doctors," Panara responded.

"You know how that sounds?" Dokoupil asked.

A 2015 study published in Current Addiction Reports found "no empirical evidence" to support "pseudoaddiction" as a diagnosis. In a statement to CBS News (see full below), Purdue said it's "confident that its past marketing and sales of its prescription opioid medications have been consistent with the information contained in the FDA-approved label." But the word "pseudoaddiction" doesn't appear on OxyContin's label, and a spokesperson for the FDA said the labeling is not intended as a discussion of pseudoaddiction.

"A big lie's really easy to explain. You know, you just come up with a ridiculous term, like pseudoaddiction," Oklahoma Attorney General Mike Hunter said. He is one of two dozen AGs suing Purdue and other opioid manufacturers. Many of the lawsuits mention pseduoaddiction.

"So as far as you can tell, there is no scientific basis for pseudoaddiction?" Dokoupil asked.

"I reject any notion that there's science behind pseudoaddiction," Hunter said.

Hunter alleges that Purdue and its competitors have "caused a devastating public health crisis," costing his state billions of dollars a year.

"Do you think this is an epidemic that begins with Purdue Pharma and OxyContin?" Dokoupil asked.

Purdue has reportedly been in discussions with multiple states for a "global settlement" of lawsuits. But Hunter said he's not interested in joining those talks.

Panara, who quit in 2013, said she hopes the drugmaker is held accountable.

Asked whether Panara regrets the five years she spent with Purdue Pharma, she said, "I'm gonna sum it up and say this: I think that was one of the, if not the worst career decisions of my life."

In February, the company said it would stop training salespeople to sell OxyContin. This week, it announced it would stop making sales calls for the rest of its drugs. Purdue said it's diversifying beyond pain medications, working to develop new drugs to treat cancer and central nervous system disorders.

"Purdue is confident that its past marketing and sales of its prescription opioid medications have been consistent with the information contained in the FDA-approved label as the agency oversees the risks and benefits of prescription medications. Additionally, FDA has, and continues to, rigorously assess the science and medical practice around appropriate treatment of chronic pain, while simultaneously working hard to ensure that our society suffers less from the scourges of prescription opioid abuse and addiction.

Purdue is committed to working collaboratively with all those impacted by this public health crisis to help stem the tide of opioid related deaths and addiction."

A spokesperson for the FDA told CBS News the OxyContin labeling is not intended as a discussion of pseudoaddiction. The FDA provided us with the following statement:

"The FDA is aware of the term pseudoaddiction, but the referenced language in section 9.2 of OxyContin's labeling is intended to assist prescribers by recommending that they evaluate all patients presenting with drug-seeking behavior (seeking more opioids), to determine whether the behavior is part of an underlying addiction or if the behavior is related to inadequate pain control.

Further, OxyContin contains oxycodone, which has always been listed as a Schedule II drug controlled substance under the Controlled Substance Act. Schedule II drugs, substances, or chemicals are defined as drugs with a high potential for abuse, with use potentially leading to severe psychological or physical dependence.

It's important to note that while pseudoaddiction is a concept that has been described in published medical literature, it does not preclude the possibility that a patient may become addicted."