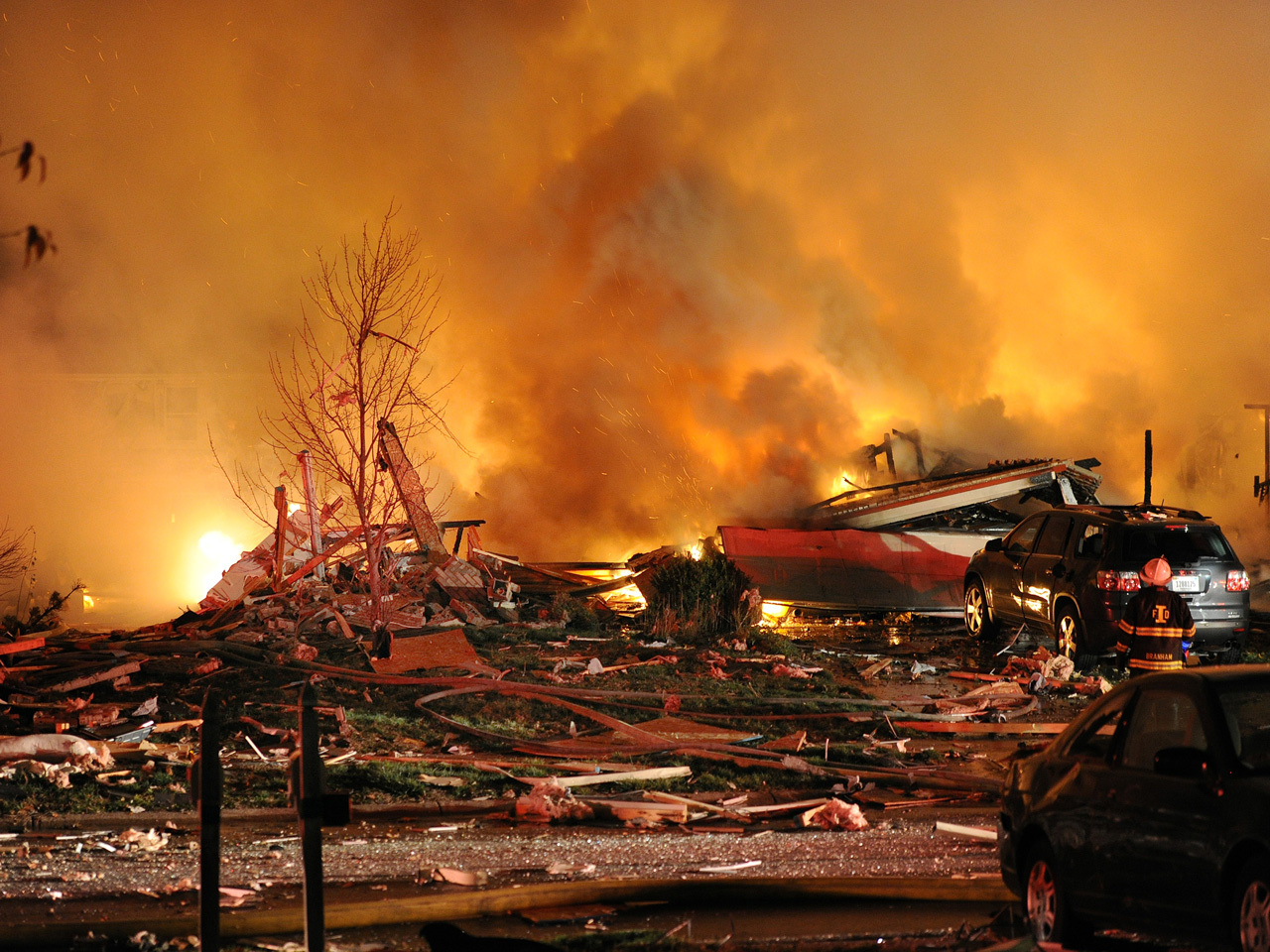 INDIANAPOLIS The owner of a house that exploded in Indianapolis, killing two people and damaging dozens of homes so severely officials say they must be demolished, said Monday that a problem furnace could be at fault.

John Shirley, 50, of Noblesville, told The Associated Press that his daughter sent him a text message last week complaining that the furnace in the home where she lives with her mother and her mother's boyfriend had gone out and required them to stay at hotel.

But Shirley also said when he asked if the furnace had been fixed, his daughter said yes, and he wasn't aware of any additional problems until he heard from his daughter again Sunday morning.

"I get a text from my daughter saying `Dad, our home is gone.' Then I called my ex-wife and she said what happened," he said.

A source in touch with the couple told CBS Indianapolis affiliate WISH-TV that a member of the family had smelled gas in the house.

Citizens Energy, the natural gas supplier to the home, did not receive any reports about a faulty furnace at the home, but the homeowner wouldn't necessarily report such a problem to the utility, spokeswoman Sarah Holsapple said. And if the homeowner hired someone to fix the furnace, the contractor wouldn't need to tell the utility.

"It's too early to speculate that this might have been caused by a gas leak," Holsapple said at an afternoon news briefing.

Citizens Energy tested for gas leaks in the neighborhood but hasn't found any. She said crews were also testing lines that run from the gas main to the home and were testing the home's gas meter. She said the utility had no record of abnormal gas consumption in the home that exploded.

Investigators said they have not determined a cause for the Saturday night blast that sparked a massive fire, blew out windows, collapsed ceilings and shook homes up to three miles away. Public Safety Director Troy Riggs said the search for answers could take some time.

The blast forced about 200 people out of their homes in the once-tidy neighborhood of one- and two-story single-family houses.

Some were allowed to return Sunday, and others were able to retrieve a few belongings. But those whose homes suffered the most damage will never be allowed back inside, officials said. They have estimated about 30 homes will need to be demolished.

"I walked outside and all the houses were on fire," said Alex Pflanzer, who immediately woke up at the sound of the explosion.

Indianapolis code enforcement officials met Monday with homeowners at a nearby church to discuss insurance and demolition procedures and to make arrangements to take some to their homes for an hour to collect more belongings later in the day.

The blast flattened the house Shirley co-owns with his ex-wife and one next door that belongs to second-grade teacher Jennifer Longworth and her husband, John. The coroner's office has not yet identified the two people killed in the blast, but a candlelight vigil was held Sunday night at the school where Jennifer Longworth teaches.

Indiana real estate records show Shirley's house had been for sale for a year until it was taken off the market in March.

U.S. destroyer sunk during WWII is "deepest shipwreck ever located"
Thanks for reading CBS NEWS.
Create your free account or log in
for more features.
View CBS News In
CBS News App Open
Chrome Safari Continue
Be the first to know
Get browser notifications for breaking news, live events, and exclusive reporting.