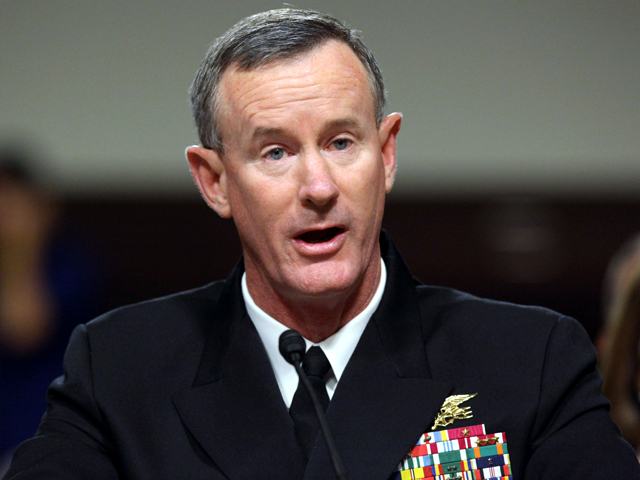 William McRaven wrote an opinion piece for The Washington Post Thursday asking President Trump to revoke his security clearance in solidarity with former CIA director John Brennan, who had his security clearance revoked Wednesday. McRaven, a retired Navy admiral who served as commander of the U.S. Joint Special Operations Command from 2011 to 2014, oversaw the 2011 Navy SEAL raid in Pakistan that killed al-Qaeda leader Osama bin Laden.

McRaven called Brennan "one of the finest public servants I have ever known," saying "his honesty and character have never been in question, except by those who don't know him."

"Therefore, I would consider it an honor if you would revoke my security clearance as well, so I can add my name to the list of men and women who have spoken up against your presidency," McRaven wrote. He also criticized the president, saying that he did not possess necessary qualities of a good leader.

"Through your actions, you have embarrassed us in the eyes of our children, humiliated us on the world stage and, worst of all, divided us as a nation," McRaven wrote. "If you think for a moment that your McCarthy-era tactics will suppress the voices of criticism, you are sadly mistaken."