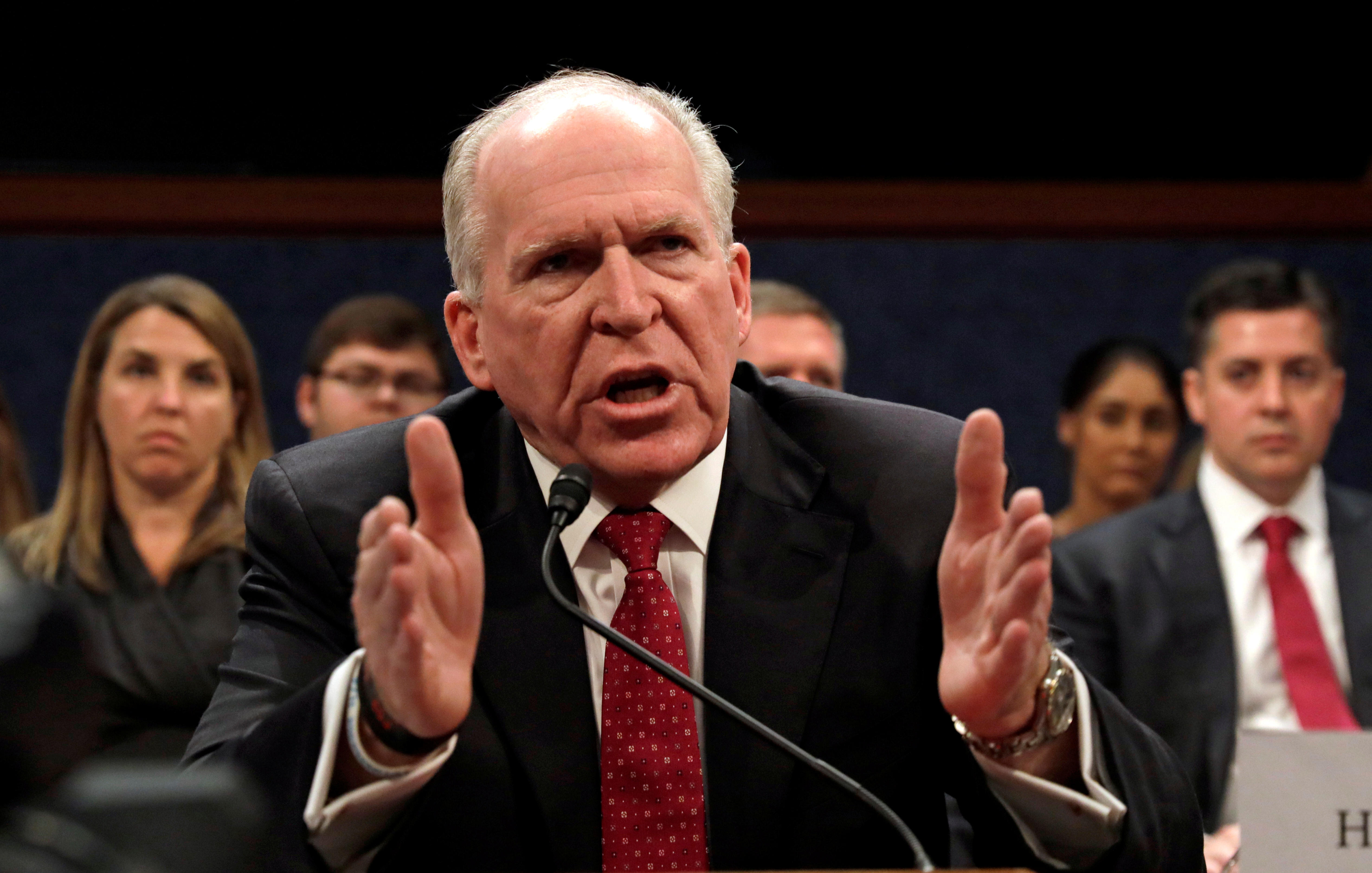 President Trump has ordered former CIA Director John Brennan's security clearance to be revoked. The announcement was made by White House press secretary Sarah Huckabee Sanders on Wednesday. Brennan served in the Obama administration. He was CIA director from 2013 to 2017.

"Mr. Brennan has a history that calls into question his objectivity and credibility," Sanders told reporters in her opening remarks at Wednesday's press briefing.

The White House announced in the end of July that it was "exploring" the possibility of revoking the security clearances of several former intelligence officials who have criticized Mr. Trump. According to Sanders, the White House is now evaluating the clearances of the following individuals on a "case by case basis":

Not everyone on this list appears to still have a security clearance. In July, a spokesperson for McCabe tweeted that the former FBI director's security clearance was he was deactivated when he was fired. The same apparently is true of Comey, according to his friend Ben Wittes, because he was also fired. Meanwhile, Hayden said last month that revoking his clearance wouldn't have any effect on what he says.

"I don't go back for classified briefings," Hayden, who served under President George W. Bush, told CBS News in July. "Won't have any effect on what I say or write."

Sanders brought into question why former government officials should maintain their security clearances, although these clearances are typically valid for five years.

"More broadly, the issue of Mr. Brennan's security clearance raises larger questions about the practice of former officials maintaining access to our nation's most sensitive secrets long after their time in government has ended," Sanders said. "Such access is particularly inappropriate when former officials have transitioned into highly partisan positions and seek to use real or perceived access to sensitive information to validate their political attacks."

Brennan has been extremely critical of the president. He called Mr. Trump's joint press conference with Russian President Vladimir Putin as part of the Helsinki summit last month "nothing short of treasonous."

"It's not just a courtesy,"former Acting CIA director Michael Morell told CBS News last month. "For as long as I have been aware, which is probably two decades, former senior officials have kept their clearances. And the purpose is not to benefit the individual. It's to benefit the government. So, for example, I go into CIA regularly and I help them think through issues, I talk to people, I'm there to assist in any variety of ways. I also serve on a government commission that I could not serve on without having my clearances."

The idea of revoking pre-established clearances originated with Sen. Rand Paul, R-Kentucky, in a tweet.

"Is John Brennan monetizing his security clearance?  Is John Brennan making millions of dollars divulging secrets to the mainstream media with his attacks on @realDonaldTrump ?" he queried on Twitter last month.

Paul followed up stating his intent to meet with the president to discuss revoking Brennan's clearance.

David Priess, a former career CIA analyst and daily intelligence briefer, told CBS News that "this is the first time I have seen or heard about something like this being done."

"I'm unaware of either a valid reason or any precedent for this action. It's dangerous, because it the president is ratcheting up tension in an already difficult relationship with his intelligence community. It's short-sighted, because it seeks to change the narrative away from the Manafort trial and additional revelations of the President's heinous statements — but it only adds to the narrative of a man who breaks norms and possibly laws as he thinks it serves him."

"The clearances issued to former directors Brennan, Hayden and others are only for the government's benefit – it ensures continuity and that they can respond when needed to weigh in on matters of national security," Sipher said. "The CIA director or DNI should speak up on this one."

"That said, I do wish Brennan would refrain from making personal attacks," he continued. "He only helps Trump when he makes them."