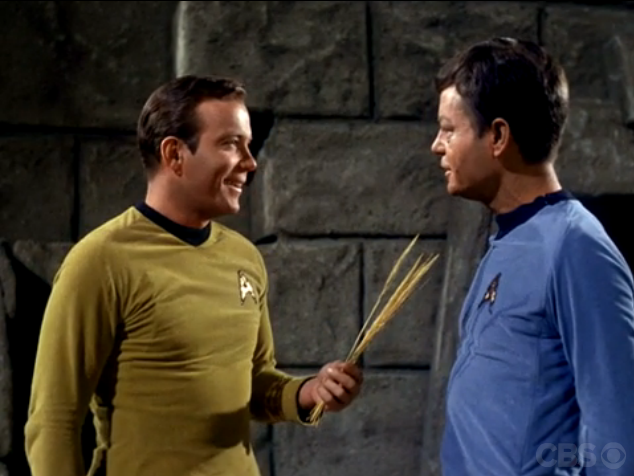 It's been 50 years since "Star Trek" aired its very first episode, and Trekkies all over the world are very excited, including a few members of the original cast.

William Shatner, Nichelle Nichols and George Takei all tweeted out tributes to the show.

Even former Secretary of State Madeleine Albright joined in on the fun, sharing an adorable photo of herself with the cast of "Star Trek: Nemesis."

Real-life astronaut Sam Cristoforetti reshared a photo of herself doing the Vulcan salute in space.

Adam Nimoy, son of Leonard Nimoy, shared a throwback photo of himself with his famous dad and said, "Half century of #StarTrek & still moving @ warp speed? Having trouble wrapping my mind(meld) around it. LLAP y'all.'

Other prominent fans shared congratulatory messages and Vulcan salutes to the franchise as well.

Fans are undoubtedly excited for the latest installment of the "Star Trek" franchise, which will come to CBS in 2017. The writers of "Star Trek: Discovery" seem to have a bit of a problem though -- their hands are cramped from flashing the Vulcan salute too much. They'll figure it out.

Catch up on the original show with free episodeson CBS All Access and learn about everything on "Discovery" here.