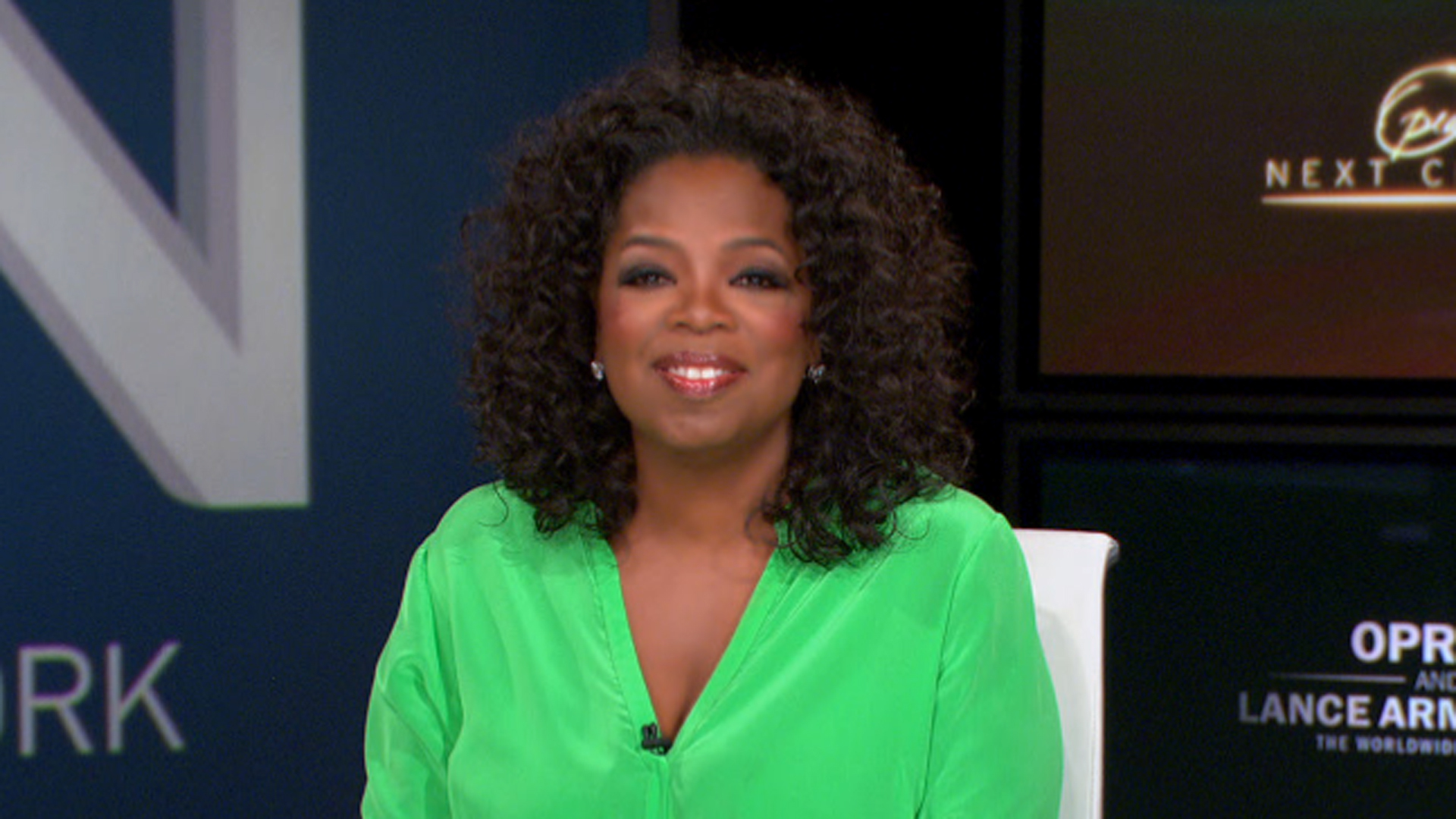 (CBS News) On Monday, in a "no-holds barred" interview with Oprah Winfrey, Lance Armstrong admitted to using performance-enhancing drugs to win the Tour de France, after denying doping allegations for over a decade.

Hours before the interview was taped, Armstrong stopped by the offices of his cancer charity, Livestrong, to issue a tearful apology to staffers.

Last fall the US Anti-Doping agency accused the seven-time Tour de France winner of running the most successful doping program in sports history. Agency CEO Travis Tygart told CBS News' Scott Pelley that Armstrong threatened anyone who challenged him. The interview was the cyclist's first public response to the USADA report.

Armstrong directly addressed the charges in his interview with Winfrey.

"The entire interview was difficult," Winfrey said Tuesday on "CBS This Morning."

And while the media mogul said they had agreed not to speak publicly before the interview airs on Thursday, "by the time I left Austin and landed in Chicago," she said, "you all had already confirmed it!" Winfrey went on to explain that while Armstrong "did not come clean in the manner that I expected" and that it was "surprising to me ... my team, all of us in the room ... I feel that he answered the questions in a way that he was ready."

"I can only say I was satisfied by the answers," she added.

Winfrey called the two-and-a-half hour interview "exhausting," and said at one point, Armstrong joked,"'Will there be a point where you'll lighten up? What about the questions about my mom?'"

She explained that she went in "prepared to have to dig and pull," but that "I didn't have to do that because he was pretty forthcoming."

While Armstrong was surprisingly willing to backtrack on years of denying the doping charges, Winfrey said she remains unsure about exactly why he chose to speak out now.

Winfrey also opened up about how she got the interview, explaining that she reached out to him via email "hoping he would talk to me" and he responded saying he was not ready to speak publicly, but suggesting lunch in Hawaii, where both stars were spending the holidays.

I stayed over [in Hawaii] an extra two days in order to accommodate his schedule and he came to visit me in Maui," she explained, describing the measures she took to keep the meeting private, including "clearing out" her house of guests and help and sending an unfamiliar driver to pick him up, so the car would not be recognized as associated with Winfrey.

Winfrey described the interview as emotional -- adding there were "a couple of times he was emotional" -- but said that "emotional doesn't begin to describe the intensity of the difficulty that I think he experienced in talking about some of these things."

For her part, she called it "certainly the biggest interview I've ever done in terms of its exposure," likening it to her 1993 live interview with Michael Jackson.

Her team decided to extend the interview into two nights on the OWN network, and the first part will air Thursday, Jan. 17, on OWN.

OWN fans and Armstrong followers who tune in will not be disappointed, according to Winfrey.

"All of the people who are wondering if he actually goes there ... I think that you will come away too understanding that he brought it, he really did."