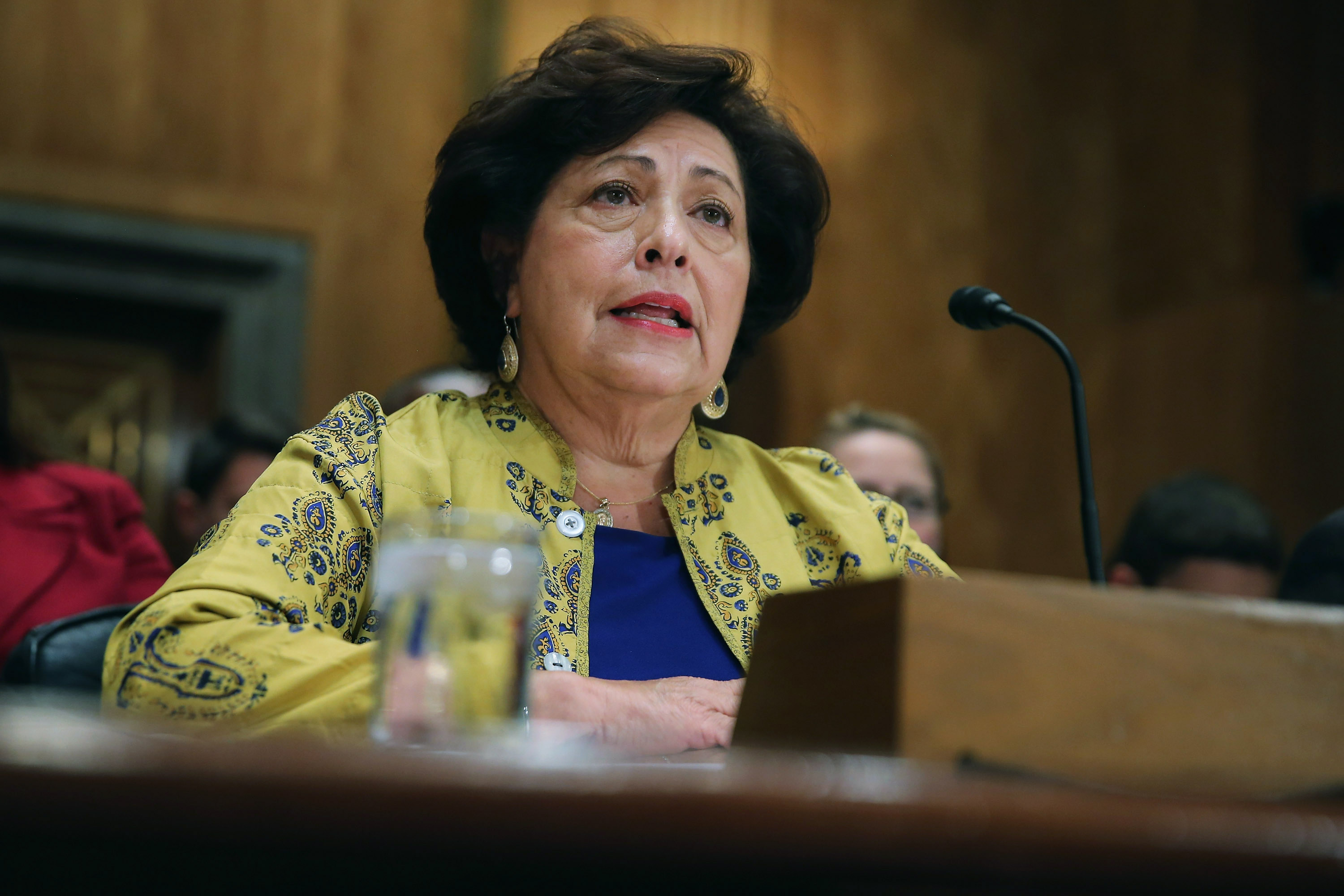 Archuleta's resignation is effective at the close of business Friday, according to the White House.

"New leadership with a set of skills and experiences that are unique to the urgent challenges that OPM faces are badly needed," White House spokesman Josh Earnest said Friday.

Starting Saturday, Beth Cobert will assume the role of acting director of the agency. Cobert is currently the U.S. chief performance officer and deputy director for management at the Office of Management and Budget (OMB). At OMB, Cobert oversaw the office of the chief information officer, and she led federal information technology (IT) spending.

Leaders on Capitol Hill have been notified that Archuleta will be stepping down, Garrett reports. Following the news of the OPM breach, Democrats and Republicans in Congress quickly called for her resignation.

Earnest said Friday that Archuleta did accomplish much at the helm of the agency. "It's precisely because of some of the reforms she initiated that this particular cyber breach was detected in the first place," he said.

Still, he said that Archuleta acknowledged -- and the White House agreed -- that new leadership was necessary for the agency to move forward, respond to the data breaches and implement steps to mitigate future risks.

"The resignation of the OPM director does not in any way absolve the president of the responsibility to repair this damage to our national security," House Speaker John Boehner, House Majority Leader Kevin McCarthy, House Majority Whip Steve Scalise and House Republican Conference Chair Cathy McMorris Rodgers said. "We know from last year's resignation of the VA secretary that a change in personnel does not always lead to real change."

An investigation into the hack concluded with "high confidence" that personal information, including the Social Security numbers of 21.5 million individuals, was stolen from OPM databases. Hackers also stole information about people's financial, personal, and employment histories. They stole information about 19.7 million Americans who were subjected to federal background checks as a condition of employment, as well as 1.8 million Americans who were listed as family members or friends of those applicants.