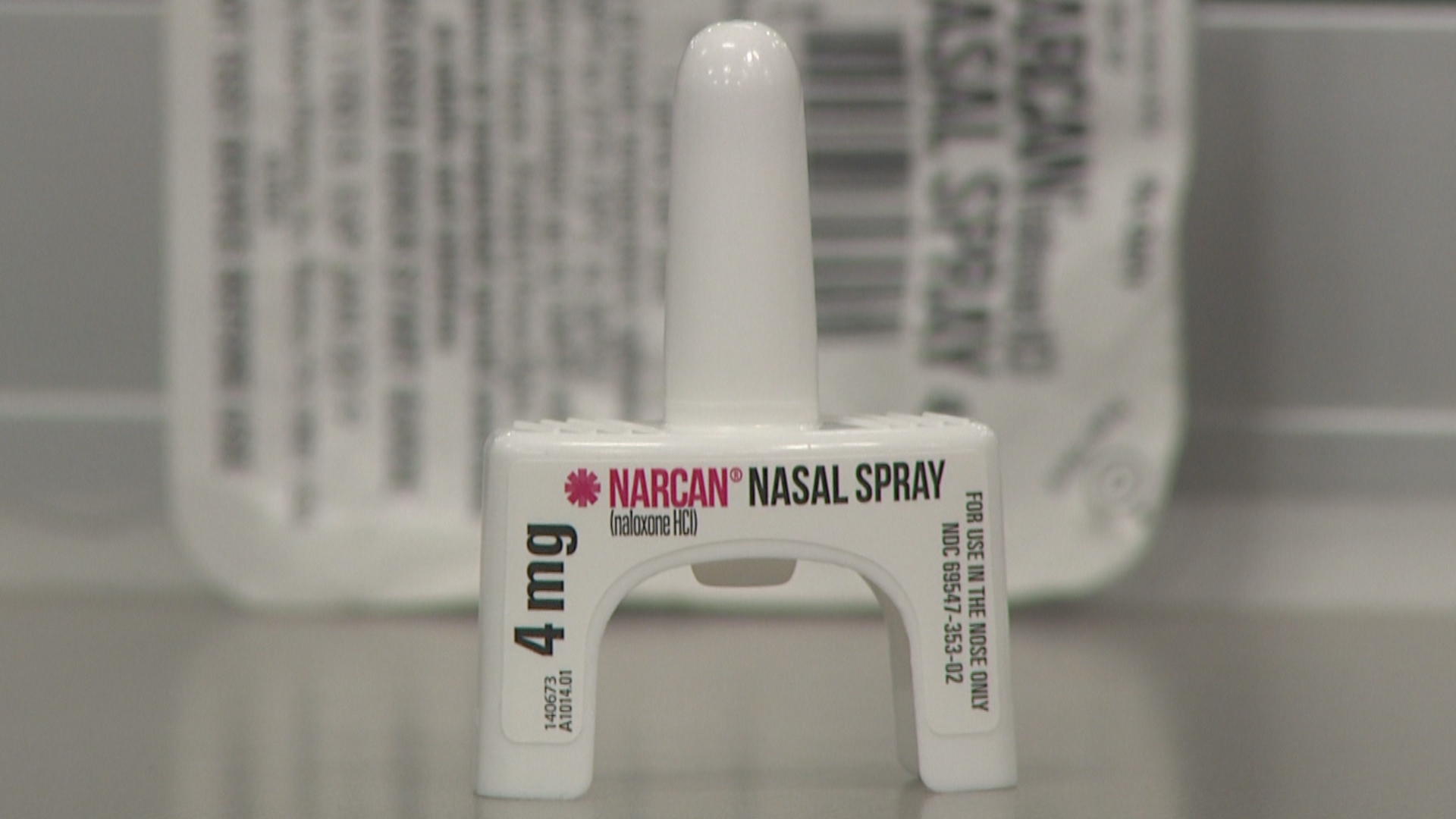 In the midst of what's considered the nation's worst public health crisis so far in the 21st century, one Ohio county is dramatically reducing the number of deaths related to opioid overdoses. A new report shows overdose deaths plunged by 31 percent in Hamilton County, which includes Cincinnati. There was also a 42-percent drop in emergency room visits. Health officials credit a new program that gives away the overdose-reversal drug Narcan for free.

One-hundred-fifteen Americans die every day from opioid overdoses. CBS News correspondent Don Dahler and his team went to Hamilton County and spoke to people who are facing the crisis head-on.

"It's just heartbreaking what's going on out there, and it's got to stop... It's an awful thing for a mom to go through," Kathie Mead said. She watched her daughter, Amy, struggle with opioid addiction from age 14 to 30.

"Every time my phone would ring, I would think, 'Is this a coroner's office calling for me to come and identify her body?'" Mead said.

Mead's daughter, Amy Parker, even used while pregnant with her daughter, Chloe.

"They finally decided that the right thing for to do and the best thing for her was for me to sign away my parental rights," Parker said.

Chloe is one of more than 2.5 million children living with grandparents because of a parent's addiction.

"It makes me feel sad because—that she wasn't really around for most of my life. And, well, she missed out on important milestones," Chloe said.

"It's hard for me to look at photos of her when she was young because I wasn't there... when she took her first steps. I wasn't there when she started school," Parker said.

Ohio had 4,854 accidental drug overdose deaths last year and 444 of those were in Hamilton County. Tim Ingram, the Hamilton County public health commissioner, said opioid addiction is a "huge problem" in the area.

"So we started to think about, 'How are we going to… keep people alive… until they're ready for treatment?'" Ingram said.

The answer? Narcan, an opioid-reversal drug. It revives the patient within seconds.

Since last October, the Narcan distribution collaborative has handed out more than 37,000 Narcan doses to the public.

"We got this idea... 'What would happen if we saturated the community, removed the cost, used data to put Narcan out in as many hands as possible?'" Ingram said.

Since the program started, opioid related overdose deaths decreased by 31 percent and emergency runs for overdoses dropped by 37 percent. We saw it first hand when we embedded with a team of first responders in Hamilton County. Last year, they saw at least eight overdose calls a day. This year, it's about five. And the day we were there: zero.

Dr. Shawn Ryan helped institute the Narcan distribution collaborative. Seventy-five percent of his patients with severe opioid use disorder were once revived with Narcan.

"It's a potential that almost none of those people would have made it to treatment if they hadn't had Narcan available," Ryan said.

Narcan gave Parker a second chance at life. She has been sober for more than six years and now helps others in recovery.

"If I had to go through that to get to this, I'd do it every day," Mead said, choking up with emotion. "I just can't tell you how proud—"

"Instead of ending it, it started it," Mead said.

Narcan contains the medicine naloxone, which works by targeting the brain to reverse and block the effects of opioids -- so if there are no opioids in your system, it won't affect you. Narcan is available at any pharmacy without a prescription.