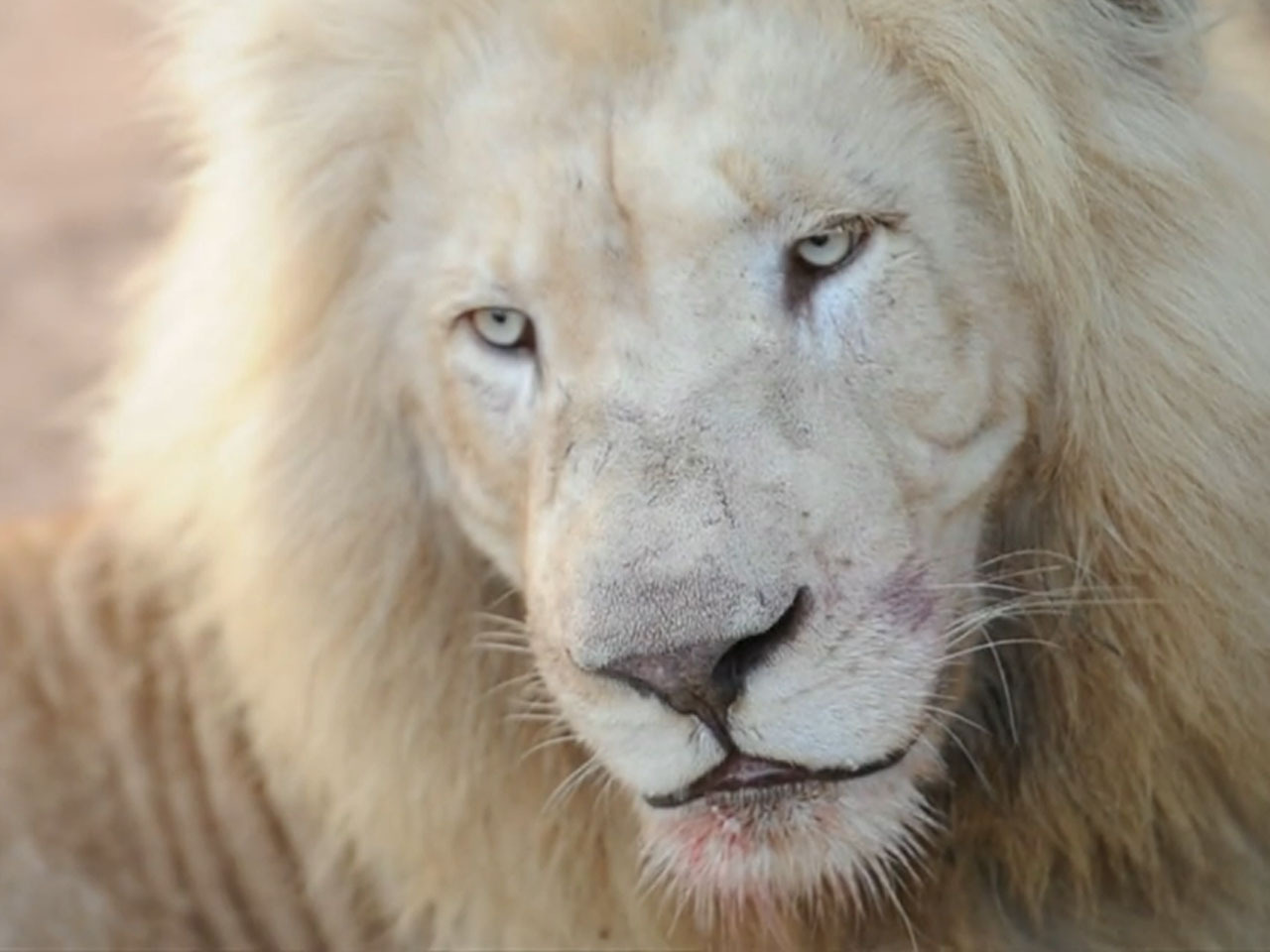 Lions are one of the most well-known animals on earth, but not everyone knows about a sub-sect of the species called the white lion.

These large felines are mostly identical to their brown family members, with the main distinction being the color of their coat. They are even in the same species category of Panthera Leo. A white lion is not an albino member of the species, as they do have some coloration in their eyes and in the skin around them. Their coats are a different color because they carry a genetic mutation or marker.

This mutation is also the reason they are not separately protected. Since these lions are still technically the same species, they do not have special protections that could be awarded if they were considered a subspecies to Panthera Leo.

One woman, Linda Tucker, is on a mission to save the white lions. She abandoned her career as a marketing executive in Paris and founded the Global White Lion Protection Trust to dedicate her life to saving these African felines. These big cats have definitely benefited from her support.

There are very few white lions in the wild today as they are not protected and hunted almost to the point of extinction.

There is a lot of debate as to whether or not these lions are easily hunted because of their genetic markers, as their coloring makes it harder for them to hide in with wild. However, Tucker states that these beliefs are inherently "untrue," and have not been scientifically proven.

"They can [camouflage] fantastically well, they are apex predators in command of their natural environment," Tucker said in an interview with CBSNews.com.

In fact, many people believe that they reason they are indigenous to the Timbavati region is that area has many white sandy beaches, which allows them to hide effectively and use their natural camouflage.

To see Linda Tucker's full interview, watch the video in the player above.