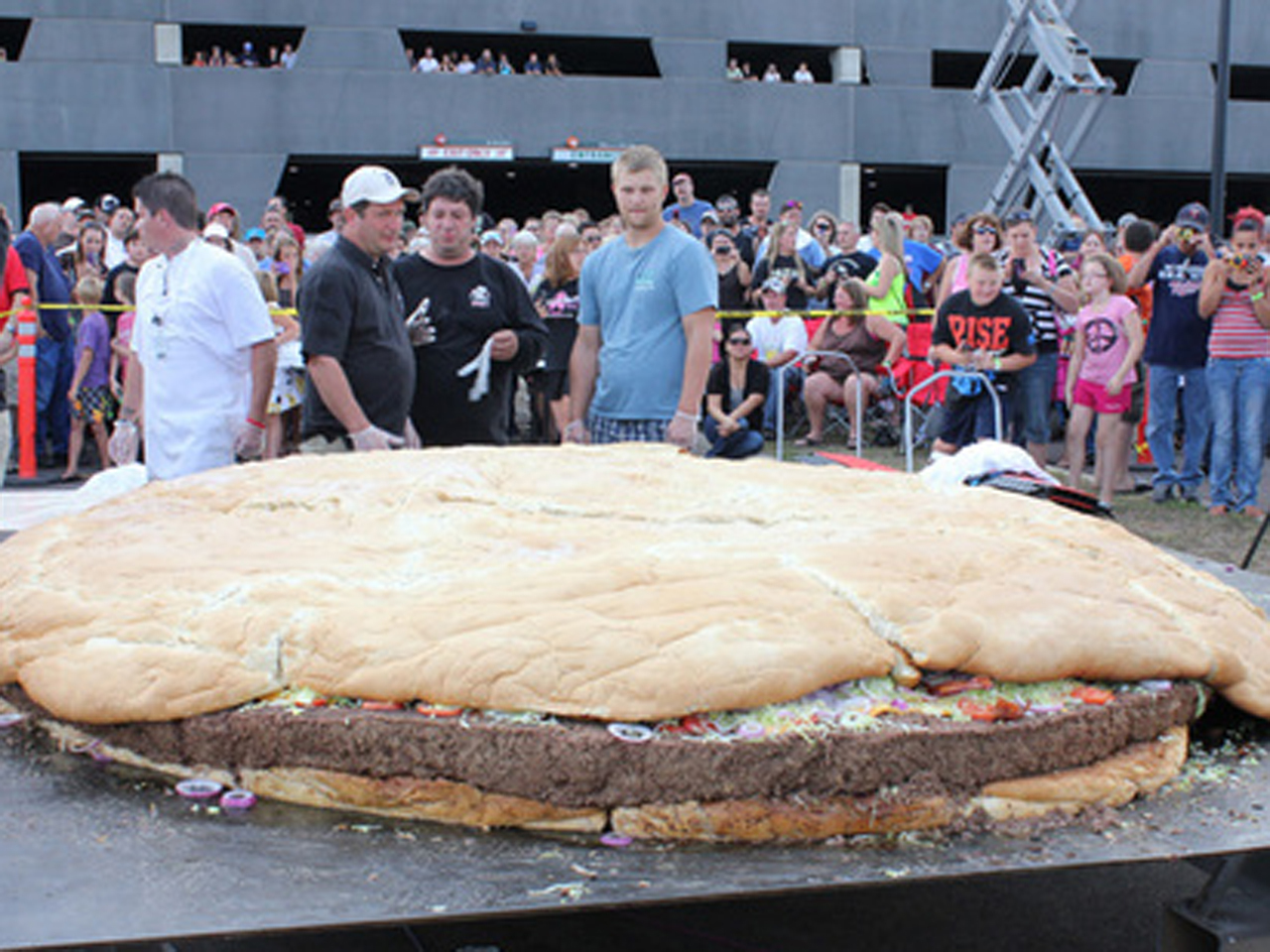 (CBS/AP) CARLTON, Minn. — A Minnesota casino has cooked up a world-record bacon cheeseburger that's 10 feet in diameter and weighs more than a ton.

The behemoth burger was served up Sunday at the Black Bear Casino Resort near Carlton. It tipped the scales at 2,014 pounds.

It took about four hours at 350 degrees to cook the patty andm ore than seven hours to bake the bun, the newspaper says, adding that an outdoor oven powered by propane torches and 15-foot steel skillets were specially-built for the feat.

A crane was used to flip the burger.