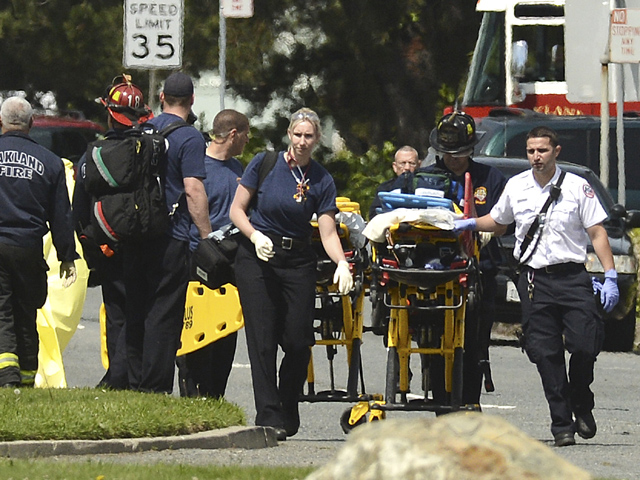 (CBS/AP) OAKLAND, Calif. - Authorities say that within one hour Monday, a 43-year-old former student named One L. Goh walked into Oikos University and began a shooting rampage that left seven people dead and three wounded, trapping some in the building and forcing others to flee for their lives.

It was an "extremely chaotic scene," police Chief Howard Jordan said of the deadliest campus shooting in five years.

The shooter walked into the University's single-story building, took a receptionist hostage and went looking for a particular female administrator, Jordan told CNN.

One witness said Goh told students: "Get in line and I'm going to kill you all."

Goh walked into a classroom, lined up students against a wall and shot them one by one, Jordan said.

"This was a calculated, cold-blooded execution in the classroom," he said.

He ended his rampage by driving off in a victim's car, police said. The gunman allegedly drove about three miles from campus before surrendering to officers inside a supermarket.

Jordan tells CBS News the suspect has told investigators he was expelled from the small, private university only a couple months ago, and his anger over that expulsion led him to return to the school on Monday with a loaded gun.

According to Jordan, Goh says he came back to the Oikos campus with the intention of shooting the school administrator, but when he couldn't find that individual, he opened fire essentially at anyone else he could find. Goh is a South Korean national.

Jordan said there were about 35 people in or near the building when the gunfire broke out. Of the seven fatalities, five died at the scene and another two at the hospital. The wounded victims are in stable condition, and at least one person has been released from the hospital.

The chief told GMA on Tuesday the victims ranged in age from 21 to 40. "This unprecedented tragedy was shocking and senseless," Jordan said.

The details of the shooting at the private Christian college in east Oakland surfaced early Tuesday as police interrogated the suspect, the 43-year-old Goh.

They expect to file charges against him by Wednesday, Jordan said.